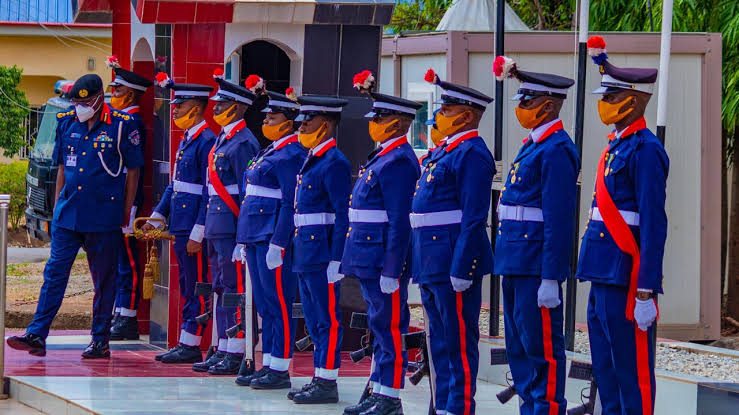 2023 Election: NSCDC Set Up Anti-Corruption Unit Ahead Of General Election.

The Nigeria Security and Civil Defence Corps (NSCDC), and the Independent Corrupt Practices and other related matters Commission, (ICPC), have set up special Anti-Corruption and Transparency Units, ( ACTU), across its formations in the country ahead of the 2023 general elections to curb corruption among personnel.

Commandant General of the Corps associate professor Ahmed Audi made this known at an inauguration ceremony he held at the national headquarters of the agency yesterday in Abuja.

“This ceremony could not have been fixed at a better time than this. The country is preparing for elections and this ACTU personnel, after induction, would help us enshrine integrity in the conduct of personnel in the election period.

“They would enlighten both NSCDC personnel and civilians about the need for integrity, as well as the Anti-Corruption stance of the Corps for the elections,” he said.

The CG who launched the ACTU public complaints box to be strategically placed for Nigerians to access and make complaints, also declared the NSCDC’s zero tolerance for corruption, saying, “From the inception of this administration, we made it clear that we will do things as transparently as statutorily required.”

According to him, his administration had dismantled favouritism and other crass sentiments in the corps while also promoting competence and professionalism.

Audi said, “I am certain that these inaugurated ACTU heads, led by Commandant Remi Ekundayo, will justify the confidence the corps has invested in them through hard work and humility in carrying out their duties and functions as required by ACTU Standing Order.”

Chairman, of ICPC, Professor Bolaji Owasanoye commended the efforts of the Corps in joining the fight against corruption, saying the effort contributed to the rating of the Corps on the 2022 ICPC transparency rating.

Represented by Mr Olayinka Ayegbayo, Owasanoye disclosed that the Corps had a score of 75.5% which connotes substantial compliance and ranked 38th position out of the 260 MDAs assessed.

He further charged the ACTU heads to effectively discharge their duties, saying; “Do not betray the confidence reposed in you avoid any questionable act given the strategic role you are expected to play.”