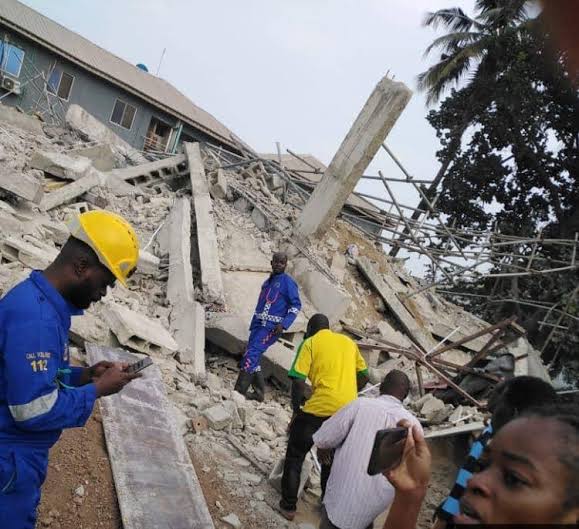 A total of 30 buildings collapsed in Lagos state within 7 months- LASEMA.

The Lagos State Emergency Management Agency (LASEMA)yesterday, revealed that at least 30 collapsed buildings were recorded in various incidents which occurred between January and July 2022 in Lagos State.

The latest data was contained in a comprehensive recorded incident which happened during the period under review, released by Permanent Secretary of the agency, Dr Femi Oke-Osanyitolu, yesterday.

According to the data, out of the 973 emergency cases recorded across the metropolis, Alimosho council area topped the list of occurrence.

Also, the highest recorded emergency incidents occurred in January, while April had the lowest.

The incidents subsequently, dropped in February with 155, while it peaked again in May and July with 160 and 140, respectively.

Alimosho recorded the highest with 145 cases and Badagry recording the lowest with just two emergency incidents out of the 20 recognized councils, along respective LCDAs.

Also, a total of 337 road accidents were recorded during the period under review.

Fire disasters recorded 103 cases with, outbreak, truck, and vehicle recording 93, 2 and 8 respectively, among other recorded emergencies during the period under review.