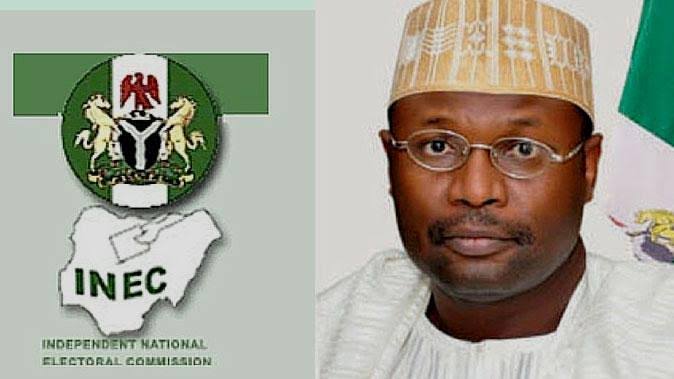 A total of 95million Nigerians are eligible to vote in the 2023 elections- INEC chairman.

No fewer than 95 million Nigerians are eligible to elect Nigeria’s next President in February 25 next year, says the Independent National Electoral Commission (INEC)

INEC Chairman  Mahmood Yakubu announced the figure during an event organised by the National Endowment for Democracy (NED) and the International Foundation for Electoral Systems (IFES) in Washington D.C, United States, yesterday.

Yakubu said:  “There are 18 political parties in the race to produce the next President to be elected by 95 million voters. We had over 84 million registered voters in 2019.  But with the last Continuous Registration of Voters (CVR), we are going to add at least 10 million Nigerians and that will take the Register of Voters to 95 million.”

The INEC  boss added that “the election is significant because the incumbent President(Muhammadu Buhari)  is not eligible to run, this being his second and final term.

“I say this and I won’t be tired of saying it to an audience like this: In West Africa, there are 15 countries, including Nigeria. But the total number of registered voters in the 14 countries combined is 73 million. In Nigeria, it’s going to be 95 million.

“Their names, ages, disability status, academic qualifications, the party they are representing, and the constituency they are contesting in are all on our website for both the national and state elections.

“The timetable released by our commission in February this year identified 14 critical activities to be accomplished by the commission leading to the election day. So far, nine out of the 14 activities have been successfully accomplished and campaign by political parties and candidates has commenced nationwide.

“We learnt a lot of lessons from the general election conducted in 2015 and 2019 as well as the 103 off-cycle elections and bye-elections since the 2019 general elections. We have introduced innovations to increase transparency and ensure the credibility of the electoral process.

“The new Electoral Act with its many progressive provisions has provided legal backing to the innovations. On this note, I’ll like to appreciate the civil society organisations and other stakeholders for the intense advocacy leading to the passage of the new law.

“We were there before and almost there in 2018, but there was no new law passed, which made it very, very difficult for the Commission, because we were waiting for the Electoral Act to be passed, it wasn’t passed. For that reason, we couldn’t conclude our Regulations and Guidelines, which draw from the provisions of the Electoral Act and we could also not speedily conclude our manuals for the training of ad-hoc staff. But we are very happy that this one was concluded long before the election. It gives us ample time for planning.

“These innovations are now provided for and protected by law, especially those leveraging on technology to improve voter registration, voter accreditation, result management, and the promotion of inclusivity for marginalized persons such as women, youths, and persons with disability.

“For the first time in the history of voter registration in Nigeria, citizens were given the opportunity to commence their registration online, book an appointment at their convenience to complete the registration physically at designated centres by going there to capture their facial and fingerprint biometrics.

“Those who don’t have access to the internet have the option of completing their registration physically at the designated centres.

“The online option was introduced on the recommendation of many stakeholders, particularly young persons. Some of them approached the Commission and said that “if you can introduce something online so that we don’t have to go the physical centres, it will be very helpful.”