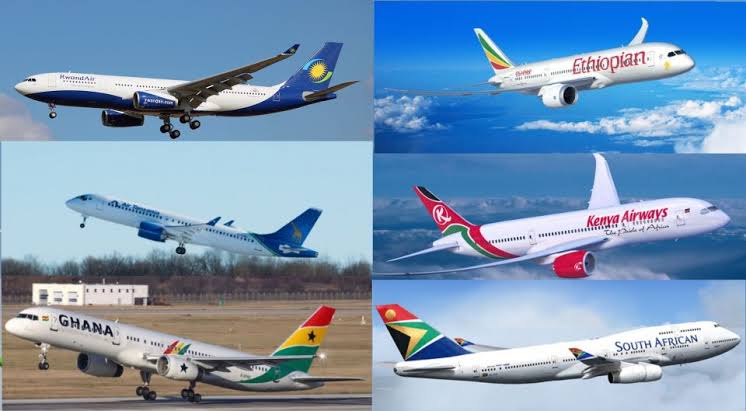 Despite the acclaimed potential of the Nigerian market and the continent at large, African countries are conspicuously missing in emerging innovations that will shape the next phase of global air travel.

Specifically, advanced economies and their airlines are testing the waters in the areas of Sustainable Aviation Fuels (SAFs), new technologies in airport operations and other sustainable solutions like the ban on single-use plastics onboard – all of which are targeted towards zero emissions.

With all African countries and airlines missing in the pilot phases and ongoing research, stakeholders are worried that the continent may be left behind in the operations and prospects of contemporary aviation.

Notably, global aviation has been angling for alternative fuels with less carbon footprints. They have been experimenting with the use of cooking oil, synthetic fuel and hydrogen, to gradually become the new aviation fuel by 2050.

Just recently, SAF gained much traction in North America. At the summit of the Americas early June, the International Air Transport Association (IATA), in cooperation with Boeing, hosted a roundtable on sustainable aviation with carriers from the region using 100,000 gallons of SAF.

Oneworld Alliance members will purchase up to 200 million gallons of SAF per year from 2027. Shell, Accenture, and American Express Global Business Travel (Amex GBT) are jointly launching Avelia, one of the world’s first blockchain-powered digital SAF book-and-claim solutions for business travel. It’s the largest SAF book-and-claim pilot at launch, offering around one million gallons of SAF.

Similarly, United Airlines have become the first U.S. airline to sign an agreement to purchase SAF out of Amsterdam’s Schiphol airport, while Southwest Airlines announced an investment into the SAFFiRE Renewables startup as part of a Department of Energy-backed project to develop and produce scalable SAF.

Hawaiian Airlines and Par Hawaii are not left out. They announced plans to join forces to study the commercial viability of locally-produced SAF. Fulcrum BioEnergy also announced the completion of commissioning and the initial operations of its Sierra BioFuels Plant, the world’s first landfill waste to renewable transportation fuels plant.

Indeed, the future of SAF-powered aviation is more real than anticipated. Already, over 50 airlines and 450, 000 flights have take-off on SAF. According to IATA, over 100 million litres were produced in 2021 and about $17 billion of SAF are in forward purchase in 2022. Worldwide, the aviation industry demand for SAF will reach 330-445 billion litres by 2050.

In October 2021, IATA member airlines committed to net zero emissions by 2050. The path to achieve this will involve a combination of SAF, new propulsion technology, infrastructure and operational efficiencies, and carbon offsets/carbon capture to fill any gaps.

IATA’s Director General, Willie Walsh, noted that net zero by 2050 would require a global transition for aviation to new fuels, technologies and operations.

Walsh said: “The significant investments to get there will need a solid policy foundation aligned with a global way forward. We need governments to set a framework to incentivise production of SAF and ensure it is as attractive to produce as automotive biofuels,” he said.

Apparently heeding to the charge, a team of energy industry companies in Panama, led by SGP BioEnergy, joined the government of the country to announce the development of the world’s largest biofuels production and distribution hub.

In Thailand alike, Bangchak has signed a Memorandum of Understanding with Thanachok Oil Light to produce SAF locally. In Australia, The Qantas Group and Airbus will invest up to $200 million to accelerate the establishment of a SAF industry in the country, in a landmark agreement.

In Europe, the Imperial College London is establishing a groundbreaking research institute dedicated to developing clean, safe and sustainable air-travel. In Spain, Repsol and Iberia took another step in their alliance to reduce emissions in the airline industry with the first long-haul flights using biofuel produced in Spain from biological waste.

The airports are also not left out of the rash of innovations. Paris airports operator, Groupe ADP, has lately announced an agreement with energy technology firm Air Liquide in a joint venture to support development of hydrogen infrastructure for air transport.

Airbus and industrial gases and engineering company Linde have partnered to develop hydrogen infrastructure at airports across the globe. The planemaker will also launch a Zero Emission Development Centre (ZEDC) for hydrogen technologies at their Filton facility in the United Kingdom.

Aircraft engine manufacturer, Rolls-Royce, is entering the hydrogen production market and acquiring a majority stake in electrolysis stack specialist Hoeller Electrolyzer, whose innovative technology will form the basis of a new range of mtu electrolyzer product.

IATA had lately estimated Africa, with Compound Annual Growth Rate (CAGR) of 4.6 per cent, to be the untapped market of global aviation. It projected that an extra 199 million passengers will bring the total market available to Nigeria and other African airlines to 334 million passengers by 2037. But the continent is not as keen on the wave of operating innovations.

Aviation enthusiast, Bamidele Akanji, said it was regrettable that Africa, especially Nigeria, were not preparing for emerging opportunities.

“There is a lot we could have done through research and development, and by contributing to emerging trends. But nothing is on the ground. Even the basic infrastructures that are currently being phased out in other places, we are still struggling to use them efficiently. Above all, we need to get our hearts together so that our airlines don’t get thrown out of global aviation,” he said.