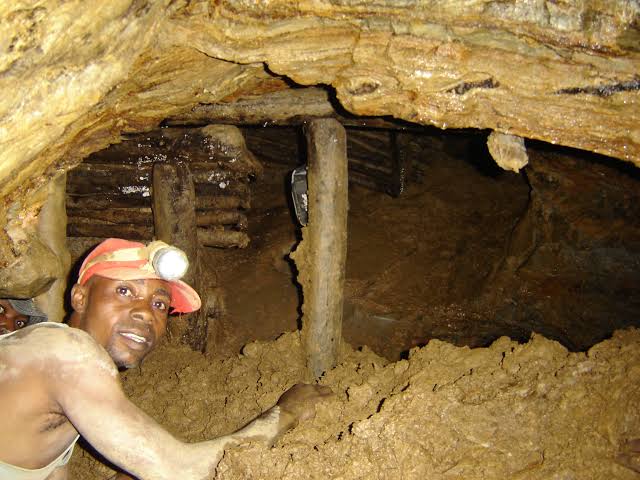 Artisnal Miners Can Apply For Loan Of 100milion – Minister.

The Nigerian government has revealed that artisanal miners can access N100 million loans at low-interest rates to boost the diversification of Nigeria’s mining industry.

This was disclosed in an interview by Nigeria’s minister of mines and steel development, Mr. Olamilekun Adegbite, on Sunday in Abuja at the News Agency of Nigeria (NAN) Forum.

He added that the first step towards accessing the loans is for artisanal miners to form cooperatives.

Adegbite noted that artisanal miners can expand their operations by registering with cooperative societies, which will enable them to access as much as N100 million loan at only five percent interest rate.

The minister added that the loan repayment could span a period of 20 years, which is fixed at a low rate for artisanal miners to encourage diversification of the economy.

10 miners form cooperatives of 10 people when approaching the ministry for the loan  to make the process seamless, adding that doing so makes them a priority for the ministry, which enables them with the appropriate equipment and license.

“I was told we have more than a thousand cooperatives that have registered with us. Some of them have successfully transited from artisanal miners to small-scale miners.

“There are still many of them out there but we are winning because we are winning them over with incentives. So, because they are working, they are paying revenue to the government by paying their royalty, so it is a win-win situation,” he said.

In case you missed it: Recall Nairametrics reported last year that the minister of mines and steel development, Mr. Olamilekan Adegbite said the federal government may expand its N200 million fund for artisanal miners, depending on the scheme’s success.

The minister revealed that mining funds totaling N3.2 billion have been domiciled with the Bank of Industry (BoI) to boost mining exploration in Nigeria.

The FG stated last month that it has placed Lithium (the key component for making batteries in electric vehicles), as one of its priority minerals for exports, and expanding Nigeria’s mining sector.