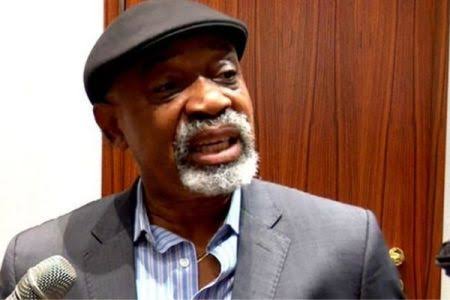 The crisis between striking Nigerian university lecturers and the Federal Government has worsened,

Members of the Academic Staff Union of Universities told our correspondent accused the Federal Government of “sabotaging efforts to ensure standard education for Nigerian youths”.

The lecturers also expressed anger over comments made by the President, Major General Muhammadu Buhari (retd.), and Minister of Labour and Employment, Dr Chris

ASUU started its ongoing strike on February 14 after the Federal Government failed to meet some of its demands including, the release of revitalisation funds and earned allowances, renegotiation of the 2009 FGN/ASUU agreement, and deployment of the University Transparency and Accountability Solution.

Buhari had in a statement issued by the Senior Special Assistant to the President on Media and Publicity, Malam Garba Shehu, said, “truly, enough is enough for keeping students at home”.

On his part, Ngige in a statement on Wednesday accused the President of ASUU, Prof. Emmanuel Osodeke, of misinformation, claiming that there was no Collective Bargaining Agreement between FG and ASUU awaiting signing by the President.

While appearing as a guest on Channels TV’s Sunrise Daily, Osodeke, lambasted Ngige for his “insulting” comments.

“What the Minister of Labour has done is a complete insult to the character of people like Professor Nimi Briggs, Senator Chris Adighije, Professor Olu Obafemi,” Osodeke

“The minister instead of looking for how to resolve the problem is busy abusing his colleagues, abusing even the Minister of Education,” he said.

“It is so sad that we have gotten to a stage where our children are lamenting at home and the Minister of Labour is busy churning out fake information and misinforming the public, trying to undermine the integrity of ASUU,” the professor added.

Reacting to Buhari’s comment, the ASUU president said, “I do not understand why Mr President said that ‘enough is enough’, when we are not the one delaying the students at home.

“The Federal Government had sent its team to negotiate with us and we have finished. Instead of coming back to us to tell us the outcome of the meeting, we are hearing this.

“If you set up a committee to negotiate on your behalf, and the committee has finished and they have brought the information to you to sign and then you said enough is enough, what does this mean?” he asked.

The Prof. Nimi Briggs-led negotiation committee was set up by the Federal Government on June 7 to renegotiate the 2009 Agreement with ASUU and submit its report to the Education Minister, Mallam Adamu Adamu in three months.

It is also to renegotiate in realistic and workable terms the 2009 Agreements with other University-Based Unions; negotiate and recommend any other issue the Committee deems relevant to reposition the NUC for global competitiveness; and submit proposed draft agreements within three months from the date of inauguration.