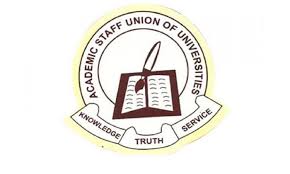 The institutions, based in Kano, Kaduna and Katsina, said although the ASUU strike was not something to celebrate because of its negative impact on the education sector, they were reaping from it.

In Kano, sources from five private universities who spoke to NAN, said the over six months old strike had resulted in a boost in their enrollment figure.

He said that about 1,000 students were matriculated, which is the university with the highest number of students in the country.

“Out of the 111 private varsities in Nigeria, it is the only varsity that started with the highest enrollment in the country,” he said.

On his part, the Proprietor of Al-Istiqama University, Sumaila, Alhaji Abdurrahman Sumaila, said the ASUU strike had boosted their enrollment figure.

“ Al-Istiqama University is witnessing increase in its enrollment this time around, courtesy of the ongoing nationwide strike by the Academic Staff Union of Universities (ASUU).

“Though that could not be the only factor that led to the recent development, however, it has contributed immensely.

“As I am speaking to you, we have between 400-500 applicants for various courses on our website waiting for approval, and this is prior to the commencement of admission for the next academic year.

“This is to tell you that when the admission starts, the figures will surely increase ,” he said

Kawu-Sumaila added that dozens of students from various public universities were also joining Al-Istiqama University on transfer since the commencement of the ASUU strike.

Also, the Registrar, Skyline University, Kano, Mr Haruna Aliyu, said that the institution admitted 170 students into level one in August, 2022.

He said that admission was still ongoing, adding that the school received more students this year, compared to 2021.

“In 2021, 162 students were enrolled into the Skyline University, but this year, we were able to register 170 students.

“Most of the students were transferred to Kano Campus from outside the country because they could not continue to school abroad due to increase in the dollar exchange rate.

“Students on transfer must study in Skyline for two good years before they graduate.

“This year, we also received about 36 transfer from neighbouring university which include Bayero University, Kano and Yusuf Maitama Sule University, Kano, among others,” he said

According to him, the school offers 18 courses in three faculties namely, the School of Science and Information Technology, School of Arts and Management Studies and Medical Sciences.

Aliyu further explained that during the 2022 JAMB exam, 257 students chose Skyline as their first choice while 165 chose the institution as second choice

On her part, The Public Relations Officer, Capital City University, Mrs Walida Bello, said that due to ASUU strike, parents had been coming to make enquiries to enroll their children in the university.

“So far, 22 people came and collected admission forms, out of which eight had filled and returned the forms.

“Some have brought their credentials for screening to check if they are qualified for admission, while others who choose Baba Ahmed as second choice were asked to buy green card and make the school as their first choice to enable them gain admission”, he said.

Meanwhile, the Greenfield University, the first private university in Kaduna State, said but for the security challenges, the institution too would have recorded a boost in enrollment, courtesy of ASUU strike.

Dr Valantine Nwakacha, Dean of faculty of Science and Technology of the university, said that the volatile security situation in the state was discouraging prospective students who wanted to enroll to study in the university.

Nwakacha, a former Director of Academic Planning in the university, said that Greenfield University began academic activities under the 2018/2019 academic session, with 13 students.

He said that while the lingering strike by the ASUU provided opportunity for enrollment of students to swell, insecurity had snatched such an opportunity.

The official, who said that the total enrollment currently stood at about 85, stressed that the number would have been more because of the facilities provided, as well as the standard and quality academic programmes offered by the institution.

“Just when many students were beginning to indicate interest in the university, bandits invaded the university in April 2021and kidnapped some of our students.

“As a result, some of the students left the university because of the insecurity, while others were killed; this unfortunate incident made prospective candidates to change their minds, for security reasons.

“This development forced us to relocate the university, formerly located at KM 33 along Kaduna-Abuja expressway, to Kudenda in Chikun Local Government Area of the state,” he said.

Nwakacha said that the 2022/2023 academic session would commence in two to three weeks time, adding that so far, about 50 students were seeking admission.

In Katsina, the Head of the Public Affairs and Communications of Al-Qalam University, Alhaji Akilu Abubakar said it would only show in their next admission if there was any increase in student’s enrollment.

Abubakar explained that by Feb. 2022, the University had already started registration for the session, saying that was the period when ASUU members began their strike.

Abubakar further said that the students of Al-Qalam had completed their first semester, went on break, and had now returned for their second semester.

He added that the University may not have the statistics of the enrollment until January 2023 when the admission list for the 2022/2023 academic session would have been released.

” I have been receiving a series of calls from people, especially parents, who said they are losing confidence in the public universities due to the persistent ASUU strike.

“They have been asking when Alqualam is commencing the next admission because they are planning to return their children to the institution”, he said.