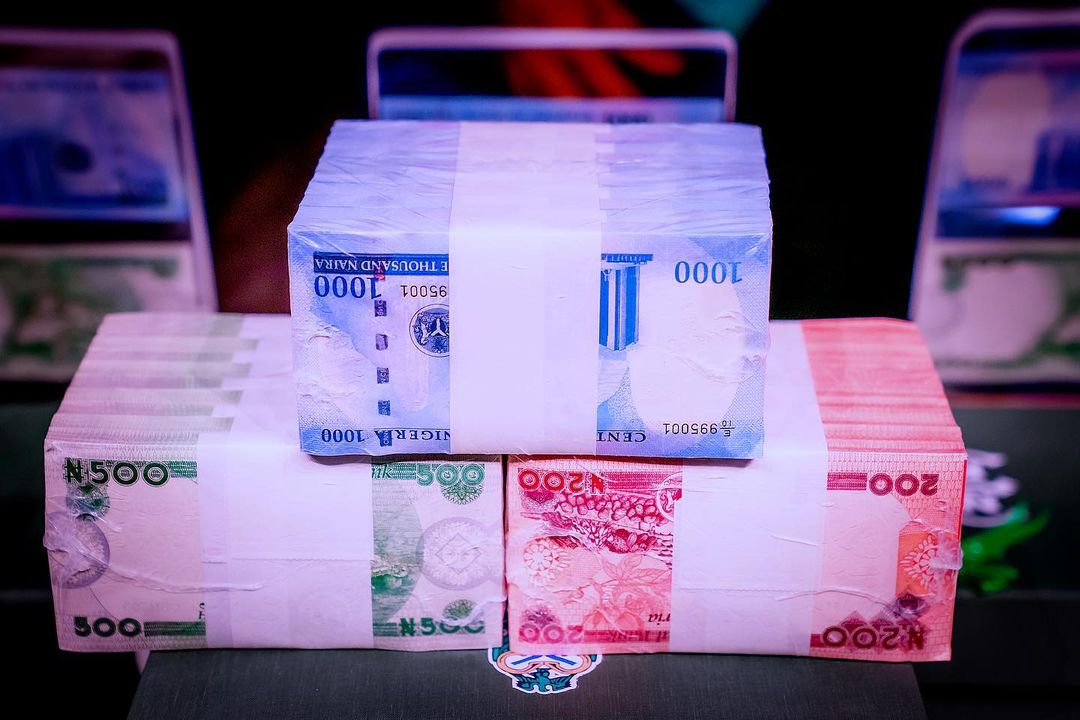 Banks Struggle With New Naira Note Shortage Ahead Of Deadline.

Eight days to the January 31 deadline set by the Central Bank of Nigeria to stop the old N1,000, N500, and N200 notes from being legal tender, banks’  Automated Teller Machines in Lagos, Abuja and other parts of the country are still dispensing the old notes, findings by The PUNCH have revealed.

Despite the apex bank and depositing banks’ assurances that Nigerians would begin to receive the new naira notes from ATMs across different platforms, findings as of Sunday showed that many ATMs belonging to the financial institutions were dispensing the old notes.

Although some of the ATMs visited in Lagos, Abuja, Ogun, Osun, and Gombe, among others, dispensed the new notes, The PUNCH observed that banks were still loading a significant number of their ATMs with the old naira ntes which are due to be phased out by the CBN in about a week’s time.

When The PUNCH visited some bank ATMs along the Ikotun-Idimu Road, Lagos on Sunday morning, it was observed that several ATMs were dispensing the old notes with only a few dispensing the new notes.

While customers got the new notes from Sterling Bank ATM on the axis, Access Bank ATMs dispensed the old notes.

Findings by The PUNCH showed that five of the seven banks visited by our correspondent were still dispensing the old notes to customers.

At the Guaranty Trust Bank on 50, Ogunusi Road, Ojodu area of Lagos, all three ATMs adjacent to the main building of the bank were dispensing old notes around 1 pm when one of our correspondents visited the place.

When The PUNCH visited the ATMs at Access Bank in the same Ojodu axis, only the old naira notes were available to the customers.

Meanwhile, a different report was observed at all the ATMs in the premises of First Bank Plc located opposite Michael Agbaje World Outreach, Aina Junction, Ojodu.

All three ATMs were dispensing the newly redesigned naira notes when The PUNCH visited the bank.

However, the eight ATMs at the Zenith Bank located on Ogunusi Road were seen dispensing the old notes in different denominations.

Although some bank customers said they received the newly redesigned notes,  when The PUNCH visited the United Bank for Africa’s ATMs in the area, some of the machines were however seen dispensing the old ones.

The ATMs located inside the premises of GTBank at Gate, Oke-Afa, Lagos, were seen dispensing a mixture of old and new notes, with the old notes surpassing the new ones.

One of our correspondents who monitored ATMs on Oba Akran Road in the Ikeja area of Lagos found a Wema Bank ATM dispensing old N1,000 notes.

“Banks are still limiting the amount of new notes they give to us. So, we also have a few to give to our customers, ” one of the PoS operators in Ikorodu told The PUNCH.

In Abuja, some of the ATMs visited along the Airport Road dispensed old notes while a few others dispensed new naira notes.

The PUNCHvisited ATMs of Access Bank and United Bank for Africa located at the Federal Secretariat on Sunday.

However, one of our correspondents who visited UBA and First Bank ATMs located at Maitama observed they were out of network and, as such, couldn’t tell if they were dispensing the new notes.

Meanwhile, only the old naira notes were dispensed at Zenith Bank in the area.

When our correspondent asked for explanations, an official on duty queried, “Is the money no longer a legal tender?”

In Osogbo, Osun State, some bank ATMs dispensed the old notes, especially in some remote parts of the state. However, most of the banks in the Osogbo capital failed to load their ATMs apparently to avoid CBN sanctions.

Meanwhile, it was observed that the majority of the PoS within the Osun State capital were still giving their customers the old notes, explaining that they had yet to get the new notes.

A PoS operator at Sabo Area of Osogbo, Tiamiyu Omoyeni, said many of the operators still had large volumes of the old notes.

He said, “Most of us don’t have enough new notes and we may continue to give our customers old notes for now.”

In Abeokuta, the Ogun State capital, as of Sunday, several commercial banks’ ATMs were still dispensing the old naira notes to their customers.

Many customers, who made withdrawals from bank ATMs in Abeokuta, were disappointed at the development.

The ATMs located in Oke-Ilewo, Abeokuta, Panseke and Asero were still dispensing the old naira notes.

In Gombe State, several ATMs were still dispensing the old notes with PoS operators complaining of not being able to access the new notes.