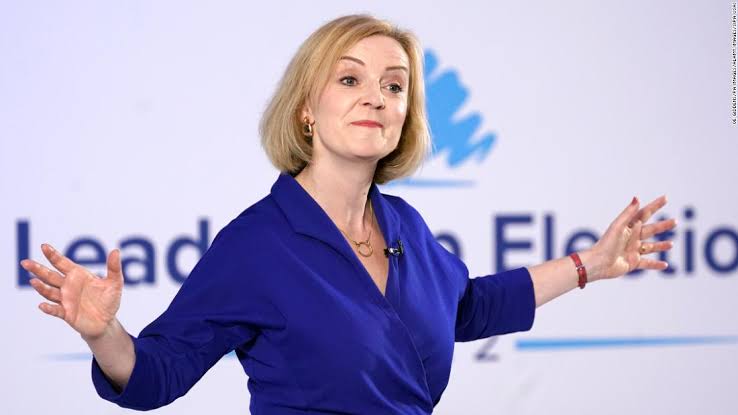 Liz Truss will be the UK’s next prime minister — after winning the Conservative Party’s leadership contest on Monday.

She will formally take over as prime minister tomorrow, after months of scandals plunged Boris Johnson’s administration into crisis and forced him to resign.

Truss will inherit a cost-of-living crisis, the aftershocks of Brexit, a war in Europe and dropping support for the Conservatives in the opinion polls.

The incoming UK prime minister has promised a “bold plan” to cut taxes and said she will address spiralling energy prices that are driving a cost-of-living crisis in the country.

But Liz Truss offered no details of what either plan will involve; throughout her campaign, her critics, including opponent Rishi Sunak, have pushed her to detail her next steps, with households facing another spike in costs next month.

“I will deliver a bold plan to cut taxes and grow our economy,” Truss said. “I will deliver on the energy crisis, dealing with people’s energy bills.”

Liz Truss began her victory speech by congratulating her opponent, Rishi Sunak, who pushed her closer than many expected in the final ballot.

She then gave a hearty tribute to Boris Johnson, who she will replace as prime minister on Tuesday after months of scandals forced him to resign.

“Boris: you got Brexit done, you crushed Jeremy Corbyn, you rolled out the vaccine, and you stood up to Vladimir Putin,” Truss said. “You are admired from Kyiv to Carlisle.”

Liz Truss, who has served as Boris Johnson’s foreign secretary for the past year, won 57% of the votes of Conservative Party members to become its leader. Rishi Sunak took 43%.

It was a closer than anticipated victory for the longtime favorite, who was popular among party members but won the support of less than a third of her MPs earlier in the leadership contest.

Truss is giving a speech to the Conservative Party conference now; she becomes the party’s leader immediately, and will officially take over as prime minister on Tuesday after meeting Queen Elizabeth II.

Liz Truss — a tax-cutting crusader who has modeled herself on Margaret Thatcher and endeared herself to the Conservative Party’s pro-Brexit right wing — has won its leadership election and will take over from Boris Johnson tomorrow as the UK’s new leader.