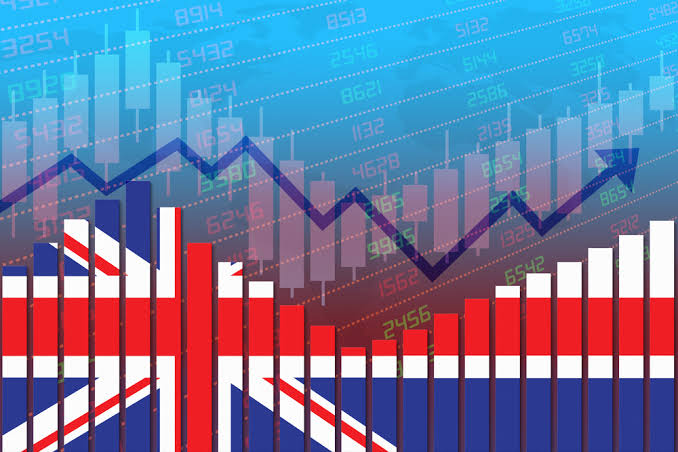 British inflation surged to a new 40-year high in July on rising food prices, official data showed Wednesday, adding to a cost-of-living crisis as the country faces the prospect of recession.

The Consumer Prices Index accelerated to 10.1 percent last month from 9.4 percent in June — a 40-year record at the time — the Office of National Statistics said.

The Bank of England warned earlier this month that inflation will climb to just over 13 percent this year, the highest level since 1980.

It also projected that the country would enter a recession that would last until late 2023, with official data last week showing Britain’s economy shrank in the second quarter.

“I understand that times are tough, and people are worried about increases in prices that countries around the world are facing,” said finance minister Nadhim Zahawi following the release of the latest inflation data.

“Getting inflation under control is my top priority, and we are taking action through strong, independent monetary policy, responsible tax and spending decisions, and reforms to boost productivity and growth,” Zahawi said.

He said the government is “helping where we can” through its £37 billion support package.

Britain is facing a cost-of-living crisis, with wage values falling at a record pace.

The deteriorating economy will be inherited by Prime Minister Boris Johnson’s successor after he leaves office next month, with fellow Conservatives Liz Truss and Rishi Sunak vying to take the reins.

The central bank raised its key rate by 0.50 percentage points to 1.75 percent at its last policy meeting, the biggest hike since 1995

The BoE move mirrors aggressive monetary policy from the US Federal Reserve and the European Central Bank last month, as the world races to cool red-hot inflation that has been fuelled by Russia’s invasion of Ukraine.

The UK’s statistics office said the “largest movements” in the CPI in July came from food.

Bread and cereals were the largest contributors to the rise in food prices, followed by milk, cheese and eggs.

“Price rises in other staple items, such as pet food, toilet rolls, toothbrushes and deodorants also pushed up inflation in July,” he added.

The cost of raw materials and goods leaving factories continued to rise.