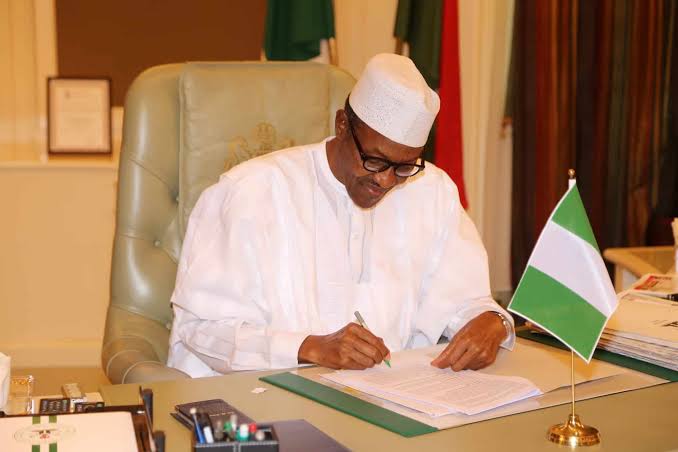 The President, Major General Muhammadu Buhari (retd.), has given approval to the recommendation for the Nigerian National Petroleum Corporation Limited to invest N1.9tn in the reconstruction of 44 federal roads under the tax credit policy.

He gave the approval during the Federal Executive Council meeting, which was held at the Presidential Villa, Abuja and was presided over by the Vice President, Prof. Yemi Osinbajo.

The spokesman to the Vice President, Laolu Akande, briefed State House correspondents on the development. He spoke on behalf of the Minister of Works and Housing, Babatunde Fashola.

The Federal Executive Council approved the recommendation to invest in the reconstruction of selected federal roads under the Federal Government Road Infrastructure Development and Refurbishment Investment Tax Credit Policy phase-2, by the NNPC Limited and its subsidiaries.

“So, the council approved the proposal by the Ministry of Works and Housing for the reconstruction of 44 proposed federal roads with a total length of 4,554km in the total sum of N1.9tn,” Akande said.

The approval came 15 months after the national oil company expressed interest in investing in the reconstruction of selected federal roads in order to sustain a smooth supply and distribution of petroleum products across the country.

Buhari had on January 25, 2019, signed the Executive Order 007 which was the instrument that brought about the Road Infrastructure Development and Refurbishment Investment Tax Credit Scheme.

The objective was to unlock funding from the private sector for critical road infrastructure across the country.

Executive Order 007 was designed to empower private companies to finance the construction or refurbishment of federal roads designated as “eligible roads” under the scheme, and recoup their investments through the deduction of the approved total costs expended on the project from their annual Company Income Tax.

Under the initiative, the Private participants of the scheme provide the funds for the construction or refurbishment of projects and in exchange, the participants are entitled to recoup the funds provided as a credit against the Company Income Tax they are expected to repay.

A breakdown of the project funding showed that the North-Central geo-political zone got the highest chunk of N244.87bn for the construction of 791.1km of roads.

The North-Central is made up of Benue, Federal Capital Territory, Kogi, Kwara, Nasarawa, Niger and Plateau states.

The South-South geo-political zone emerged as the second highest beneficiary of the NNPC Road Infrastructure Development and Refurbishment, project with the sum of N172.02bn for a total of 81.9km of roads.

The zone is made up of Akwa-Ibom, Bayelsa, Cross-River, Delta, Edo and Rivers states.

The South-West followed with a total allocation of N81.87bn for the construction of 252.7km of roads. The region is made up of Ekiti, Lagos, Osun, Ondo, Ogun and Oyo states.

Similarly, the NNPC allocated the sum of N56.12bn to the North-East for the construction of 273.35km of roads under the scheme. The states expected to be covered under this zone are Adamawa, Bauchi, Borno, Gombe, Taraba and Yobe.

For the South-East geo-political zone, the sum of N43.28bn was earmarked for the construction/rehabilitation of 122km of roads. The zone is made up of five states, including Abia, Anambra, Ebonyi, Enugu and Imo.

Further breakdown of the NNPC schedule showed that the North-West geo-political zone, which is made up of Kaduna, Katsina, Kano, Kebbi, Sokoto, Jigawa, and Zamfara got the least allocation. The zone was allocated the sum of N23.05bn for the rehabilitation of 283.5km of roads.

The road projects are being funded by NNPC, and the equivalent amount is deducted by the Federal Inland Revenue Service from the national oil company’s tax obligations.