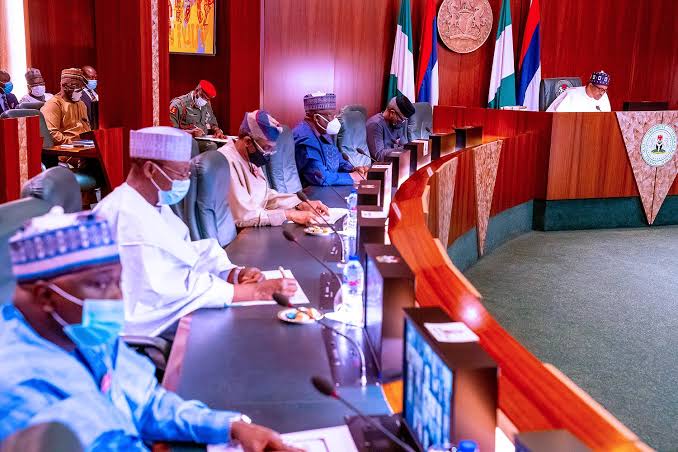 President Muhammadu Buhari, in separate letters Tuesday, requested the Senate and House of Representatives to approve the issuance of promissory notes totalling over N402 billion.

The first request to the Senate, which amounted to N375 billion, was read at plenary by the senate president and it was meant to settle outstanding claims owed various exporters.

Buhari, in another request, also read at plenary by Lawan, sought the Senate’s approval for the issuance of N18.623 billion promissory note for Kebbi State Government.

The president, in his letter, said the payment of N18.623 billion to Yobe State Government through the DMO would help the state to offset funds expended on the execution of five different federal road projects in the state.

Buhari, in the two letters, appealed to the senators to treat his requests with dispatch.

Meanwhile, Buhari, in another letter of request, asked the Senate to screen for confirmation the appointment of Mohamed Sabo Lamido as Executive Commissioner, Finance and Accounts of the Board of Upstream Regulatory Commission.

Lamido’s appointment, as explained by the president, was necessitated by the death of Hassan Gambo, who hitherto served in that capacity before his death.

The president, in a separate letter to the House of Representatives, also sought consideration and approval of the issuance of promissory notes by the DMO for the construction of federal roads in Yobe, Kebbi, and Taraba States.