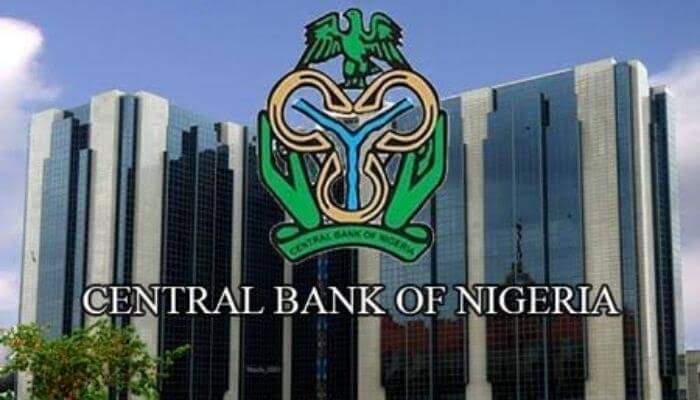 The Governor of the Central Bank of Nigeria (CBN), Mr. Godwin Emefiele, on Wednesday said the existence of low-level formal financial services, low income, and financial illiteracy, underdeveloped technology ecosystem and weak infrastructure have continued to undermine the potential for the integration of digital financial services in the country.

The central bank governor said although considerable gains had been achieved in boosting financial inclusion to 64 per cent, the inclusion rate was slowing down the digital transformation wheel, adding that, “all citizens must be carried along to optimise the gains of a digital economy.”

Speaking at the opening of the 28th annual In-house Executive Seminar of the apex bank with the theme: “Digitalisation of Money and Monetary Policy in Nigeria,” the CBN governor also said financial regulators were mindful of the possibility that the new forms of innovative financial products or services could render some existing banking laws and regulations obsolete and potentially harm financial growth.

This was just as the CBN Deputy Governor, Economic Policy Directorate, Dr. Kingsley Obiora, also disclosed that the volume of eNaira-in-circulation currently stands at N2.10 billion, representing a growth of 190.1 per cent relative to its level when it was launched in October 2021 by President Muhammadu Buhari.

He said without a doubt, the penetration of digital technology ushered in new dimensions of risks, including sophisticated digital fraud and cybercrime, noting, however, that central banks, through domestic and cross-border safety and security measures, including KYC-AML/CFT requirements, digital identification, anti-money laundering standards, cyber security, among others, had continued to strengthen the operational resilience and ensure the safety of the financial system.

Represented at the occasion by CBN Deputy Governor, Financial System Stability Directorate, Mrs. Aishah Ahmad, Emefiele said, despite the success recorded so far in the digital transformation journey, there was still much work to be done.

He said in view of the current digital revolution, central banks were not only preoccupied with providing an enabling environment for the spread of digital technology in the financial system, but also at the forefront of cutting-edge innovative products and services to provide safe and open payments for a digital economy.

Emefiele said while cash-based transactions have declined significantly in the last decade, it remains the dominant means of payment, amidst a large informal sector.

He noted that though the country boasts of one of the fastest growing fintech ecosystems in Africa, with the industry projected to grow by 12 per cent annually according to McKinsey & Company, 2022, the “technological space is still maturing, with limited market size, funding and venture capitalists, access to baseline technologies, and skills, as common features.”

The CBN governor further pointed out that despite the significant progress recorded in the use and spread of digital payment infrastructure, particularly in the economic cities, the current financial inclusion rate suggests that more work was needed.

He said, “The high cost of telecommunications infrastructure, including internet and electricity, in remote, urban and low economic activity areas, continue to dissuade investments in such areas, where low income and financial illiteracy are already inhibiting social and economic advancement.

“As such, there is ample room for the deepening of the financial system through broader coverage.

“These challenges create unique opportunities for the expansion of new business models, with add-on benefits, greater efficiency, and customer satisfaction. Banks can lead value propositions for the growth of local innovators by providing venture capital while focusing on other things.”

Emefiele, also pointed out that beside the identified challenges, there was also the fear of fintech outcompeting traditional banks, with associated profitability risk, in addition to the view that with increased technological absorption and financial digitisation, comes increased risk of data theft and privacy, cybercrime, and fraud.

This, he said, underscored the need for not only expanding the payments system infrastructure but also updating the instruments of supervision.

He said the CBN recently received the coveted Euroknowledge Award in Washington DC, for its leadership in innovation and digital transformation in Africa, adding that, “This feat is the outcome of a disciplined implementation of long-standing strategies, beginning with the bank’s vision of a cashless society and the continued modernisation of the country’s payments system and financial landscape.”

He said, “However, we are not resting on our oars, given our targets and the challenges earlier noted. This also underscores the importance of this seminar in our search for workable ideas and possible solutions.”

He said the launch of the eNaira, Central Bank Digital Currency (CBDC) in October 2021, represented a major turning point in the bank’s digitisation journey in the last decade.

Emefiele, emphasised that the eNaira was developed to broaden the payment possibilities of Nigerians, and foster digital financial inclusion, with the potential for fast-tracking intergovernmental and social transfers, capital flow, and remittances, among other endless possibilities.

He said historically, the emphasis had always been placed on the role of money as a medium of exchange, store of value, and unit of account, without its co-evolution with technological advancement, adding that in today’s highly digitalised world, the argument has gradually shifted from the function of money to its form, and compelling a rethinking of the phenomenon of money.

The CBN governor, therefore, pointed out that in the new digital order, virtual currencies are no less preferred to notes and coins, which have been in existence for centuries.

He said with the evolution of money also comes advancement in means of payments, as society demands faster, safer, and more reliable digitally driven payment infrastructure.

“As such, a central bank must, of necessity, be innovative, adaptive, and forward-looking to maintain its relevance in the 21st-century digital world. This is critical in ensuring effective monetary policy transmission and financial system stability,” he said.

He said the last decade witnessed a geometric rise in the adoption of technology in delivering the goals of monetary policy and financial stability, with the emergence of exciting innovations that expand banking services and payment options through the increasing adoption of open business models, digital finance services, tech-embodied regulations, and the CBDCs.

He added that these innovations have benefitted from expanding payments system infrastructure, among other kinds of institutional support while digital technology has notably been disruptive to the financial landscape, threatening the intermediation role of traditional financial institutions.

“However, it presents new opportunities and unique challenges that require corresponding regulatory expertise and innovation, to continue to achieve the goals of monetary policy,” Emefiele noted.

Among other things, he said monetary authorities were catalysing interoperability within the financial system by enabling seamless interaction across networks, supporting entry and innovation into payments system networks while introducing new initiatives that facilitate access to financial data, such as open banking, leveraging application programming interfaces (APIs).

Continuing, Obiora, said among other milestones recorded by the CBDC, over 3,320 merchants have successfully registered on the eNaira platform across the country. He listed the merchants to include Shoprite, Sahad Stores, A.A. Rano, among others, adding that there are over 2.5 million daily visits to the eNaira website.

He said the central bank remained committed to attaining lofty heights in the adoption and integration of its digital currency in collaboration with the federal government and other relevant stakeholders as it continues to unlock new phases and possibilities in facilitating a reduction in cash processing costs and an efficient payment ecosystem in Nigeria.

However, he said the banking and financial systems are still grappling with some challenges including depth of financial inclusion, which the Enhancing Financial Innovation and Access (EFInA), said 17 million adults are not currently making electronic payments but own phones and are interested in mobile money.

“Another 22 million adults are not currently making electronic payments but say that they could be convinced to use it,” Obiora said.

He said the theme of the seminar remained apt, “considering that the payment landscape and ecosystem in Nigeria have attained lofty heights relative to its peers on the continent. As we are all aware, very few countries have launched a digital currency in the global space, and these include some emerging economies, namely Jamaica, the Bahamas, and the Eastern Caribbean.

“While the motivation for issuing a digital currency by different countries depends on their specific economic situations, the creation of programmable money; improvement in the transparency of money flows; and the provision for the seamless and easy flow of monetary and fiscal policy, remain at the forefront of each country’s agenda.

“Let me commence by underscoring the fact that the digitalisation of money enhances the powers of the CBN to impact its monetary policy. Consequently, it has the potential to change traditional structures of the banking and financial systems, while sustaining the primary mandate of the CBN.

“The gains in the digitalisation of money span across enhancing tax collection, social welfare transfers, and more importantly, provide benefits that would enhance the goal of cashless policy in Nigeria. Similarly, the digitalisation of money is very important for the facilitation of remittances, financial inclusion, financial market deepening, and ultimately, economic growth.”