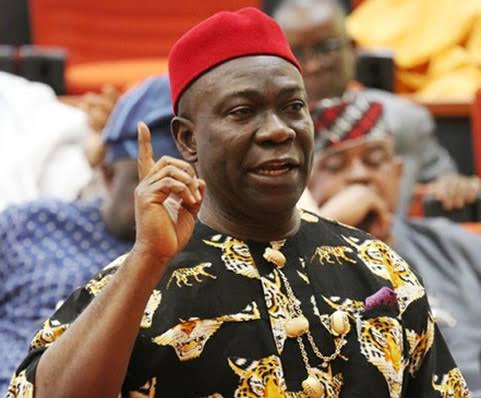 In the pre-trial hearing on Tuesday, the court gave its verdict denying the bail on the grounds that he was a flight risk.

It was learned that the court cited the letter and assets forfeiture proceedings against the senator by the Economic and Financial Crimes Commission.

In the bail application, Ekweremadu’s lawyer had argued that the Nigerian High Commissioner to the United Kingdom and the Attorney-General of the Federal had written to the court that Ekweremadu was not a flight risk.

His defense also argued that a guarantee to produce him should he pose a flight risk was given and that the Nigeria High Commission in the UK had equally given the option of tagging Ekweremadu electronically to monitor his movement.

Referring to attestation of Ekweremadu’s character by respected Nigerians and organisations, his lawyer also argued that the lawmaker had proven to be a caring and responsible father and could not escape from London, abandoning his wife and sick daughter.

The defense further told the court that they had sureties and securities of nearly half a million pounds sterling from 11 people to secure Ekweremadu’s release on bail.

Stating that Ekweremadu was a highly regarded, well-known public figure, his defense also referred to Ekweremadu’s involvement in some global humanitarian courses.

However, the prosecution insisted that Ekweremadu was a flight risk contending that as a holder of international passports from two other countries, the lawmaker could escape to any of the other countries asides from Nigeria.

The prosecution also cited the 18th July 2022 letter by the EFCC signed on behalf of the Executive Chairman, Abdulraheed Bawa, by the Assistant Director Operations, Abdulkarim Chukkoi, and referred to the assets forfeiture proceedings against Ekweremadu in the Federal High Court, Abuja.

Refusing the bail application, the Judge said, “I am entirely satisfied there remains a flight risk,” noting that bail would not make much difference “as the trial is just over a month away.”

Amongst other things, Awomolu also accused the EFCC of dishonestly obtaining an interim assets forfeiture order against the lawmaker by withholding vital information from Justice Inyang Ekpo.

However, the EFCC dismissed the allegations through its lawyer, Mr. Sylvanus Tahir (SAN), saying it was a mere coincidence.

The trial of the Ekweremadus will now begin on 31st January 2023.