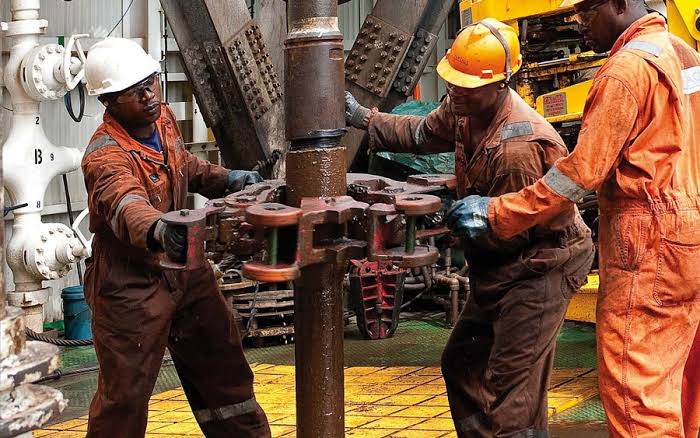 Nigeria’s oil sector challenges appear to be worsening, with production hitting a record low of 972,394 barrels per day in August, according to data obtained from the Nigerian Upstream Petroleum Regulatory Commission (NUPRC) on Thursday.

The development marked a new nadir in the over a year-long downward spiral in Nigeria’s capacity to drill enough oil to boost its desperately needed foreign exchange even at a time the commodity has continued to hover around a rarely seen price of $100.

Available information from tradingeconomics.com, a reservoir of global industry information showed that the last time Nigeria produced that low quantity of oil was in 1983, roughly 40 years ago, when 675,000 barrels were drilled on the average.

The decrease below the one million bpd mark in production in August, despite months of assurances of planned improvement by the Nigerian authorities, was more than 10 per cent compared to the July 2022 production of 1.083 million barrels per day.

The quota given by the Organisation of Petroleum Exporting Countries (OPEC) to the country for the month of August was 1.826 million barrels per day, meaning that Nigeria under-produced to the tune of about 853,606 bpd last month.

The country recently took a rash of measures to curtail the oil theft menace, which so far appears to have defied all solutions.

A few of the measures included the renewed deployment of security personnel in the Niger Delta and the real-time monitoring of activities around the pipelines by the Nigerian National Petroleum Company Limited (NNPCL).
In addition, the national oil firm introduced the whistle-blower strategy as well as the handing over of a N4 billion monthly surveillance contract to ex-militant, Government Ekpemupolo, popularly known as Tompolo.

The federal government had variously blamed massive oil theft, vandalism of major assets, dilapidated infrastructure as well as declining upstream investment for its inability to drill more of the commodity.
In a related development, the Group Chief Executive Officer of the NNPCL, Mallam Mele Kyari, has called for the setting up of a special court to try persons found to have been complicit in the vandalism of Nigeria’s oil infrastructure.

Information posted on the NNPCL’s Twitter handle Thursday, indicated that Kyari spoke when he paid a courtesy call on the Chief Judge of the Federal High Court of Nigeria, Honourable Justice John Tsoho.

“During the visit, the GCEO sought the High Court’s support towards the creation of a special court/tribunal to ensure speedy trial of crude oil thieves and pipeline vandals,” the national oil firm stated.

The GCEO, who described the actions as a serious threat to Nigeria’s oil production, revenue generation and by extension energy security, observed that a special court to execute such cases will deter would-be criminals and assure investors of value for their investments.

Tweet by the NNPCL came on a day oil workers under the Petroleum and Natural Gas Senior Staff Association of Nigeria (PENGASSAN) made good their earlier threats on Wednesday to embark on street rallies in protest against the growing oil theft phenomenon.

In one of the rallies held simultaneously in Lagos, Port Harcourt, Abuja and Warri, PENGASSAN President, Mr. Festus Osifo, said almost all the companies operating in the Niger Delta today, especially those in the land locations, were shutting in their production due to the stealing of the country’s commonwealth.

At the Unity Fountain in Abuja the oil workers carried banners denouncing the menace and lamenting that it was negatively impacting the country as well as members of the union.

Osifo demanded that President Muhammadu Buhari should give a marching order to heads of security agencies tasked with the security of oil pipelines in the Niger Delta to halt the massive heist being carried out on a daily basis.

He also threatened that oil workers would withdraw their services should the government fail to take decisive action against oil thieves.

“This is affecting literally every single operator in the Niger Delta. They are not producing and they have shut in operations because anytime they pump in 10,000 barrels, through the pipelines, at best, you are going to get about 1,000 barrels from the other end.

In Port Harcourt, the Zonal Chairman of the union, Peter Onita, stated that oil theft was killing the country gradually.

“Nigeria is bleeding! Economically, we are bleeding because the oil that’s supposed to provide the revenue for all of us has been stolen by a few people from the pipelines.

“That is why we are saying, no to oil theft, no to pipelines vandalism in the strongest terms and this is in furtherance of the directive of PENGASSAN world-wide which has directed us to embark on this advocacy. We say no wherever we are. Nigeria is our own. Nigeria will not die in our time.

“Oil theft is wrong, pipelines vandalism is wrong. That is economic sabotage,” he insisted.
PENGASSAN in collaboration with the Rivers state police command and the Nigeria Security and Civil Defence Corps (NSCDC) announced their declaration of war against oil theft and pipeline vandalism in the state.

The trio agreed to end the menace of oil theft during an advocacy rally by PENGASSAN to the separate security agencies headquarters in Port Harcourt, Rivers State capital yesterday.

Members of PENGASSAN in Rivers State marched from Isaac Boro Park to Police and Civil Defence commands headquarters, demanding the both government security agencies to rise to the occasion in chasing out oil thieves out of business in Nigeria.

At the police headquarters, Chairman of PENGASSAN, Port Harcourt Zone, Onita complained that the activities of oil theft, have caused government not to keep to their social responsibility, saying companies could no longer pay their workers while the suspects continue to make the environment inhabitable.

He also called on relevant government authorities to urgently intervene to stop the looming crises rocking the oil industry, warning that as stakeholders in the business, they could no longer fold their hands and watch criminals destroy their land and source of revenue.

Responding to the protesters, Rivers state Commissioner of police, Mr. Eboka Friday disclosed that the command was on top the war against oil theft and vandalism.

On his part, the State Commandant of the NSCDC, Michael Ogar advised members of PENGASSAN to also take their campaign against oil theft and pipeline vandalism to the creeks for effective communication.

In a related development, hundreds of members of PENGASSAN yesterday staged a protest to Delta State Government Office Annexe, Warri, to register their grievances over the indiscriminate oil theft that have crippled the nation’s revenues.

They called on the government to take urgent measures to checkmate the ugly trends which they said had virtually crumbled the national economy.

Zonal Chairman of PENGASSAN, Audu Osihiokhamele, while speaking at the sensitisation rally, noted with concern that, “the big men doing the business of crude oil theft are in government,” adding, “They say they load vessels, but we don’t see any. Is it a needle?”

He warned that failure by the authorities to find lasting solutions to the menace would push PENGASSAN into taking more drastic actions.

He said: “We will shut down the country for 30 days until we all come to the round table to unravel the mysteries surrounding the thefts.”

Also speaking, Emea Okorie, PENGASSAN Group chairman, NNPC Ltd, Warri, lamented that Nigeria could no longer meet its OPEC target of 1.8million barrels per day saying that the country is, “presently struggling to meet one million barrel per day, due to thefts.”

The Director, Governor’s Office Annexe Warri, Mrs. Violet Onowakpokpo who received the protesters on behalf of the State Government acknowledged that the protest was a noble course and commended the participants for their patriotic and peaceful disposition.

The Director stressed that the issue at stake affects everybody noting that the struggle must continue until there is enduring peace in the sector.

Meanwhile, the Nigerian Midstream and Downstream Petroleum Regulatory Authority (NMDPRA) yesterday provided what it said was a ‘context’ for the media reports on the 2022 average daily truck out of Premium Motor Spirit (PMS) or petrol.

It came against the conflicting figures presented by the NNPCL and the organisation on Nigeria’s daily fuel consumption.

“For clarity, the figure provided was used solely to forecast the expected revenue for 2022 and does not in any way translate to the actual truck out volume for this year.

“In line with the NMDPRA mandate as provided in the Petroleum Industry Act (PIA) to ensure transparency in the oil and gas industry, the Authority publishes on its website the actual daily truck out. From 1st January to 31 July 2022, the daily truck out stands at 66 million litres.

“The Authority assures the general public that it is committed to providing credible and transparent data on the supply and distribution of petroleum products,” it said in a statement.