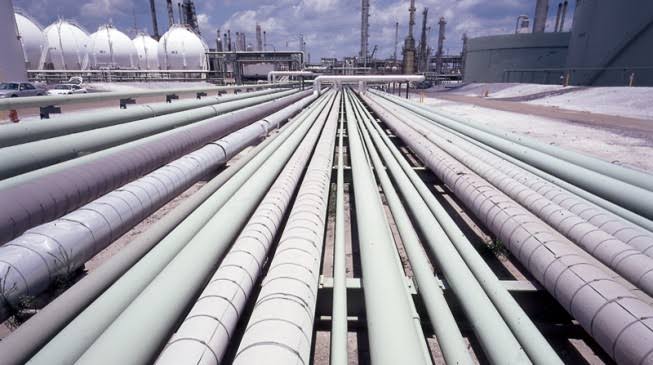 The Federal Government has so far paid $4.04bn to five international oil companies as cash call arrears repayment  and has spent N12.43bn this year on pipeline protection and maintenance, it was learnt on Sunday.

Latest update on pipeline security/maintenance cost obtained from the Nigerian National Petroleum Company Limited showed that the N12.43bn was spent by the government through NNPC between January and June this year.

Figures from the oil company indicated that pipeline security/maintenance gulped N1.1bn, N368m and N2.61bn in January, February and March 2022 respectively.

The NNPC spent N498m in May and N8.35bn in June to secure and maintain its pipelines, while the firm subtracted N464m in April from the total amount during the review period.

Nigeria’s crude oil production has continued to slump due to the repeated vandalism of pipelines and attendant theft of humongous volumes of crude.

The N12.43bn spent in the first six months of this year to protect pipelines came as the oil company recently contracted the surveillance of its pipelines to a contractor, a development that elicited diverse reactions.

On August 30, 2022, NNPC said its award of multi-billion naira pipeline surveillance contract to a former leader of the Movement for the Emancipation of Niger Delta, Government Ekpemupolo, popularly known as Tompolo, was the “right decision.”

The Group Chief Executive Officer, NNPC, Mele Kyari, had told journalists in Abuja recently that the decision was due to the need for Nigeria to hire private contractors to man its oil pipeline network due to a massive oil theft.

He said, “The security agencies are doing their part. End-to-end pipeline surveillance would require the involvement of private entities and community stakeholders.

“We need private contractors to man the right of way to these pipelines. So, we put up a framework for contractors to come and bid and they were selected through a tender process. And we believe we made the right decision.”

The pipeline surveillance contract is reportedly worth N48bn per year (N4bn per month), and several groups in the Niger Delta have raised concerns about the deal.

Last week, a renowned Niger Delta activist and Igba of Warri Kingdom, Chief Rita Lori-Ogbebor, said the pipeline surveillance contract should be revoked to avert impending war in the region, as various oppositions to the contract increased.

Lori-Ogbebor, who spoke to journalists in Abuja, argued that it was the responsibility of the Federal Government to manage the Niger Delta and not an individual or company.

“There is a show of ammunition without fear. People show them without fear. I am urging the Federal Government to withdraw the contract from Tompolo because as the custodian of this country it cannot leave Niger Delta in the hands of few persons to manage.”

Meanwhile, latest figures from the national oil company on cash call arrears repayment indicated that the Federal Government, through NNPC, had so far paid $4.04bn to five of its joint venture international oil companies as at July 31, 2022.

Cash calls are sent by joint venture operators to non-operating partners for payment in the light of anticipated future capital, operating expenditures or the need for additional capital contributions.

The Federal Government, through the NNPC, has, over the years, piled up unpaid bills, referred to as cash calls, which it was obliged to pay the IOCs with which it had joint ventures for oil exploration and production.

The report showed that the government had completely cleared its cash call debts to Mobil and Chevron, while a total $925.4m had been paid to Shell, leaving an outstanding balance of $447.12m.

In 2016, the national oil company signed the cash call repayment agreements with the five IOCs to defray the cash-call arrears within a period of five years after many years of its indebtedness to JV partners.

Also, the government, through the Federal Ministry of Petroleum Resources, negotiated a discount with the five IOCs in December 2016.

The negotiations led to the reduction of the debt from about $5.1bn to $4.68bn, as the Federal Government, through NNPC, had since continued to reduce the debt payments in installments.

The government has received commendations for the repayment of the cash call arrears and has been encouraged to continue. Experts said the delay in settling the debts had contributed in slowing oil sector investments in Nigeria.

He, however, lauded the government for striving to clear the cash call arrears, adding that “this would mean well for the oil sector and would encourage investors to invest in the industry, though the sector has its own challenges at the moment.”