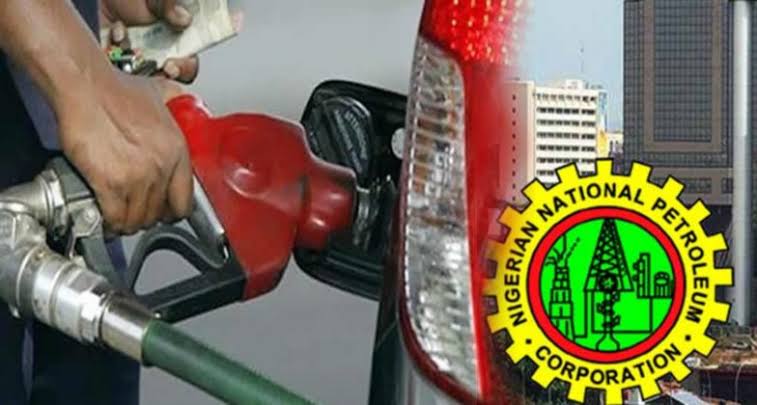 The Nigerian National Petroleum Company Limited spent 94.77 per cent of its revenue on petrol subsidy payment in August, latest data from the national oil company has affirmed.
The development, which clearly signposts grim outlook for the economy, came the same weekend the police high command disclosed that the Police Special Task Force on Petroleum and Illegal Bunkering (IGP-STFPIB) seized 123 oil tankers deployed for the purpose of crude oil theft.

That was as Bayelsa State Governor, Senator Douye Diri, alongside some leaders of the Ijaw National Congress (INC) and other stakeholders announced they had succeeded in calming frayed nerves arising from the pipeline surveillance contract awarded by the federal government to Government Ekpemupolo a.k.a Tompolo.
The information from the national oil company’s monthly presentation to the Federation Account Allocation Committee (FAAC) meeting at the weekend showed that NNPCL generated N553.99 billion in revenue from oil and gas operations in August 2022.

However, the subsidy payment or what the firm terms under-recovery, which was deducted for the month, was N525.71 billion, according to a THISDAY review.
The revenue made by the national oil company was mainly from Joint Ventures (JVs) and Production Sharing Contract (PSC) arrangements.
At the exchange rate of N403.87 per dollar, NNPCL got N527.13 billion from crude oil transactions under both arrangements, while it received N15.03 billion from its gas business under the agreements.

Apart from oil and gas proceedings, other transactions, termed miscellaneous, fetched the company N11.82 billion under JV and PSC.
In the same vein, NNPCL recorded N26.81 billion in outflow to National Petroleum Investment Services (NAPIMS), the upstream unit of the national oil firm.
The PSC Frontier Exploration Fund (FEF) was transferred to an escrow account, and the national oil company’s PSC management fee also gulped N708.06 million each.
Hitherto, the fund now paid for the controversial subsidy was remitted into the federation account, comprising the federal, state and local governments.
On Sunday, THISDAY reported that NNPCL continued its zero funding for the federation account in August, extending the national oil company’s prolonged non-remittance to the joint account to eight months.

The development came against the backdrop of the company’s deduction of N525.71 billion as value shortfall or subsidy for the importation of petrol in the month under review.
An analysis of the company’s monthly presentation to FAAC further showed that NNPCL had so far spent N2.565 trillion on the controversial subsidy this year.
Information from the FAAC meeting revealed that the money available for distribution among the three tiers of government for the month slumped by N280.948 billion to N673.137 billion when compared to N954.085 shared in July.

Of the amount, the federal government received N259.641 billion; the states received N222.949 billion; while the local government councils got N164.247 billion.
In July, the firm also deducted N448.7 billion for the purpose, a record high at the time, since the re-emergence of subsidy payment early last year.
It followed in a similar trend, which showed that in the first half of 2022, petrol subsidy claims surpassed oil and gas revenue by a whopping N210 billion, with NNPCL recording N2.39 trillion as gross revenues from oil and gas receipts, while subsidy claims amounted to N2.6 trillion.

The amount deducted in August was about $1.22 billion, according to figures submitted to the government by the state oil company.
The ballooning costs of keeping petrol prices low in Africa’s most populous country are straining the budget and draining revenue from the NNPCL.
Since this year, NNPCL has not remitted any money to the federal government due largely to subsidy costs as daily supply of petrol rose to 71.8 million litres, up nearly 10 per cent from July.

In August, Nigeria produced its least crude oil in decades, just about 972, 000 barrels per day, further worsening the country’s foreign exchange supply crisis.
Nigeria imports all its petrol because it does not refine a drop of the product in the country. All the refineries have been non-functional for years. The country operates a swap oil-for-petrol regime, which is largely seen as opaque.
It has blamed its inability to meet its production allocation on massive oil theft, deteriorating upstream infrastructure, lack of upstream investment, as well as outright sabotage of its assets.