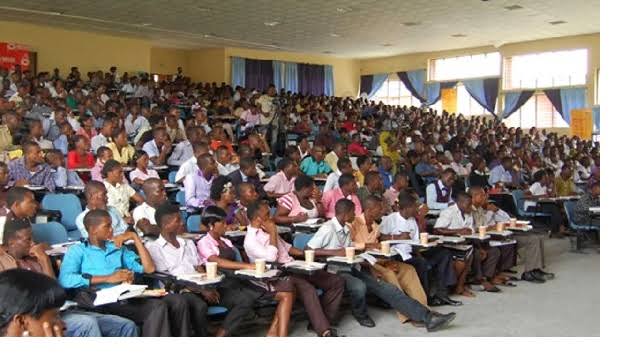 In a new twist, the Federal Government, yesterday, withdrew its circular, which ordered Vice-Chancellors, Pro-Chancellors and Governing Councils to re-open federal universities.

The National Universities Commission (NUC) had earlier issued a circular tagged NUC/ES/138/Vol.64/135, addressed to all VCs; Pro-Chancellors and Chairmen of Governing Councils of federal universities, ordering them to re-open universities.

But surprisingly, hours later, in another circular tagged NUC/ES/138/Vol.64/136, which was also signed by the Director, Finance and Account of NUC, Sam Onazi, the Commission withdrew the order, though it did not explain why.

“Consequently, the said circular stands withdrawn. All Pro-Chancellors and Chairmen of Governing Councils, as well as Vice-Chancellors of Federal Universities, are to please note. Further development and information would be communicated to all relevant stakeholders. Please accept the assurances of the Executive Secretary, Prof. Abubakar Rasheed’s warmest regards.”

Before the directive was withdrawn, Vice-Chancellors of public universities were reluctant to carry out the order, saying they were studying the letter issued by Federal Government through NUC, ordering them to reopen schools and allow students to resume lectures.

Secretary-General of the Committee of Vice Chancellors of Nigerian Universities, Prof. Yakubu Aboki Ochefu, said to ensure the strike did not continue after reopening the institutions, the VCs were studying the letter so as not to reopen the schools and still discover that members of the Academic Staff Union of Universities (ASUU) are still on strike.

Reacting to the earlier directive, the National President of ASUU, Prof. Emmanuel Osodeke, said FG was not talking to his members.

He said: “We are not holding the keys to the campuses. We did not shut down any university. Those who shut down the universities are the ones who can decide to open them or not.

“As for us going back to work, the government is not talking to us. We did not institute the case at the Industrial Court, some people took us there and we have done the needful of exercising our right to appeal,” he added.

On when the appellate court would hear the matter, Osodeke said no date has been fixed yet.

Also, ASUU chairman of the University of Ibadan (UI), Prof. Ayoola Akinwole, said the Federal Government owned the universities and can decide when to close and open them. However, ASUU members will not be in classes but will continue to do their research and community services.

He said: “We remain committed to our resolve to prosecute the strike and our members have resolved not to be caged by tyrannical orders. As you know, we have appealed the Industrial Court ruling. Our members will have nothing to do with teaching, supervision nor attend statutory meetings until our demands are met and the strike is suspended by the leadership of the union,” he said.

Mixed reactions, yesterday, trailed FG’s directive to university teachers to resume as lecturers kicked against it, saying the order is a clear demonstration of a lack of respect for intellectualism.

But others called on the striking lecturers to consider the plight of students who have been forced to stay home for almost eight months and return to the classroom.

Director of the Institute for Peace and Strategic Studies, University of Ibadan, Prof Tajudeen Akanji, said the order was a clear violation of section 2(a)(a) of the Universities Miscellaneous Act, which states that universities shall be run by councils and issues or circulars from the ministries that run counter to this law shall not affect the university.

Akanji, while faulting the resumption order, said universities are not parastatals, so, the government cannot direct them on how to do things.

He said: “Universities are not just meant for teaching, there is research and community service. It is unheard of that somebody would just wake up and direct vice-chancellors to reopen universities; it shows a lack of respect for intellectualism.

“ASUU did not shut schools to start with, universities were shut by the VCs, so, they should reopen them. That is not how to settle industrial disputes, when you settle such cases through win or lose, you stand to fight again. People can be on strike and still be going to work, strike does not mean when you don’t go to work; you can still be on strike and work. Virtually, every Nigerian worker is on strike, because they go to work but are not doing anything productive or meaningful.”

He reminded that ASUU is just a union of workers in an organisation owned by the government and has no authority or control over budgets.

“People are treating ASUU as if it’s a power bloc, when money is released for what the union is fighting for, such monies are not coming to ASUU, the union does not have an account to which government will pay. ASUU is not going to run universities; lecturers are just a group of people who are asking the government to do the right thing, so, directing to resume is wrong.”

On his part, a professor of history at the University of Lagos (UNILAG), Prof Ayodeji Olukoju, said that President Muhammadu Buhari’s administration has a commanding mentality, which cannot work in a democratic setting.

Olukoju wondered how a government with graduates and educated people would just issue a decree that universities should be reopened.

“The human touch is completely lost, assuming it was a cordial decision to open the universities, they still need some time to upgrade the infrastructure, lecture rooms and hostels. This directive is typical of the way Nigerian government operates, very distant from the people and completely cut off from reality,” Olukoju said.

According to him, the idea of getting lecturers back to the classroom will not work because “the school can be opened, students will come back and lectures will still not take place.”

He said: “I don’t think there is a need for a harmer to kill a housefly. It could work under General Yakubu Gowon, but it certainly will not work under a civilian government in 2022.

“The non-teaching staff have resumed since August, till now, they have not been paid, they haven’t been paid for about six months, I don’t understand what the government is getting at. This is a case of insensitivity, unwillingness to learn from history and disconnect from reality. It’s unfortunate that this same government-supported ASUU when it was in opposition,” Olukoju said.

Similarly, the Education Rights Campaign (ERC) faulted the government’s order and called on ASUU to take its case to the Nigerian public by organising town hall meetings, peaceful protest rallies and demonstrations across the country.

National Coordinator, Hassan Taiwo Soweto, said this is necessary to enable the lecturers to communicate directly with Nigerians, especially parents and students, and explain to them why the government’s decision to employ force and intimidation to break the strike without meeting their demands would not work.

Soweto called on the Nigeria Labour Congress (NLC) and Trade Union Congress (TUC) to save the situation and intervene.

Former Minister of Education, Chinwe Obaji, said while she would not take any side, it is unfair for lecturers to keep students at home for over seven months.

“I am not an advocate of strike and have never supported strike action even as a lecturer, but it is unfair that when lecturers and government fight, it is the students that bear the brunt.

“They could be talking about their agreement with the government but the schools also had an agreement with these children during their admission. Let them find a way to resolve their issues so that students can return to school,” Obaji said.

Some parents, however, backed the government in its decision, saying keeping students at home for over seven months is a serious concern. They appealed to ASUU to return to the classroom and allow room for negotiation in the interest of teeming Nigerian students.