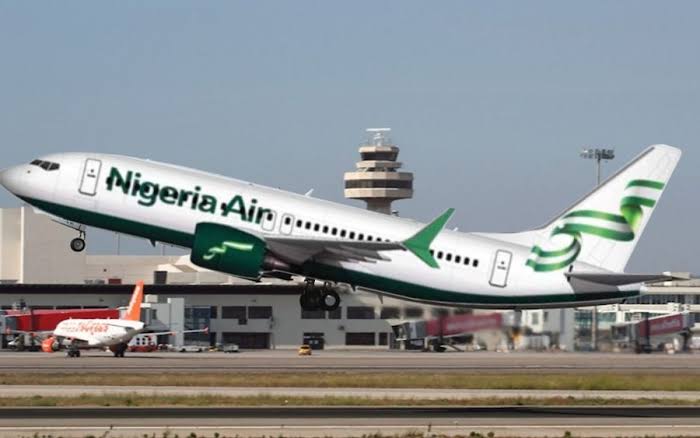 A Federal High Court in Lagos, on Thursday, stopped the establishment of the proposed national carrier – Nigeria Air, by the Federal Government.

Justice Ambrose Lewis-Allagoa reordered the Federal Government and domestic airlines to maintain status quo in their suit relating to the establishment of airline.

The judge made the order pending the determination of the suit filed by the Registered Trustees of the Airline Operators of Nigeria and five others in the aviation industry.

The first to fourth defendants include Nigeria Air Limited, Ethiopian Airlines, Senator Hadi Sirika (Minister of Aviation, Federal Ministry of Aviation) and the Attorney-General of the Federation.

This came as the Federal Ministry of Aviation declared on Thursday that it would deploy every necessary step to vacate the order that had stopped the ongoing work towards to establishment of the national airline.

Thursday’s event at the court was in line with The PUNCH’s exclusive report on Tuesday which revealed that lawyers representing the Federal Government and Ethiopian Airlines would battle at the Federal High Court.

After series of legal work, the judge, on Thursday, ordered that the national carrier should be halted and subsequently adjourned the case till February 2023. Our correspondent who was at the court reported the story.

Also, a fresh suit was instituted by one of the Chief Executive Officers of the domestic carriers, Captain Edward Boyo, seeking the name of the Board of Registered Trustees of the Airline Operators of Nigeria to be removed from the suit on the grounds that members of the association did not agree to sue the Federal Government over the national carrier project.

Two “intervenors/applicants” filed an application begging the court to strike out the name of The Registered Trustees of the Airline Operators of Nigeria as a party in a suit, arguing that its inclusion in the suit “is invalid”

On November 15, 2023, the court granted the plaintiffs an interim injunction restraining the Federal Government and Ethiopian Airlines from proceeding with the establishment of Nigeria Air Limited.

Justice Lewis-Allagoa also ordered all parties to the suit to maintain the status quo following the plaintiffs’ motion ex parte in Suit FHC/L/CS/2159/2022.

At the resumed hearing of the matter on Thursday, Nureni Jimoh, SAN, appeared for the airline operators.

Jimoh’s bid to move his motion on notice for an injunction against the defendants was opposed by Seun Oriowo, for Nigeria Air and Minister of Aviation; Raji Rasaki, for the AGF, and Ajibola Salisu for the intervening applicants.

The judge turned down Rasaki’s argument for an adjournment for lawyers from the AGF’s Abuja office to take over the defence, rather than those from its Lagos office.

Bassey Attol, for Ethiopian Airlines, informed the court that he had filed a response to Jimoh’s application, while Salisu’s prayer for an adjournment was opposed by Jimoh, on the ground that “the intervening applicants are not a party to this suit. They are interlopers here to disrupt proceedings.”

In his ruling, Justice Lewis-Allagoa held, “I’ve reviewed all the applications before me. In the circumstances, the proper thing to do is for the parties to maintain the status quo pending the determination of this suit.”

The two intervenors/applicants, in their November 23, 2022 application seen by The Punch include Capt. Edward Boyo, and Capt. Nogie Meggison.

Among the grounds for their prayer was that “there was no meeting of either the members, the National Executive Council or the Board of Trustees of the 18 plaintiff wherein any decision/resolution was taken to institute this present suit.

“The decision/resolution and/or authorisation of the National Executive Council comprising the Registered Trustees is a condition precedent to the proper institution of any suit in the name of the 1st plaintiff.

“The inclusion of the 1st plaintiff as a party to this suit is invalid.”

Consequently, the judge adjourned the case till February 13, 2023.

Meanwhile, while reacting to the order of the court on Thursday, the media aide to the Minister of Aviation, James’s Odaudu, told one of our correspondents that the ministry was law abiding but would do what was necessary to vacate the order.

“If the court ruled that the status quo should remain, we are law abiding citizens,” he said.

When told that the aviation minister recently said no court would want to stop the national carrier project, Odaudu replied, “A lot people misinterpreted what he (Sirika) said, by reporting that the minister said no court can stop the airline.

“This means that the courts have it at their discretion. So it is wrong to say the minister said no court can stop it. He did not say so.”