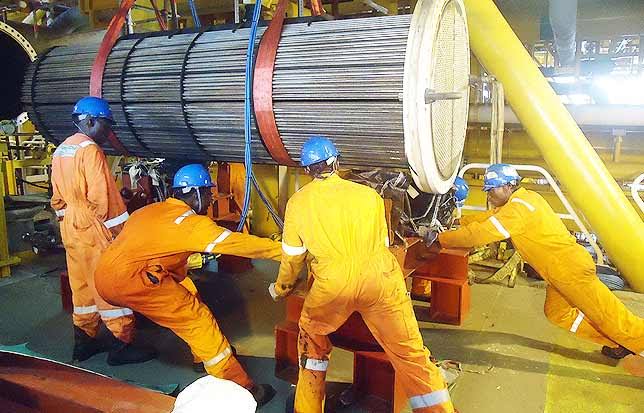 The Federal Government has fined oil and gas firms operating in the country the sum of $294m, which is about N127bn, for gas flaring.

A recent statistics released by the National Oil Spill Detection and Response Agency, NOSDRA, said the fine was for gas flared between January and August 2022.

The agency said a total of 147 billion standard cubic feet, costing $515m, which was about N222bn, was flared in the period under review.

NOSDRSA also noted that the volume of gas flared in the period under review in 2022 was  equivalent to carbon dioxide emissions of 8 million, which could have fetched the country about 15 gigawatts hour of electricity, as a result of gas flare in eight months.

In comparison, the 168.9 billion SCF of gas flared in the same period in 2021 attracted penalties of $338 m,  about N146bn, while it was equivalent to carbon dioxide emissions of 9 million tonnes and was capable of generating 16,900 gigawatt-hour of electricity.

A breakdown of the gas flare data for the 2022 period showed that companies operating in Nigeria’s onshore oil territory flared 75 billion SCF of gas, valued at $262m (N113bn), an equivalent of 4 million tonnes of carbon dioxide emissions and 7,500 gigawatt-hour electricity generation potential. On the other hand, the firms were liable for penalties of $150m, an equivalent of N65bn.

On the other hand, the oil spill regulator stated that companies operating in the country’s offshore oil exploration and production territory flared 72 million tonnes of gas in the eight-month period of 2022, valued at $253m, which was about N109bn.

They were liable to pay penalties of $144m (N62bn), while the gas flared was equivalent to 4 million tonnes of carbon dioxide emissions and had power generation potential equivalent to 7,200 gigawatt-hour of electricity.

In May June, July and August 2022, the companies flared 12 billion SCF, 5 billion SCF, 4 billion SCF and 6 billion SCF of gas respectively. In July there was indication by FG to jack up gas flaring penalties as the country raced towards achieving its commitment to the United Nations’s net-zero goal by 2060.

Chairman, Society of Petroleum Engineers, Prof. Olalekan Olafuyi, revealed during a pre-conference to herald its 45th yearly conference in August.

He said President Mohammadu Buhari was fully committed to ensuring that Nigeria became a world player in the energy transition space.

He said, “We are working closely with the Nigerian Upstream Petroleum Regulatory Commission, and I can categorically say that companies which flare gas will now pay more than those utilising it. So, it will be to their advantage to start thinking of ways to utilise their gas instead of flaring them.”

Managing Director, TotalEnergies Exploration and Production Nigeria Limited, Mike Sangster, had at the 2022  Nigeria Oil and Gas conference in Abuja, opposed the enforcement of penalties for gas flaring as contained in the Petroleum Industry Act 2021.

“I don’t think penalties are the answer to reducing gas flaring,” he said, adding that oil firms should be encouraged to move towards more gas production for the indigenous market and for export.

However, economist and Professor of Economics at the Olabisi Onabanjo University, Tella Sheriffdeen, said the fine was a step in the right direction.

“If the fine was not imposed, the oil firms would not take action. It’s good that the fine, which would have been there all the while, was imposed. It can be negotiated but that should be official,” he said.