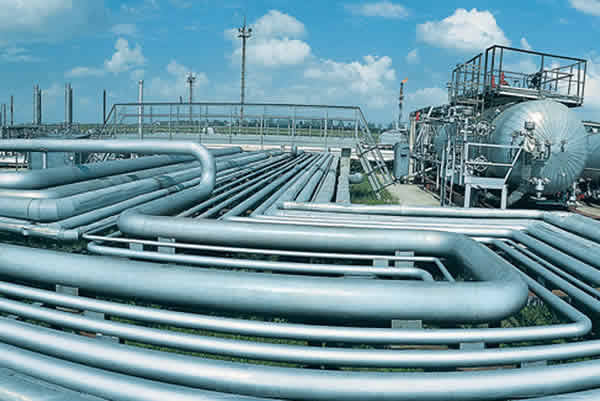 Federal Government on Tuesday formally floated the governing council of the Midstream & Downstream Gas Infrastructure Fund (MDGIF) in line with the dictates of the new Petroleum Industry Act (PIA).

The government stated that over $20 billion will be needed yearly in the next 10 years to bridge the gas infrastructure gap in the country, which could exceed $200 billion in a decade.

At the inauguration of the nine-member council, which took place in Abuja, the Minister of State for Petroleum Resources, Chief Timipre Sylva, explained that the move would help fix the critical missing link in the government’s effort to develop the country’s gas sector.

He charged the new members to work to mobilise funds for the provision of the critical infrastructure for the gas subsector.

Sylva said the inauguration of the council was a further demonstration of the commitment of President Muhammadu Buhari to reposition the nation’s energy sector “to drive economic development and prosperity for our people, our nation and value to our partners, in accordance with the Petroleum Industry Act 2021 (PIA)”.

Sylva noted that although the federal government had put in place several programmes towards achieving the decade of gas initiative and developing the huge gas potential of the country, the missing link was the absence of the basic gas infrastructure to help realise the objective.

He added that a key cause of poor gas production, gas flaring and low domestic gas utilisation was the gas infrastructure deficit in the country.

“It is estimated that more than $20 billion yearly will be required over the next 10 years to bridge these gaps,” the minister explained.

The fund, established under Section 52 of the PIA, resides as a directorate in the Nigerian Midstream and Downstream Petroleum Regulatory Authority (NMDPRA).

As a directorate within the Authority, the minister said the fund would be expected to benefit from its internal reporting as well as operational and organisational processes, adding that in accordance with the PIA, 2021, the council shall supervise and make investment decisions for the fund.

The minister urged the members of the council not to take their responsibilities lightly, stressing that urgent steps needed to be taken to bring gas infrastructure closer to the Nigerian people to enable them benefit from government policy in that regard.

The composition of the council, according to the minister, was carefully done in view of the importance of gas to the growth and development of the economy.

“The midstream and downstream sector is where the jobs could be created and value added to the economy,” Sylva said, urging the council members to take their assignment seriously.

“There is an urgent need to focus on the major strategic plans and key initiatives to enable government set a clear trajectory to achieving the noble objectives of establishing the fund,” he added.

The terms of reference of the council, he said , include identifying critical and relevant stakeholders that can increase domestic utilisation of natural gas, LPG and auto gas, and

develop a roadmap for transforming gas to a value adding product in Nigeria.

The council has the minister of state petroleum resources as chairman and the executive director of MDGIF as chief executive officer.

Other members of the Council include: Dr Scholastica Nnaji, representing the Central Bank of Nigeria (CBN); Mr Victor Omata, representing Federal Ministry of Finance and Farouk Ahmed , Chief Executive of the NMDPRA.

Others are: Mr Ahmed Bobboi, Abdullahi Bukar and Mr Effiong Abia, while the Legal Adviser, NMDPRA will serve as the Secretary to the Council.