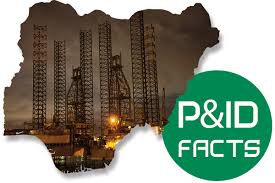 Federal  Government levelled fresh claims of fraud against a little-known offshore firm, Process and Industrial Developments (P&ID), which earlier won an $11 billion arbitration award against the country, ramping up the pressure ahead of one of the biggest London trials to take place next year.

The federal government would seek to prove to the court that P&ID did not make full disclosure to the court in the first place in the course of the case.

As it attempts to show the court that the contract was corruptly procured, it would also urge the firm in the eye of the storm to answer the following questions:

“Did P&ID, or any individual or company associated with P&ID, make, procure to be made by any other person, or promise to make payments” to or on behalf of various Nigerian officials, including one Ms Taiga, Mr. Tijani, Mr Dikko, Mr. Rilwanu Lukman or Mr Ibrahim?

“In what circumstances did the FRN engage Mr Shasore (and/or his firm) in respect of the arbitration? Did Mr Shasore conduct the arbitration in a manner contrary to Nigeria’s interests and/or instructions, and if so, why?”

“Did P&ID induce Ms Taiga or any other Nigerian official to depart from the terms of the FRN’s model arbitration clause in the Gas Sales and Purchase Agreement (GSPA)?” according to court filing.

An update on the legal tussle also showed that the Federal Government of Nigeria (FRN) has been successful in its bid at the London High Court to obtain further documentation in support of its efforts to set aside the $11 billion arbitration award.

In the recent hearing, Mr. Justice Jacobs judged that the approach taken by P&ID to providing disclosure of WhatsApp/SMS messages had not been entirely satisfactory to date and as such it would be reasonable and proportionate for P&ID to disclose further information related to private WhatsApp/SMS messages sent between key figures associated with the company over a period of several years. Nigeria’s government hoped that disclosure of the messages would further reveal the questionable activities of the company ahead of the High Court trial due to begin in January 2023.

“This is another step in our long running effort to reveal who stands to benefit from one of the world’s largest scams. Today’s judgment will help us have greater access to messages sent between the senior figures associated with P&ID which is vital ahead of the trial which will begin in the High Court in January 2023.”

However, a Bloomberg report yesterday stated that Nigeria would try to overturn the penalty by proving that P&ID secured a gas-supply contract and the subsequent arbitration victory through bribes and lies.

The federal government had sought to convince a United Kingdom (UK) High Court that the purported $9.6 billion contract, which had now generated additional interest with P&ID, for a 20-year deal to turn Nigeria’s gas reserves into electricity, was a scam ab initio.

The lawyers representing the Nigerian government told Sir Ross Cranston, head of the court, that P&ID knew from the beginning that there was no deal, noting that it was only a facade to fleece the Nigerian people.

P&ID founded by the late Michael Quinn and Brendan Cahill, the lawyers told the court, had no intention to perform any obligation concerning the purported contract, reason the company went about bribing Nigerian government officials at the time.

The company had taken legal action against Nigeria for alleged breach of contract, with a panel of three arbitrators voting 2-1 to award P & ID the full sum of its claim of $6.6 billion at the time, plus interest, which spiked the arbitration value to about $9.6 billion.

In July 2015, a London tribunal gave judgement in favour of the company and in January 2017, gave the final award of $6.6 billion, with an interest rate of seven per cent, pre and post judgement.

Citing fraud, the federal government had ordered an investigation by the Economic and Financial Crimes Commission (EFCC) and in January requested a hearing to present evidence that the so-called deal was a fraud.

The project first started under the petroleum minister at the time, Mr. Rilwanu Lukman, who died in 2014, whom the Nigerian legal representative said yesterday spearheaded the alleged fraud.

A tribunal granted the company the damages in early 2017, after finding that the government had breached the original agreement.

P&ID didn’t respond to a request for comments, according to Bloomberg, but had repeatedly denied the allegations. It insisted that President Muhammadu Buhari’s government concocted the claims to avoid its legal obligation to compensate the British Virgin Islands-registered company.

The potentially costly crisis for Nigeria stems from a deal struck in 2010, where the government agreed to provide gas to a plant P&ID proposed to build.

Buhari’s administration now argues the project was a “sham” from the outset designed by the company and corrupt public officials to engineer the successful arbitration claim that a tribunal delivered more than five years ago.

The government introduced the fraud allegations after a UK judge ruled in August 2019 that P&ID could enforce the award, which has increased with interest from an initial $6.6 billion.

Nigeria discovered late last year that P&ID was, “in possession of numerous documents which might be privileged and confidential” to the government, it said in documents prepared for a London court hearing last month.

While the “full details” of how P&ID obtained the documents “remain obscured,” it was to be “inferred” they were provided to the company by a former legal director at the petroleum resources ministry and “other corrupted individuals” acting on behalf of the government, Nigeria claimed.

Granting Nigeria permission to proceed to a full trial, Judge Cranston had said in September 2020 the government had established a strong case that the contract was “procured by bribes” and the arbitration was “tainted.”

There is “a possibility” that Olasupo Shasore, the state’s lawyer during most of the arbitration, was “corrupted,” he had said.

Shasore didn’t respond to a request for comments, according to Bloomberg.

P&ID rejected Cranston’s conclusions in its skeleton argument last month, telling the court that Nigeria’s allegations are “clearly unfounded.” The eight-week fraud trial is scheduled to start in January.

The Nigerian government “keenly awaits the opportunity to present its case before the High Court” and “is confident that justice will finally be served,” a spokesman told Bloomberg by email.

An image of at least one of the privileged documents was supplied to P&ID by Adetunji Adebayo, a Nigerian businessman active in the oil and gas industry, who signed an agreement with the company in 2014 instructing him to facilitate negotiations around a potential settlement during the arbitration, according to the government’s skeleton argument.

Adebayo was entitled to up to half of any pay-out above $1 billion, the court document said.

The company’s co-founder, Brendan Cahill, secured the “silence” of one of his former employees who had offered in 2020 to act as a witness in the trial by entering an agreement that is “contingent on P&ID succeeding in its claim,” Nigeria further alleged last month. Neither Adetunji nor Cahill responded to requests for comments.

Following the most recent London hearing, another London judge ordered P&ID to disclose additional information, including WhatsApp and text messages.