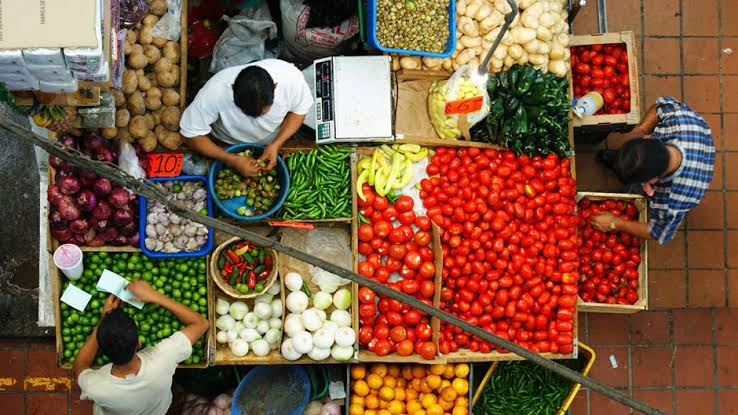 The Minister of Industry Trade and Investment, Mr. Adeniyi Adebayo, on Tuesday inaugurated an Inter-Ministerial Standing Committee to oversee the implementation of a memo on the “Promotion of Agri-Business in Nigeria through Right Farm Gate Pricing and Ban of Foreigners from Purchasing Agricultural Commodities at the Farm Gates.”

The memo, was earlier approved by the Federal Executive Council (FEC) after it was jointly presented on March 9, by the Ministry of Industry, Trade and Investment and the Federal Ministry of Agriculture and Rural Development.

Adebayo, explained that the move was part of the government’s efforts to provide the enabling environment for the commodity sub-sector to thrive.

The minister said the memo specifically seeks to address challenges impeding the development of the agricultural commodity subsector of the economy, curtail unfair trade malpractices and exploitation of Nigerian farmers by foreigners as well as promote competitive premium pricing as the impetus for increased productivity in the commodity subsector among others.

The practice of middle-men who usually mop up farm produce at source often contributed to rising food inflation as a result – as agricultural products are hoarded to cause artificial scarcity which would then lead to higher food prices.

Also, in the process, farmers are often short-changed by the middle-men who enticed them with quick cash at the source of harvest.

These practices had also been attributed to some of the reasons why food prices rarely fall even after the so-called bountiful harvests.

But the latest intervention could slowdown food prices if properly implemented.

The minister, however, decried the exploitation of farmers by foreigners who come to Nigeria to mop up agricultural commodities at the farm gates and in turn offer farmers prices below market value.

Adebayo said, “This situation has indeed led to the failure of many contractual agreements between farmers and indigenous off-takers. It has also affected the production capacity of our local factories due to the fact that foreigners buy off supplies and deprive the factories of required stocks.

“The current practice of direct purchases of agricultural commodities at unfair prices by foreigners at our farm-gates poses serious dangers which include, reduction in farmers’ income, declining productivity in the agricultural sector, unemployment and insecurity.”

He added, “A number of activities have been outlined for implementation and the committee is expected to ensure that they are properly articulated and implemented for the growth and development of our economy.”

The committee would also facilitate the establishment of enforcement organs in the states and local governments, and facilitate the signing of Executive Order by Mr. President, specifying penalties and fines for violators.

It will further liaise with the state governments for the establishment of commodity aggregation centers for export in some strategic locations nationwide and, carry out periodic assessments (quarterly) on the implementation.

However, the Chairman of the Committee, Mr. Suleman Audu, expressed the readiness and willingness of the body to provide the required leadership and coordination to ensure the efficient implementation of its mandate.