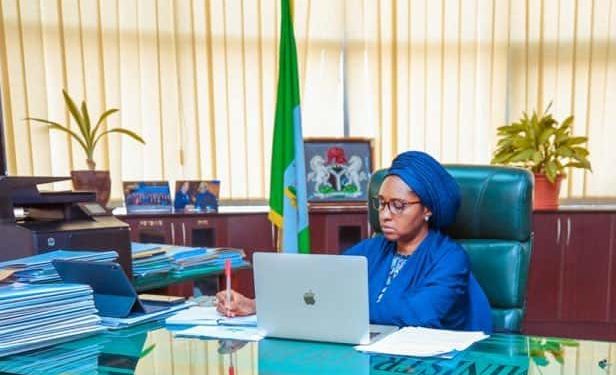 Minister of Finance, Budget and National Planning, Zainab Ahmed, on Thursday, disclosed that the federal government spends N18.397billion on fuel subsidy per day.

The minister also said that a total sum of N6.210 trillion has been paid as fuel subsidy to independent oil marketers from 2013 to 2022.

She, however, stated that the government cannot continue to bear the burden of subsidy payment, adding that there was a recommendation of a meeting of all the stakeholders including the leadership of the National Assembly and the political parties to decide whether to stop it or sustain the payment.

Ahmed made the disclosures before the House of Representatives Ad-hoc Committee investigating the fuel subsidy regime from 2013 to 2022 led by Hon. Ibrahim Aliyu.

“First of all, starting from the parameter that is used for the assessment of subsidy especially for 2023, we used information as provided by NNPC and regulator. And for 2023, the projection is that, the average daily truck out will be N64.96 million litres per day, that is about 65 million per day, using an average rate at open market rate of N448.20k and then a regulator pump price of N165 per litre. This gives us an average under-recovery, that is the difference between N165 and N448 is 283. So just multiply the amount of litre per day, the open market exchange rate of naira to the dollar and then the gap between the pump price and open market price, the total amount of subsidy per day is N18.397 billion per day.

“Fuel subsidy is the difference between the pump price which is now fixed at N165 and the landing cost which we are projecting at an average of N448 per litre in 2023, even now the cost is around that.

“So, the PMS subsidy we are carrying today in the nation is around N283 per litre, that is what we are carrying. So, it is the difference between the pump price and the landing cost of petroleum products in the country,” she said.

The minister, however, said that the ministry paid the sum of N1.774trillion from 2013 to 2016 while the rest came under PMS under-recovery by the Nigerian National Petroleum Company (NNPC) Limited.

She explained that the federal government was paying the total sum of N18.397 billion as subsidy per day.

The minister added that in the Medium Term Expenditure Framework (MTEF) already sent to the national assembly, the government projected for N3.335 trillion as subsidy for half a year.

“One thing that stands out in the Medium Term Expenditure Framework (MTEF) was that if the nation holds on to fuel subsidy as it is designed now, we will be incurring from January to December subsidy cost of N6.4 trillion. But we suggested to the Federal Executive Council, and Council approved that maybe we could look at the option. So if we do that, then the cost will be N3.35 trillion which is half.

“FEC approved the second option, that’s the option that was conveyed by his excellency the president to the National Assembly.

“But let me also say that even though this is a reduced option, it would mean that we are borrowing more than we’ve borrowed. In 2022, we are carrying the cost of subsidy throughout the whole year. Recall that the initial MTEF and approval by the parliament was for us to exit subsidy by June of this year. But during the course of the year, making assessment of the difficult fiscal challenges in the economy and the hardship and high inflation and other challenges, we were asked to resubmit our plans and review them to include provision for fuel subsidy throughout this year.

“That’s how we came back to parliament with an incremental expense from N443 billion which we had planned to up to N4 trillion subsidy expense in 2022.

“The situation is not desirable and it’s not sustainable, it’s putting the country in very serious, dire financial situation and we do hope that we will be able to exit this subsidy regime in the shortest possible time.

“The N3.35 trillion in the approved MTEF, that is now before the National Assembly for consideration, could’ve been funds that will apply to other vital sectors of the economy such as health, education. We are carrying a burden, that as citizens we have to access whether it’s beneficial for us to continue to do so.

“Let me start by commending the National Assembly and this special committee in particular for undertaking this investigative hearing. The issue of subsidy is of great interest to this administration and of course the general public. Therefore engagement to critical stakeholders such as this forum, provides us opportunity to share information and provide clarification on this critical national issue.

“The total sum of N6.210 trillion was expended from PMS under recovery by NNPC and payment to independent oil marketers from 2013 to 2021.

“On the funding of subsidy payments to independent oil marketers for 2013 to 2016, payments that have been made to them were directly from domestic excess crude account through the deduction of Sovereign Debts Instruments (SDI). They are negotiable short term instruments that were issued by government at time to enable marketers access financial support from their banks for the importation of PMS.

The instrument was approved by the then President in 2010. It is also important to note that we have instances where funds are transferred from the consolidated revenue fund to the domestic excess crude account for subsidy payments. For 2015, N31 billion, again same year N106.1 billion transferred from the CRF in another instance to the domestic excess crude account.

“In 2016 there was another transfer of N40 billion from the CRF to same account for the purpose of settling PMS subsidy to oil marketers.

“There was also the sum of N413.363 billion which was provided through short term funding by the Central Bank of Nigeria. The details by the President for the approval of this funding is also attached to the document submitted to the committee.

“While hoping that the documents made available to the committee will help them in this assignment, I wish to also say that the ministry is standing by for any additional information or clarification.

While suggesting a way forward, the minister said, “When we engage the leadership of the National Assembly, the recommended a national stakeholders forum that will bring all major stakeholders together, including all the political parties. We submitted that to the FEC and it gave its approval and the government is working on that. It is important so that if all stakeholders agree, we know what exactly we are dealing with. I do hope that is done very soon because we cannot continue to carry the burden.”

Chairman of the adhoc committee, Hon Ibrahim Aliyu queried the rationale behind NNPC’s deduction from source the sum of N1.66 trillion against the sum of N1.15 trillion paid to oil marketers in 2021.

He also contested the formula for the computation of subsidy payments by the minister, saying they may have been overblown.

The Committee therefore demanded the documentary evidence of the payments.

He said “The N6.7 trillion required for 2022, why I’m disturbed is because the 2023 financial year is approaching by September, we will be expecting Mr. President’s budget submission, and the MTEF is already before the National Assembly.

“And then going by the permutations or calculations, Honourable Minister, if you are using a 42,000 litres capacity truck, if you divide it by the 64,964,400 litres you arrive at 1,547 trucks daily. And if you take an average, simple division by 37 (States) including Abuja, you have 41 trucks of 42,000 litres capacity giving to those states, maybe my own state being a smaller state in terms of consumption may be requiring less maybe 10 trucks.

“So, what I’m saying in essence honourable Minister, we are talking of daily consumption, Monday through Sunday and Monday again, no public holidays, in fact during COVID-19 when there was lockdown, limited movement the consumption rate remained the same. So, I wondered how the Ministry can accept this kind of figure. You see it’s difficult.

“You see, Nigerians are seeing all of us here, not only you on the other side, we in the Parliament as if maybe we are coming into agreement to short-change the country and Nigerians. if you look at the subsidy itself, who is it for, is it for the common man? This subsidy is for me, you and some of us that own cars or motorcycle, but subsidy is not for the common man that only needs few litres to go back to the farm.

“But to be honest, this figure is overblown and I think the Ministry should have done the due diligence to be able to arrive at a relative acceptable consumption rate,” he said.