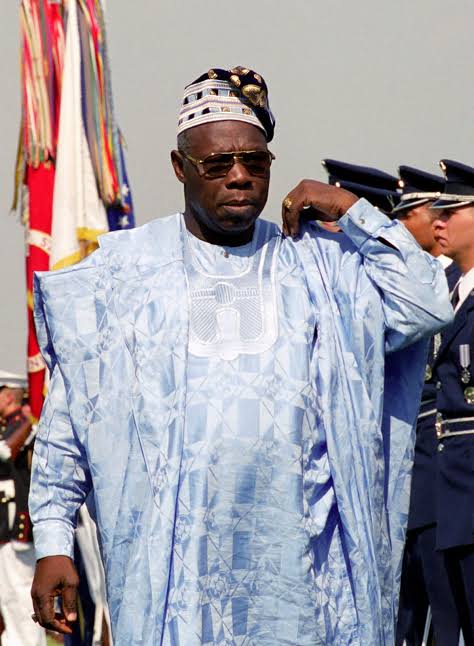 Former president, Olusegun Obasanjo, will on Monday inaugurate the 29km Etinan-Ndon Eyo road constructed by the administration of Governor Udom Emmanuel as part of activities marking the 35th anniversary of the state’s creation.

The Special Assistant to Governor Udom Emmanuel on Research and Documentation, Mr Nduese Essien, while taking journalists around the project on Sunday, recalled the many challenges commuters faced on the road before the intervention of Governor Emmanuel.

According to him, “This six-lane dual carriageway was a death trap especially the Ekpene Ukpa bridge before the governor’s intervention. The quality of the cable bridges on the stretch of the road is such that the people who have seen the pictures thought it was photoshopped. Today, you are here to testify to the good job our dear governor has done to enhance the well-being of the people.”

The Governor’s aide, accompanied by his colleagues, also recalled that the old Mkpok bridge was also on the verge of collapse before the intervention of the government officials who drove away illegal sand dredgers before the construction of the latest cable bridge.

Thing at the now abandoned old bridges, Essien said the pictures represent Akwa Ibom of the old and the Modern Akwa Ibom State where the government is doing everything possible to ensure the best for her citizens.

“Today people can now travel home without fear as their nightmare is over, Before now it is always news of one tragedy and another,” he further highlighted.

Speaking on the milestones recorded in the area of road construction in the state, the governor’s aide said the incumbent administration has done more than 1000 kilometres of roads across the length and breadth of the state ensuring that every part of the state is included.

He added, “Government has ensured that the Udung Uko Local Government Area created since 1996 without a single asphalted road from previous administration can boast of a good network of roads today, the same applies to Obot Akara, Ini and Oruk Anam council areas of the state.”

He told Journalists that the 18,000-capacity Eket stadium is ready and will be inaugurated on 30th September with a ceremonial match between Akwa United football club and Katsina United.

According to him, “Akwa Ibom state and Katsina state were created same day by former military president Ibrahim Babangida with the later as 20th state of the country, they have that common history.

“Eket stadium will also come in handy for the second Akwa Ibom premier league club side DAKKADA football club and there will be no need to queue behind Akwa united for the use of Nest of Champions stadium.”