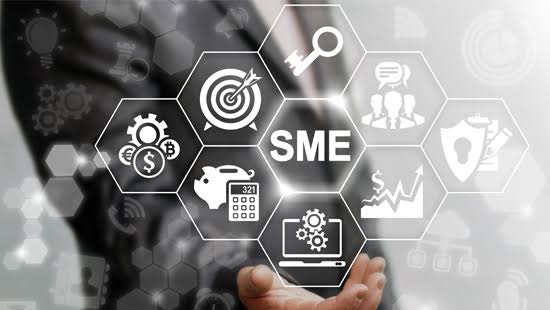 The President and Chairman of Ugwumba Centre for Leadership Development in Africa, Uche Nwosu, has called for a partnership between the Federal Ministry of Humanitarian Affairs, Disaster Management and Social Development and non-governmental organisations to support small businesses in Nigeria.

Nwosu made the call during the finale of the Ugwumba Enterprise Challenge, held in Abuja on Tuesday, where the group presented business grants to the 10 finalists who competed in the challenge.

The 10 finalists emerged out of about 700 young Nigerians who had entered the challenge.

Nwosu, a former Commissioner for Lands in Imo State, stated that the purpose of the partnership of the centre with other agencies was not just to receive funding from the agencies but also to promote enterprising Nigerians.

“Let me also state that like we have the Ministry of Humanitarian Affairs, we have these funds and a lot of money that are being released to young people in Nigeria. It is high time that they partnered NGOs.

“Let me tell you, a government official who works with the Humanitarian Affairs in Imo State, or who works here, cannot tell me that he knows a vulnerable person in my village more than I do.

“So, I want to suggest that they partner agencies, not only Ugwumba Centre for Leadership Development Agency, but also other agencies, who are into exactly what we do, for them to carry out these projects”, he said.

The group’s Executive Director, Remy Chukwunyere, revealed that since its inception in 2018, the centre had supported over 5,000 small and medium enterprises and start-ups across the 36 states of the federation and the Federal Capital Territory.

Meanwhile, the Managing Director and Chief Executive Officer of the Abuja Enterprise Agency, Shehu Abdulkadir, revealed that the agency was prepared to facilitate the registration of 2,000 businesses with the Corporate Affairs Commission, at a 50 per cent discount price, within the first quarter of 2023.

He said, “We approached the CAC to give us some discount, towards facilitating the formalisation of the SMEs in Nigeria. And we are privileged that we got approval of 50% discount. In the first quarter of next year, we are going to roll it out to ensure that we register businesses within the period, and give them additional discounts as well, from what the CAC has given them. This is one of our strategies in Abuja Enterprise Agency for the formalisation of MSMEs in Nigeria”.

Abdulkadir also revealed that the agency would set up one-stop shops in the city for businessowners to quickly set up their businesses, and obtain licences from regulatory agencies within 24 hours.

He added that the one-stop-shop was an initiative of the Vice-President, Yemi Osinbajo.

Earlier, the group also launched its U-Fund for Women at the event. The Chief Launcher and former Minister for Aviation, Mrs. Kema Chikwe, expressed excitement for the initiative, which she said would promote women’s enterprises, adding that financial autonomy was important for women as it was the basis for effective women leadership.