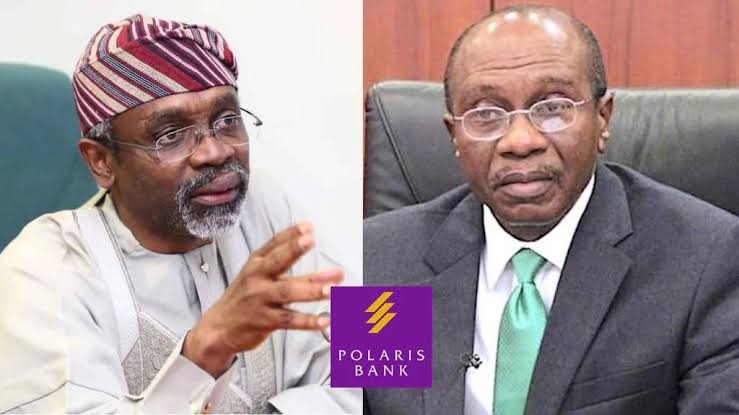 Nigeria’s House of Representatives has rescinded its earlier resolution on the ongoing sale of Polaris Bank, saying the move followed due process and got presidential approval.

The lawmakers had last week directed the Central Bank of Nigeria (CBN) to immediately suspend the planned sale of Polaris bank.

The resolution was sequel to the adoption of a motion sponsored by Hon. Henry Nwawuba.

Nwawuba had while moving the motion said the reason why the bank sale should be halted was because it was shrouded in secrecy, opaque and required that it was done in transparency and accountability to eliminate insinuations of corruption.

But briefing journalists on Wednesday, Nwawuba who’s the Chairman, Ad-hoc Committee investigating the sale, disclosed that the lawmakers during the scrutiny of various documents and extant regulatory process on the sale of the bank, discovered that there were evidences of substantial compliance with the process.

According to him, out of the 35 companies invited to bid for the bank, the regulatory agency shortlisted the bidders to 15 and later seven and afterwards got presidential approval to proceed with the sale of the bank.

He said: “On the last legislative day before we broke up from plenary sessions to work on the budget, there was a motion on the floor asking the CBN to suspend the sale of Polaris Bank and cutting up an Ad-hoc Committee to investigate the circumstances, and I happened to have emerged to Chair that committee.

“So far everything looks really good. We do not have any cause for concern for now. For the stability of the financial systems in Nigeria, we would call on Nigerians to know there is nothing wrong with Polaris Bank as a bank.

“What the House is looking at is the process of the acquisition or the sale and so far, we are confident from what we are seeing.

“Until we conclude this investigation, I would not be able to speak authoritatively on the matter, but from what we are seeing so far, particularly with the approvals and the steps taken so far there seems to be substantial compliance on the matter so far. Nigerians are enjoined to continue to relax and leave their deposits with the bank and continue their business with the bank.”

Speaking on the flood ravaging his Mbaitoli/Ikeduru Federal Constituency of Imo State, Nwawuba who solicited for federal government’s intervention, disclosed that no fewer than 35,000 people have so far been displaced from 35 communities.

He urged Central Bank of Nigeria (CBN) to provide moratorium for farmers who obtained loan facility and were affected by the flood.