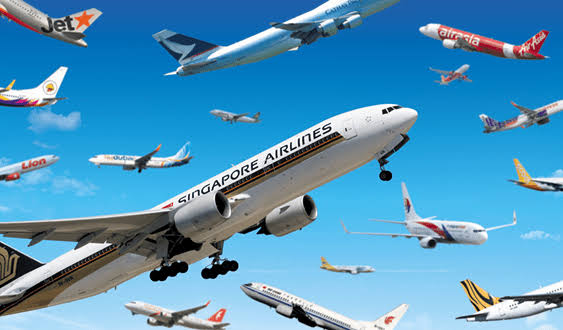 House of Representatives’ appeal to foreign airlines to reopen cheaper layers of fares for the Nigerian market, while trapped funds are being resolved, has gone unheeded – and much to the pains of international travellers this festive season.

Indeed, more airlines are offering only premium fares to intending travellers buying in the country. Comparatively, the premiums cost about 200 per cent higher than average fares, whether on Economy or Business Class cabins.

The implication is that a six-hour Economy Class ticket that erstwhile sold for an average of N600,000 now sells at between N2 million and N3 million. The Business Class variants sell for between N3.5 million and N5 million, depending on destination and airline of choice.

The reign of higher inventories, which is peculiar to the country, has forced some Nigerians to ditch travelling this season or opting to buy tickets from overseas (in foreign currency) and at cheaper rates.

The protracted sorry state, The Guardian learnt, is not unconnected with decline in naira-to-dollar value. Also, there has been an endless wait for dollar equivalent for repatriation, while foreign airlines’ ticket sales (in naira) keep accumulating.

Speaker of the House of Representatives, Femi Gbajabiamila, had, in October, mediated in the stuck fund crisis involving the airlines, Ministry of Aviation and the Central Bank of Nigeria (CBN). Gbajabiamila acknowledged that inability to repatriate funds led to harsh consequences for both Nigerian customers and their travel agencies.

Going forward, the Speaker said: “We need a two-way solution. On our part, we will find a way, by intervention or others, to have the funds released. While we are looking for that solution, I will also request the foreign airlines to exercise good faith by returning to the status quo (of affordable airfares) for the sake of your customers.”

A top official of one of the airlines, yesterday, however, told The Guardian nothing has changed.

He said: “The Speaker only gave a word of assurance that is yet to yield any result. More so, the CBN Governor has been speaking to the contrary, saying foreign airlines are not his priority. Sirika has also said foreign airlines can quit just like Emirates did. I think those are unfortunate comments to throw in the faces of your business partners.

“So, it will be difficult, if not impossible for any country manager to present mere words of assurance to the home country and expect positive feedback.

“Technically, we are still where we are, and that explains why we cannot open promotional inventories in Nigeria. It is a standard commercial practice; if your environment does not favour my investment, then I should keep my operation at the premium, to manage potential loss.”

Travel expert, Sunday Olumegbon, said the “high fare pandemic” has refused to go away and has left many traditional holidaymakers and travel agencies in difficulties.

“Since November, a number of customers have been trying to book fairly affordable tickets to bring children schooling abroad home for Christmas. I know some people that eventually canceled the trip. No Christmas holiday in Nigeria!

“It is sad that Nigerians have to buy tickets of European carriers to the tune of N1.5 to N4 million and be charged as high as N1.2 million to change travel dates, even on tickets bought before this crisis began.

“Some have even blocked all inventories in Nigeria. Such hostile and exploitative practices are simply to discourage naira-paying customers from buying their tickets. The alternative is to tell friends or family to buy your ticket from overseas, which means local travel agencies are losing the market.”

Chairman of the Airlines and Passengers Joint Committee (APJC) of IATA, Bankole Bernard, said despite challenges, the Nigerian market remains very lucrative for foreign airlines, who are now deploying survival strategies to remain in the troubled market.

Bernard said, come what may, there are still a lot of Nigerians that would still pay the premium airfares to travel for holidays or repatriate wards for holidays in Nigeria.

He added that the government should be blamed for the sabotage against the Nigerian travelling public.

“There is a contractual agreement with airlines to sell in naira and get dollar equivalent in return. But the CBN is now saying that the airlines are not its priority after the carriers had sold in naira. Even among thieves, there should be honour.

“Yet, while CBN is not giving dollars to airlines to repatriate their sales, the government’s aviation agencies keep collecting taxes and charges in dollars from the airlines. Where are the airlines supposed to get it? Why can’t the government resolve that, by ensuring that agencies collect their dues in naira, which is 45 per cent of each airfare, to reduce the burden of stranded funds? Unfortunately, the ripple effects are all passed to air travellers that are punished by the foreign airlines with exorbitant fares,” Bernard said.

The repatriation issues started in March 2020 when demand for foreign currency in the country outpaced supply and the country’s banks were not able to service currency repatriations.

Following airlines’ threats to quit operation, the CBN claimed it released $265 million out of stranded $464 million, with foreign airlines, saying only a fraction of the sum got to them.

IATA’s Regional Vice President for Africa and the Middle East, Kamil Al-Awadhi, on a courtesy call to the Chairman of the House Committee on Aviation, Nnolim Nnaji, on Tuesday, commended Nigeria as an example of how government-industry engagement can resolve blocked funds issues.

Al-Awadhi said: “Working with the Nigerian House of Representatives, Central Bank and the Minister of Aviation resulted in the release of $120 million for repatriation with the promise of a further release at the end of 2022. This encouraging progress demonstrates that, even in difficult circumstances, solutions can be found to clear blocked funds and ensure vital connectivity.”

Al-Awadhi’s host, Nnaji, appealed to IATA to prevail on its member airlines to show understanding, as the various organs of government are making efforts to ensure their ticket proceeds are duly remitted.

He reminded his guest that the prevailing situation is in consonance with the global economic meltdown, assuring him that the Federal Government, through the CBN, has put in place mechanism for liquidation of the blocked funds.

IATA’s Director General, Willie Walsh, however, insisted that governments must remove all barriers to airlines repatriating their revenues from ticket sales and other activities, in line with international agreements and treaty obligations.

Walsh said: “Preventing airlines from repatriating funds may appear to be an easy way to shore up depleted treasuries, but ultimately the local economy will pay a high price. No business can sustain provision of service if it cannot get paid, and this is no different for airlines. Air links are a vital economic catalyst. Enabling efficient repatriation of revenues is critical for any economy to remain globally connected to markets and supply chains.”