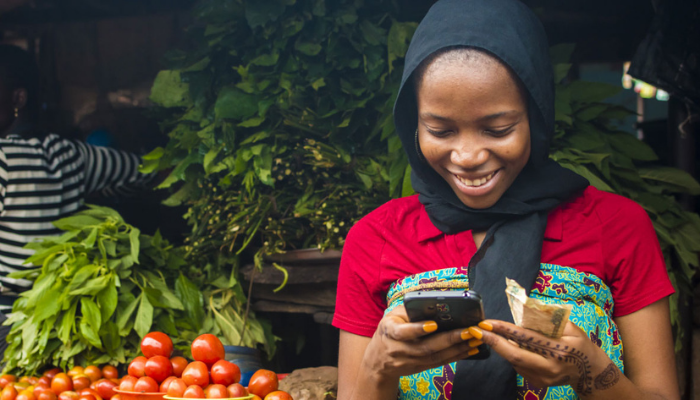 The total value of electronic transactions recorded under the Nigeria Inter-Bank Settlement System Instant Payment increased by 42 percent in nine months owing to the steady rise in mobile telephony and internet penetration.

According to the data, the value of transactions processed through the Nigeria Instant Payments platform amounted to N272 trillion from January to September 2022, compared to N216 trillion in the same period of 2021.

With respect to other payment channels, transactions processed through the mobile (inter-scheme) channel increased by 153 percent to N12.9 trillion from N5.1 trillion in the same period last year.

A 2021 Global Findex report by the World Bank stated that higher adoption of mobile money is driving the growth of account ownership in financial institutions, particularly in sub-Saharan Africa countries like Nigeria.

“Mobile money has become an important enabler of financial inclusion in sub-Saharan Africa, especially for women, as a driver of account ownership and of account usage through mobile payments, saving, and borrowing,” the World Bank report said.

However, the rise of mobile payments has aided the rapid expansion of Nigeria’s e-commerce industry, which has been estimated at between $6 billion and $13 billion, according to FBNQuest.

The value of Point-of-Sale transactions processed through PoS channels grew 31 percent to N6.1 trillion in the nine months ended September 30, 2022 from N4.6 trillion in the same period of 2021.

Experts say the growth of PoS transactions is bridging the gap created by the shortage of Automated Teller Machines deployed by banks, as many Nigerians now withdraw money through PoS terminals.

It is also an enabler for creating employment opportunities for Nigerian youths who are facing a high unemployment rate, which rose to 33 percent in the fourth quarter of 2020, according to the National Bureau of Statistics.

The e-bills pay channel, primarily used for recurring bill payments, grew by 37 percent to N2.2 trillion from N1.6 trillion in the same period of 2021.

Cheques, as a form of payment, are becoming less popular. The total value of payments made via cheques in the nine-month period to September 2022 was N2.4 trillion, a 4.3 percent increase from the N2.3 trillion recorded a year earlier.