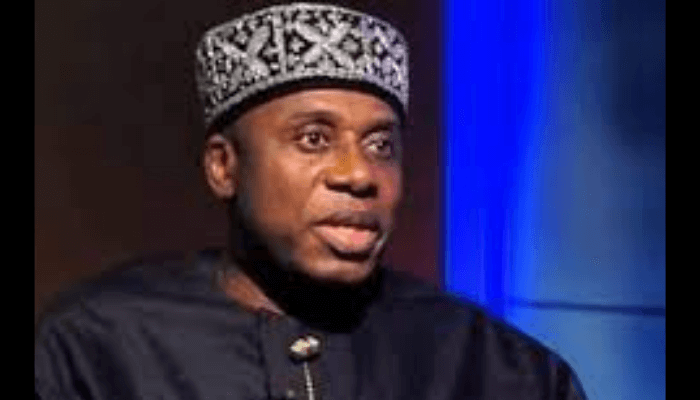 Is Amaechi Comfortable in APC?

He actually came a distant second position in the last presidential primaries of the party behind the standard bearer, Bola Ahmed Tinubu. Many had no doubt that Amaechi would lose the primaries considering the personalities who contested the primaries with him. However, to the consternation of many, he defeated or displaced the incumbent Vice President Yemi Osinbajo, who was relegated to the third position by the delegates of the party.

Before Amaechi defected to the APC in 2014, he was a foundation member of the People’s Democratic Party (PDP) since 1998. He was elected a member of the Rivers State House of Assembly where he became the speaker for two terms of eight years.

Amaechi ran away on self-exile with so much trepidation, bitterness and anger. The current Governor Nyesom Ezenwo Wike, was his campaign director-general. Wike, typical of him as a courageous man, stayed put in Nigeria alongside Magnus Abe and others to fight for the reclamation of Amaechi’s purportedly stolen mandate. When the Supreme Court finally declared Amaechi as the duly elected governor of Rivers State, he returned from his self-imposed exile which was borne out of cowardice to take up the mandate in October 2007. He was governor under the platform of the PDP for close to eight years.

When President Goodluck Jonathan succeeded late President Umaru Musa Yar’Adua in 2010, Amaechi as a governor was very loyal to him or ostensibly feigned loyalty to ensure that he got his re-election in 2011. Immediately he was re-elected for the second term, he saw President Jonathan’s government as the enemy that he must bring down at all costs. The loyalty he feigned in the first term evaporated. Don’t forget that he was the first governor to invite President Jonathan to any state in Nigeria immediately after Jonathan assumed the presidency.

Amaechi joined opposition figures from the North and the South-West to ensure that Jonathan was not re-elected in 2015. The lame excuse or narrative by most Nigerians that Jonathan’s wife caused the friction between Jonathan and Amaechi does not hold water. The truth of the matter was that Amaechi had no respect for the office of the presidency under Jonathan just because he (Jonathan) came from the same region of the South-South with him.

Dame Patience Jonathan didn’t disrespect or look down on Amaechi as governor nor did she attempt to control him. Amaechi simply had hatred for Jonathan and his wife for attaining the position that his then political godfather Dr. Peter Odili couldn’t get. If Amaechi had any respect for Jonathan he would have ignored whatever misgivings he had with the wife of the president. The way Amaechi disrespected Jonathan, no northern governor has done that to President Buhari and will ever disrespect any northern president even when Buhari has performed worse than Jonathan.

Imagine if the condition of Nigeria today was as worse as it is now under Jonathan? Amaechi, Obiageli Ezekwesili, Wole Soyinka, Tunde Bakare and many other South-West and northern pseudo-activists would be protesting all over Nigeria on a daily basis. Amaechi helped in bringing down the government of Jonathan with the belief that the APC would make him the vice presidential candidate to President Buhari in 2015. He lost that position by the scheming of the South-West politicians. He was compensated with a ministerial position for two terms.

When he was turbaned in Katsina State sometime in 2021, he might have nursed the belief that he was Buhari’s anointed successor. Unfortunately for him, after the APC presidential primaries, he lost his deposit. At the moment, he seems to be stranded in APC. Little recognition is given to him now in the national affairs of the party.

Even if a miracle were to happen, the candidate of the Social Democratic Party (SDP) Magnus Abe may be the miraculous winner for the governorship election. Amaechi’s candidates in the APC have no chance at all in the 2023 general elections. On what ground or achievements would Amaechi and APC even campaign with? What did he bring to the state as minister for seven years?

Millions of people from both the South-South and the South-East are still very embittered that Amaechi contributed to Jonathan’s loss of the presidency in 2015. Only God knows the next time a president from the South-East or the South-South would emerge again in our lifetime, but the only opportunity we had when Jonathan emerged was lost by the concerted sabotage by the likes of Amaechi and his cohorts.

How has Amaechi actually fared in APC? The emergence of Tinubu as the presidential candidate of the party means that a southerner may become the presidential candidate of the party in the next 16 years if Tinubu wins the presidential race. How old would Amaechi be by that time? Amaechi would have fared better under the PDP if he had supported and worked in energy with President Jonathan. If Jonathan had gotten a second term, perhaps Amaechi would have been a minister or Senate president since 2015 and could have become the Nigeria vice president since 2019 preparatory to his presidency in 2027.

By Ifeanyi Maduako, a social commentator