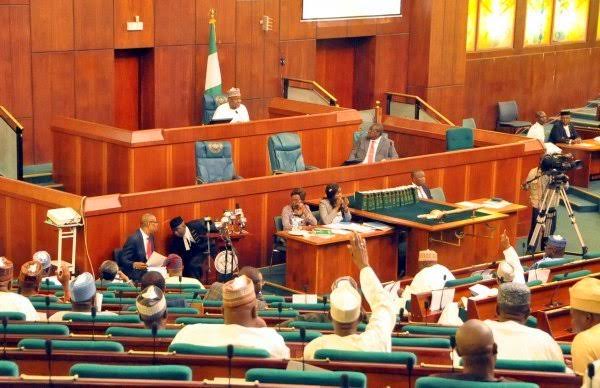 The House of Representatives at the resumption of plenary on Tuesday joined the growing number of Nigerians that had expressed concern that the country might be approaching a debt trap, as the Debt Management Office (DMO) revealed that Nigeria’s total debt as at June this year stood at N42.84 trillion.

The House also decried the decline in crude oil production due to theft and sabotage. House Speaker, Hon. Femi Gbajabiamila, raised the concerns in his welcome remarks after the long recess.

Similarly, Senate President Ahmad Lawan, on Tuesday, raised the alarm about the massive crude oil theft in the oil-rich Niger Delta, while welcoming his colleagues back from their two-month annual vacation. Lawan said the problem was gradually pushing the economy into a coma.

The senate president pledged necessary support for the Independent National Electoral Commission (INEC) in its effort to deliver a successful poll next year.

The legislative proclamations came on the same day President Muhammadu Buhari, in separate letters, requested the Senate and House of Representatives to approve the issuance of promissory notes totalling over N402 billion for the defrayal of some federal debts.

A breakdown of the debt figures released by the DMO Tuesday showed that the bulk of the federal government borrowings were done domestically, with 72.53 per cent being FGN bonds.

Latest data released by the DMO also indicated that domestic debt stock for the review period stood at N26.23 trillion ($63.24 billion) due to new borrowings by the federal government to part-finance the deficit in the 2022 Appropriation (Repeal and Enactment) Act, including fresh borrowings by state governments and the FCT.

From the N26.23 domestic debt stock standing during the reference period, the 36 states and FCT owed N5.281 trillion, while the federal government accounted for the balance of N20.949 trillion.

DMO stressed that external debt remained the same at N16.61trillion ($40.06 billion) from the first quarter (Q1) to the second quarter (Q2) 2022, adding that 58 per cent of external debts are concessional and semi-concessional loans from multilateral lenders, such as the World Bank, the International Monetary Fund (IMF), AfreximBank, and African Development Bank (AfDB), and bilateral lenders, such Germany, China, Japan, India, and France.

Debt service instruments on which the amount was expended included Nigeria Treasury Bills (NTBs), Federal Government Bonds, and FGN Savings Bonds, among others.

The new DMO debt data also revealed that Lagos State retained its top spot as the state with the highest debt stock. As at June 30, 2022, the total domestic debt stock of the country’s economic nerve-centre stood at N797, 305,312,602.53.