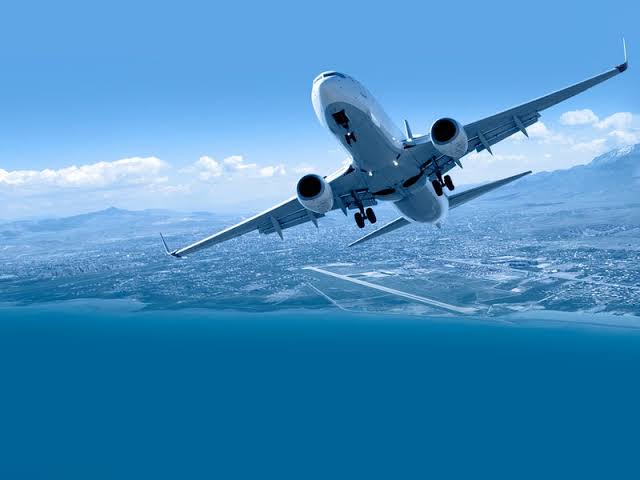 Local Refining Is The Solution To Hike Of Aviation Fuel, Says Stakeholders. .

Stakeholders in the aviation industry have agreed that the solution to the high price and scarcity of aviation fuel, known as Jet A1 was the local refining of the product.

Owing to this, they called on the federal government to do everything possible to rehabilitate existing refineries and give the needed support to Aliko Dangote to quickly complete his refinery so that it could come on stream and save the airlines from the continuous rise in the price of aviation fuel that is racing to N1000 per litre.

The stakeholders who spoke Thursday at the 51st Annual General Meeting (AGM) and Conference organised by the Nigerian Air Traffic Controllers’ Association (NATCA) in Ibadan, Oyo state, said that the high price of the product has had tremendous negative impact on air transport. This, they pointed out, had forced airlines to increase fares to accommodate the cost of aviation fuel, which has risen beyond the ability of many Nigerians who hitherto were regular air travellers.

The industry experts also observed that there could be drastic slump in domestic passenger traffic in 2022; at a time the industry was recovering from the economic devastation of COVID-19.
Speaking at the event, the Chairman of the occasion, Prof. Anthony Kila, lamented that the failure of the government to refine the Jet A1 product locally was negatively affecting the economy.
Kila noted that the aviation industry should be seen as an essential infrastructure by the government, insisting that aviation should not be treated as elitist.

He explained that apart from telecommunications industry, aviation was the next to connect humans and cargo, maintaining that the government should not allow the energy crisis to stunt growth in the sector.

Kila emphasised that the more passengers that patronise the sector, the more revenues for the players in the industry and the country at large.

“We should create an aviation sector that is able to create movement for commerce. The issue of energy crisis should not be allowed in the industry. If we want to make aviation industry to be viable, we should look at commerce.

“The government can look at establishing a bank of aviation, which will attract other players into the sector, especially investors. Aviation leaders should come together and ensure aviation fuel is refined in the country,” he said.

Kila also called for more recognition for Air Traffic Controllers (ATCs) in the country, saying they play critical roles in ensuring safety on the ground and in the air.

Also, the immediate past Managing Director of the Nigerian Airspace Management Agency (NAMA), Capt. Fola Akinkuotu said as far as aviation fuel was being imported into the country, its price and airfares would continue to skyrocket.

Akinkuotu lamented that barely three months ago, one-way ticket in the business class to Abuja from Lagos was barely N50, 000, but said the airfare had risen to N150, 000 in the local market today.

Akinkuotu challenged airline operators to acquire modern equipment to address the challenge of ageing aircraft, hoping that the planned aircraft leasing company by the government would help to resolve the challenge.

He, however, said that adoption of modern technologies by government and other organisations in the industry would help to address some of the challenges presently bedeviling growth in the sector.

Mshelia stated that each of the agencies – the Federal Airports Authority of Nigeria (FAAN), Accident Investigation Bureau (AIB), Nigerian Airspace Management Agency (NAMA), Nigerian Civil Aviation Authority (NCAA), Nigerian College of Aviation Technology (NCAT) and the Nigerian Meteorological Agency (NiMET) – are saturated with support staff that do not have technical requisites to contribute in the development of the sector.

According to him, support staff in each of the agencies takes up to 90 per cent of the total workforce, while the technical staff is left with merely 10 per cent.

Mshelia insisted that the high number of staff in the agencies was responsible for some of the challenges faced by airlines in the sector, alleging that most of them focus on revenue generations, rather than provision of quality services to their clients.

He insisted that the current situation has made the agencies expensive to manage by the government, stressing that NAMA, for instance, had over 5,000 staff nationwide, while it actually required less than 500 staff to operate optimally.

“I want to say that some of our existing agencies are not working at optimal capacity. We have a situation where the agencies are working with more support staff of about 80 to 90 per cent and not more than 10 per cent professionals.

“This situation makes the agencies over-bloated and very expensive to run. So, we also need a total overhaul of the aviation industry. We should adjust the way we run the parastatals and the way we fund them for the domestic airlines to thrive,” he said.