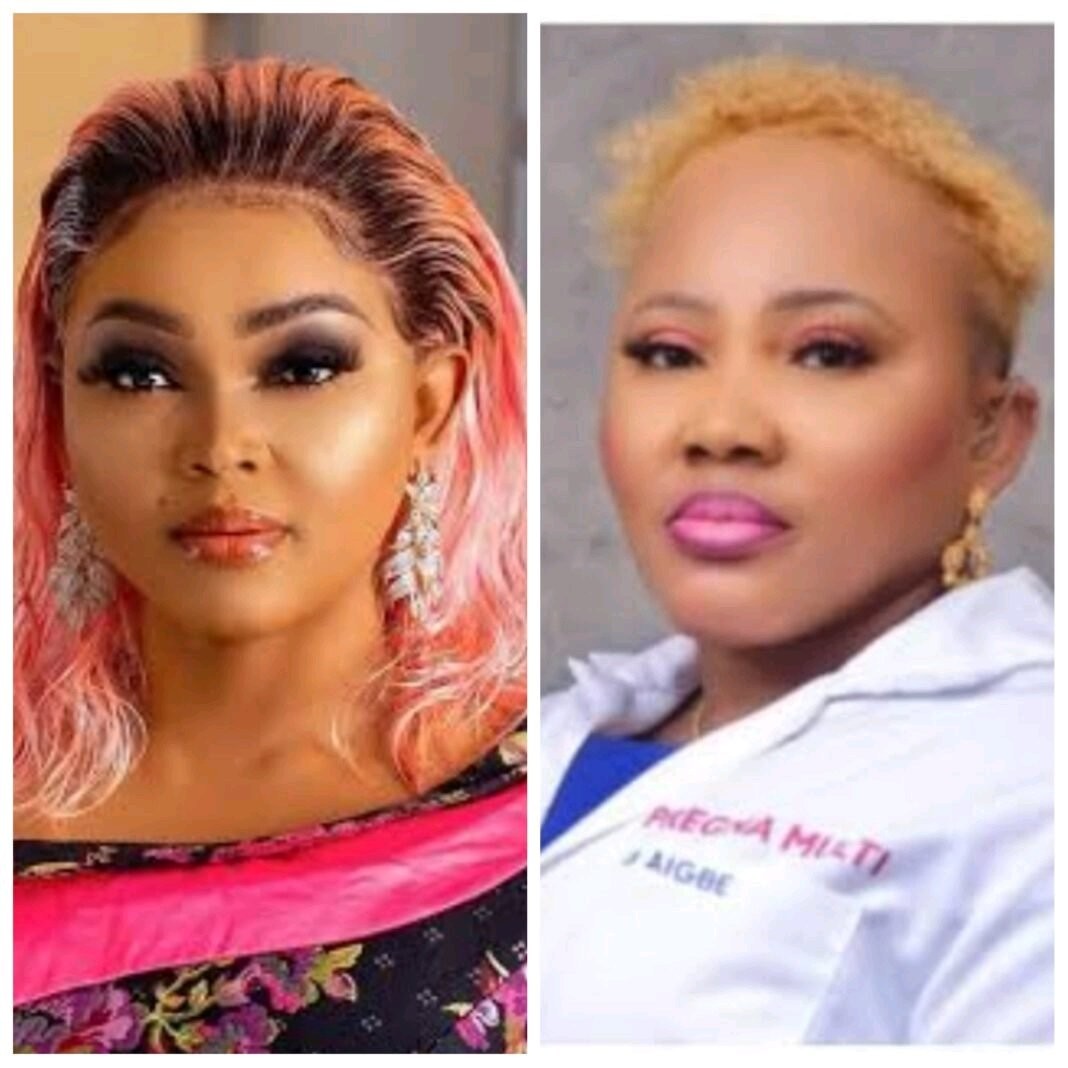 A 52-year-old lady simply known as Dr Patience or Dr Pat, the older sister to Nollywood actress, Mercy Aigbe has taken her anger against her mother to the extreme by burning down the house she lives in.

The bone of contention stems from Dr Patience accusing their mother of being a witch and using her witchcraft activity against her to the advantage of her other popular daughter, Mercy.

She also accused the old woman of refusing to help her pay up a N800,000 loan she had taken and needed to pay up.

Dr Pat alleged set the house located at Adebayo Mokuolu street, opposite Anthony Village Recreation Centre in Lagos, on fire, badly destroying it as nothing could be salvaged, according to Glam and Essence magazine.

According to those living around the neighborhood, the house belongs to their mother’s late husband, who the old woman had only one child for, a son.

She was living in the mini duplex given to her son, that is, Dr Pat’s half-brother, by his father. The building is detached from the main building which is in front and where other flats are located. The other flats which belong to the other children of the late man from his previous marriage, were luckily not affected by the fire.

After burning the building, Dr Pat reported herself to the police.

At the time she embarked on burning the house, their mother was said to be with Mercy, who later came to the house with her mother in a black SUV to assess the damage done to the house.

Before setting the house ablaze, Dr Pat was heard shouting that she is the one that will kill their mother, confirming people’s suspicion that she had planned to burn the old woman in the house if she was in the house that morning.

Those in the area said she had been manifesting mental instability for a while, insisting that her mother is the one deterring her progress.

The children of the late man who the old woman was married to are now worried that Dr Pat might come back to do worse to their father’s property if they don’t take any action against her quickly.

As things stands, Mercy’s mother doesn’t have a house to go back to, as the house is totally destroyed.

Earlier on Friday 30th September, residents had woken up to the noise and screams of Dr Pat who went on a rampage, destroying her mum’s car.

Her mum who is battling with arthritis remained indoors while her angry daughter called her names as she destroyed her car.

The old woman later came out after her daughter left to assess the damage she did to her car’s windscreen, wipers, front and back lights.

It was with shock that many watched the obviously angry lady abuse her mother and shout destiny stealer at her as she destroyed the car. This perhaps explains why she wasn’t in the house when she Dr Pat returned to set the house ablaze as she had left the house to Mercy’s fearing her life is in danger.

Those in the know said Dr Patience and Mercy are actually half-sisters, who share the same mother but different fathers, as their mother had children for several men.