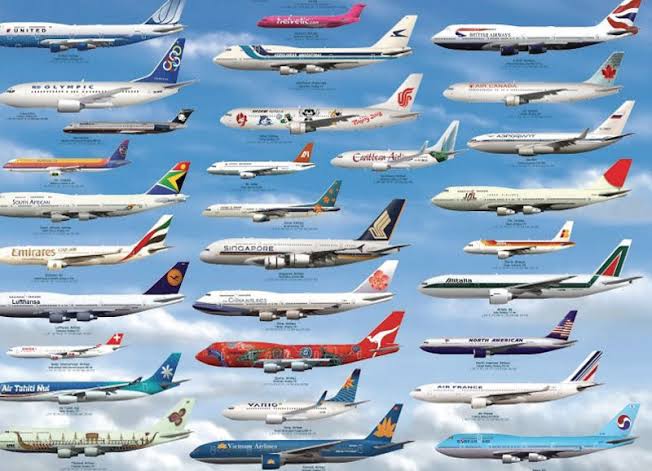 More international carriers are gearing to join the Emirates Airlines which announced, on Thursday, the suspension of its flight operations in Nigeria from September 1, 2022, our correspondents gathered.

The British Airways has already reduced their flight frequencies to Nigeria, as the airline informed its passengers on Thursday of an imminent hike in the cost of its flight tickets.

The international airlines are halting operations in Nigeria and raising airfares because of their inability to repatriate funds to their home countries.

The International Air Transport Association expressed concerns over the decision by the Federal Government of Nigeria to block foreign airlines from repatriating ticket sales revenue running into $450m (N188.6bn) into their respective countries.

Nigeria gets about 90 per cent of its United States dollar from the sale of crude oil. However, the country has consistently not been able to meet its approved crude production quota on a monthly basis due to massive oil theft.

This has severely impacted on the country’s foreign exchange earnings, making it tough for the Central Bank of Nigeria to make dollar accessible for repatriation by foreign airlines with operations in Nigeria.

As a fall-out of the continued inability of Emirates Airlines to repatriate its funds, the carrier announced in a statement on Thursday that its flight operations in Nigeria would be suspended from September 1, 2022.

In its statement, Emirates Airlines stated that it “has tried every avenue to address our ongoing challenges in repatriating funds from Nigeria, and we have made considerable efforts to initiate dialogue with the relevant authorities for their urgent intervention to help find a viable solution.”

It added, “Regrettably there has been no progress. Therefore, Emirates has taken the difficult decision to suspend all flights to and from Nigeria, effective September 1, 2022, to limit further losses and impact on our operational costs that continue to accumulate in the market.

“We sincerely regret the inconvenience caused to our customers, however the circumstances are beyond our control at this stage. We will be working to help impacted customers make alternative travel arrangements wherever possible.”

It, however, noted that should there be any positive developments in the coming days regarding Emirates’ blocked funds in Nigeria, the airline would, of course, re-evaluate its decision.

“We remain keen to serve Nigeria, and our operations provide much needed connectivity for Nigerian travellers, providing access to trade and tourism opportunities to Dubai, and to our broader network of over 130 destinations,” the global carrier stated.

Reacting to this, the President, Association of Foreign Airlines and Representatives in Nigeria, Kingsley Nwokeoma, said more international carriers would join Emirates Airlines soon if nothing was done to address their concerns.

He said, “This is just the beginning. It is over $1 billion dollars that is being held and they (foreign airlines) cannot repatriate it. If other countries are like Nigeria, there will not be any industry because this money is used for maintenance. Even the money used to pay their staff in Nigeria is coming from other climes.

“Aviation industry is all about 100 per cent safety. If there is no money, safety will not be 100 per cent guaranteed. So, it is going to continue. Emirates has kick-started it and I’m sure that you are aware that British Airways has cut flights into Nigeria and that is how it is going to start.

“Just like Emirates did, they will first of all cut their flight into Nigeria and they will look at it holistically again and if it is not working out, then it’s not working out. This did not start today. It started over the years and the government is not doing anything.”

Nwokeoma added, “Look at it this way, when things were not this bad, what commitment did the government make? Is it now that things are gloomy? So, we hope that we don’t have to go to Benin Republic, Togo or Ghana before we can fly out or do our international travels.”

The foreign airlines’ representative observed that most passengers from Nigeria travelled to Dubai and the Middle East using Emirates Airlines.

“So if they are not coming into Nigeria, it means there is going to be a big vacuum which nobody can fill. It will continue because the airlines will start reducing frequencies,” he stated.

Nwokeoma added, “I keep asking this question that if other climes are behaving like Nigeria, will there be an aviation sector? The airplanes that come in are not our freight. They have to pay Boeing, they pay AirBus, they pay all these people, they have a payment scheme and where is the money coming from? So, it is an issue.”

Meanwhile in a notice to its passengers through various travel agents on Thursday, British Airways stated that it was changing to full fares any moment from now.

The notice read, “Good afternoon. Please be informed that information reaching us from BA indicates that the airline is changing to full fares F, J, W and Y any moment from now. Kindly let (us) issue any pending tickets to avoid fare increase.”

When asked to explain what the notice implied, Nwokeoma stated, “It is basically to cover for the dollar loss, but some airlines are doing it already. So, that means air tickets will be more expensive.

The International Air Transport Association Regional Vice President, Kamil Alawadhi, said, “IATA is disappointed that the amount of airline money blocked from repatriation by the Nigerian government grew to $464 million in July. This is airline money and its repatriation is protected by international agreements in which Nigeria participates. IATA’s many warnings that failure to restore timely repatriation will hurt Nigeria with reduced air connectivity are proving true with the withdrawal of Emirates from the market. Airlines cannot be expected to fly if they cannot realize the revenue from ticket sales.”

“Loss of air connectivity harms the local economy, hurts investor confidence, impacts jobs and peoples livelihoods. It’s time for the Government of Nigeria to prioritize the release of airline funds before more damage is done.”

Alawadhi said this was the eventuality that IATA had been warning Nigeria’s government about and was an eventuality IATA and airlines desperately wanted to avert.”