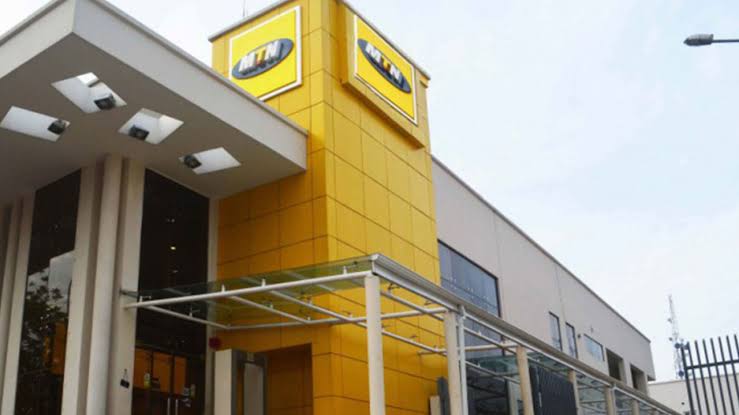 MTN To Take Over Enugu To Onitsha Road With N203bn Approved By FEC.

The Federal Executive Council, on Wednesday, approved MTN’s takeover of the construction of the Enugu-Onitsha Expressway at over N202.8bn under the road Infrastructure Tax Credit Scheme.

The Minister of Works and Housing, Babatunde Fashola, disclosed this to State House correspondents shortly after this week’s council meeting chaired by the President, Major General Muhammadu Buhari (retd.) at the Presidential Villa, Abuja.

According to Fashola, the approval followed Executive Order 7 signed by the President in January 2019.

This, he said, would enable the telecom giant to complete the dualisation of the 110-kilometer road.

Under the same scheme, the Council approved the Umuchi-Ususu-Umueme Road in Abia State for construction by GZ Industries at N4.2bn.

He explained that “the Ministry of Works and Housing presented two memoranda and they are largely PPP based memoranda. In January 25, 2019 specifically, President Buhari approved Executive Order 7, which was the road infrastructure tax credit scheme, to allow private sector to invest tax liabilities in advance in infrastructure, and that policy has helped us to finance roads like or by Obajana to Kaba, Apapa-Oshodi, Oshoki-Ojota Expressway, the Bodo-Bonni expressway in Port Harcourt, about 1000 kilometers covering 21 roads under the NNPC investment. So, there is an increased optic for that policy. Today, we have two more.

“The first that was approved is the one by MTN Nigeria Plc to take over and complete the ongoing Enugu-Onitsha Expressway. That road is 110 kilometres, which is being dualised. So, you have 110 kilometers times two.”

He added that the outstanding work aggregated to over 91km on both sides. While the Enugu bound section of the road had been largely completed, more work was required on the Onitsha section, the minister explained.

Fashola noted that the policy would allow a steady and sustained stream of funding for completion by MTN.

He continued: “The second memo also was under the Tax Credit Scheme and while the first one was related to the road linking Anambra and Enugu states, this one is with respect to a road in Abuja.

“Now, the road is called Umuchi-Ususu-Umueme GZ Industries Road in Abia. The private sector beneficiary of the approval is a company called GZ Industries. GZ Industries manufactures aluminium cans for bottling drinks. They have a factory in Agbara in Ogun State and they have another one in Abia in this area. So, it’s a link road to their factory.

The council also approved the establishment of a fire truck maintenance and refurbishment centre in Katsina at N13.02bn. This formed part of the three memoranda presented to the council by the Ministry of Aviation.

According to the Aviation Minister, Hadi Sirika, the piece of infrastructure was “critical” for the country.

Sirika explained that past governments shipped Nigeria’s firefighting equipment to Europe where they were manufactured for refurbishing.

He lamented that the back-and-forth shipping costs were no longer sustainable, let alone exporting labour on scarce foreign exchange.

“In fact, it’s not going to be limited to only firefighting. It will be for heavy duty vehicles that could be maintained and the intended purpose. As they gain experience, we go into assembly of those trucks here in Nigeria, similar to what Volkswagen and Peugeot are doing, and eventually they start to manufacture our own.

“So, the setup will be with the aim to achieve that but the first initial contract is to set it up in such a way that we’ll be doing maintenance on that equipment, and the contract sum was N7,913,949,964,” Sirika explained.

The second contract under the first memo comprised the building of the maintenance center which would be executed by Ingenious Nigeria Limited at N3.99bn.