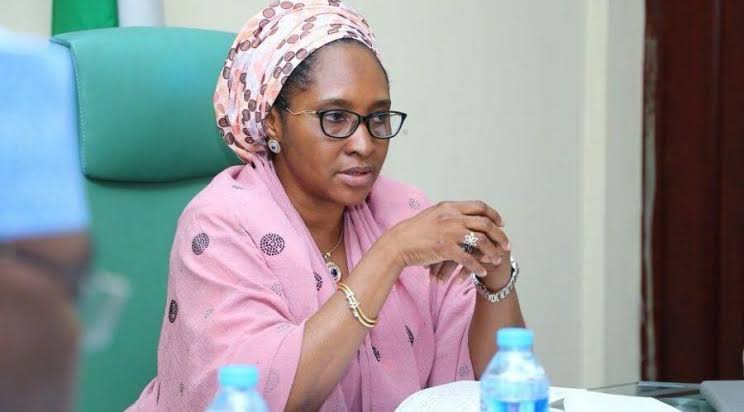 The Federal Government is proposing a budget with estimates totalling N19.76tn, while the deficit will hover between N11.30tn and N12.41tn in the 2023 fiscal year.

If the deficit settles at N12.41tn in 2023, the Federal Government may need to borrow to finance it, which could raise Nigeria’s total debt to a record N54.01tn.

Nigeria’s current debt is N41.6tn, according to the 2022 first quarter data from the Debt Management Office.

The debt will likely exceed the three per cent limit prescribed in the Fiscal Responsibility Act, which was earlier overshot by the current administration in 2020.

The Minister of Finance, Budget and National Planning, Zainab Ahmed, said in Abuja on Monday, that the government might be unable to provide for treasury-funded capital projects next year, especially due to dwindling revenue and payment of subsidy on Premium Motor Spirit popularly known as petrol.

Ahmed, in his presentation to the House of Representatives’ Committee on Finance at the hearing on the proposed 2023-2025 Medium Term Expenditure Framework and Fiscal Strategy Paper, expressed concern that crude oil production challenges and the petrol subsidy deductions by the Nigerian National Petroleum Company Limited (formerly Nigerian National Petroleum Corporation) constituted a major threat to the country’s revenue growth targets.

The minister added that the country must do things differently to get results She stated that bold, decisive and urgent action must be taken to address revenue under performance and expenditure efficiency at the national and sub-national levels.

The minister said, “In this scenario, the budget deficit is projected to be N11.30tn in 2023, up from N7.35tn in 2022. This represents 5.01 per cent of the estimated GDP (Gross Domestic Products), above the three per cent threshold stipulated in the Fiscal Responsibility Act, 2007.”

Ahmed, who analysed the available options, said the government could opt for payment of petrol subsidy from January to December, adding that, “Given the severely constrained fiscal space, budget deficit is projected to be N12.41tn in 2023, up from N7.35tn budgeted in 2022, representing 196 percent of total FGN revenue or 5.50 per cent of the estimated GDP.”

She stated, “This is significantly above the three per cent threshold stipulated in the Fiscal Responsibility Act 2007 and there will be no provision for treasury funded MDA’s capital projects in 2023.”

According to the minister, under the first scenario, the government’s projected revenue for 2023 is N6.34tn, out of which only N373.17bn is expected from oil related revenue, while the balance of N5.97tn will come from non-oil sources.

On the second scenario, Ahmed said, “In addition to subsidy reform, this scenario assumes an aggregate implementation of cost-to-income limit of the government-owned companies. With these, the 2023 FGN revenue is projected at N8.46tn out of which N.99tn or 23 per cent is projected to come from oil revenue sources.”

She noted that the business-as-usual scenario assumes that subsidy on petrol, which is estimated to be N6.7tn for a full year, will remain in 2023 and be fully provided for, while another scenario is the reform scenario which assumes that petrol subsidy will remain up to mid 2023 based on the 18 month extension announced early 2021, in which case, only N3.6tn will be provided for.

Speaking on the key assumptions of the proposed 2023 budget, Ahmed said oil benchmark was estimated at $70 per barrel, with an oil production benchmark of 1.69 million litres per day and an exchange rate of N435.02 to a dollar, while inflation is expected to grow at 17.16 per cent. The minister added that the GDP was expected to grow at 3.75 per cent, while an upward pressure on prices is expected to be driven by the current and lag effect of the global price surge due to the Russia-Ukraine war, domestic insecurity, rising costs of imports, exchange rate depreciation as well as other supply side constraints.

The minister also noted that growth in nominal consumption had been adjusted in line with revised estimates based on changes in the components of the GDP and historical performances, adding that the medium-term nominal consumption is projected at N121.93tn in 2023.

The minister noted that the key parameters as well as other macroeconomic projections driving the medium-term revenue and expenditure framework had been revised in line with the emergent realities.

She, however, pointed out that revenue generation remained a major fiscal constraint for the federation, stressing that the systemic resource mobilisation problem had been compounded by recent economic recessions.

Responding to various questions from members of the committee, the lawmakers, Ahmed said, “From what has happened in 2022, clearly what we are spending is not giving us much value because production continues to decline and what this means is, whatever we are doing is not working and, therefore, we have to do something totally different.”

Speaking on oil pipelines security, the minister said, “My understanding is that security agencies and the national oil company as well as the regulators have been working very hard to find solutions and what they tell us is that they are beginning to see improvement. Oil production in April was 1.3 million barrels per day and by July it was 1.4 million. We do hope that the increase will be very significant because it is costing us not just N3.2bn in terms of security cost, but the revenue we have earned. At 39 per cent, the oil and gas revenue as at April is at very low performance. We need to move oil and gas revenue the threshold.

“In the MTEF for 2023 to 2025, we have removed the federation spending on pipeline security, assuming that with the transition of the NNPC to NNPC Limited, they will be carrying that cost directly, not the federation. The Petroleum Industry Act has given the NNPC some independence from the federation. Also as a registered company now under CAMA, they have to perform in line with the laws of the Company and Allied Matters Act. A lot of the expenditure the federation used to carry will now be carried by NNPC Limited. NNPC will be paying taxes and dividends and we believe in the medium term, the federation will end up earning more revenue. It also means that the NNPC will need to go and borrow money on its own. That will improve efficiency on the company. They have paid dividends and royalties to the federation, which they were not doing before.”

Ahmed further said, “On production, we are projecting 1.69 million barrels per day based on the projection of the NNPC. They are projecting that all the measures taken now is going to result in increased production and we hope it works out. If it doesn’t, the deficit situation we found ourselves in will even be worse.

Speaking on the issue of Morocco-Nigeria gas pipeline, the minister said the Federal Executive Council only recently approved funding for the feasibility study, which means that it is still at the feasibility study phase. She also noted that the government had already removed the project from its funding, saying the NNPC will be able to provide the needed details about the project.

The Chairman of the Committee on Finance, James Faleke, pointed out that the current financial situation in the country requires that all revenue sources explored as the government was short of revenue.

Faleke said it was obvious that when there is no revenue, every aspect of the country suffers and asked all agencies appearing before the committee to provide the committee the correct position of their revenue.

He warned that no agency of government would be allowed to play with revenue of the country.

Commenting on the dwindling revenue and the high subsidy bill, the Chief Executive Officer, Center for the Promotion of Private Enterprise, Muda Yusuf, according to an interview the punch had with Muda Yusuf he said that already the debt service had exceeded government’s revenue.

He stated, “The new borrowing proposal would worsen an already bad debt situation.  Already, debt service has exceeded government revenue, going by the financial report of the Federal Government as of April this year.  We are already at a debt threshold that is not sustainable.

The economy is on the verge of bankruptcy.

The deepening of the debt crisis could crystallise the bankruptcy risk.”