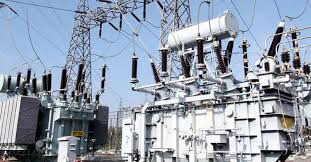 Managed by the Transmission Company of Nigeria (TCN), the nation’s electricity grid, located in Osogbo, Osun State, has gone down six times this year alone.

In a message to customers, major electricity distribution companies (DisCos) said the national grid collapsed at 11:27a.m. The DisCos did not state the cause of the fresh system collapse.

The incident comes 38 days after the national grid suffered a system failure on June 13. The grid has forcefully shutdown for over 140 times since the Federal Government privatised the power sector.

Eko Electricity Distribution Company (EKEDC) had alerted consumers, yesterday, blaming outage on the collapse. The DisCo tweeted: “Dear customers, we regret to inform you of a system collapse on the national grid at precisely 11:27a.m. today, July 20. We are in talks with the Transmission Company of Nigeria to ascertain the cause of the collapse and a possible restoration timeline. We will keep you updated on the situation.”

Kaduna DisCo also noted that while the power failure was regrettable, the company awaits TCN to restore power.

“We sincerely regret the inconveniences caused by the system failure. We hereby assure our esteemed customers of restoration of normal power supply as soon as TCN restores supply to us,” Head, Corporate Communication, Abdulazeez Abdullahi, said in a statement.

Checks by The Guardian on data released by the National System Operator, a unit under TCN, showed that as at 4:00p.m., only Omoku (45.5MW) and Trans-Amadi (33.40MW) were on the grid as it began a gradual recovery process.

Association of Nigerian Electricity Distributors (ANED), the umbrella body of DisCos, had decried repeated system collapse, blaming the situation on the obsolete, analog system being used by TCN.

Dr Joy Ogaji, Executive Secretary at the Association of Power Generation Companies (APGC), decried the impact on power infrastructure and the chaos it creates in the form of monetary setback for activities in hospitals, airports and public utilities.

Although Nigeria is currently operating a Service Based Tariff as Nigerian Electricity Regulatory Commission (NERC) had insisted that the electricity market must operate on contract beginning from July 1, the prevailing development has left huge distrust in the electricity market, as most corporate bodies now deploy off-grid solutions, including power-generating sets to escape the impact of persistent failure, especially on critical equipment.

POWER sector engineers have called on the Federal Government to declare a state of emergency in Nigerian Electricity Supply Industry (NESI), to enable the mobilisation of resources to tackle the challenges facing the sector and allow capital punishment for those involved in the vandalism of power infrastructure.

Speaking at the International Power Engineering Exhibition and Conference organised by the Nigerian Institute of Power Engineers (NIPE), in Abuja, the Executive Director, Networks, Niger Delta Power Holding Plc (NDPHC), IfeOluwa Oyedele, said such a measure would allow the government to reset the sector.

Oyedele pointed out that the sector has been running on deficit since it was privatised in 2013 and “is projected to reach over N820 billion deficit this year with cumulative deficit of over N3 trillion since 2014.”

He explained that the collapse of the grid yesterday was just one of the challenges facing the sector, adding that “there are so many causes of grid collapse, some of which is rejection of power by DisCos and vandalism. It is the right time we declared an emergency in the power sector to attack some of these problems.”