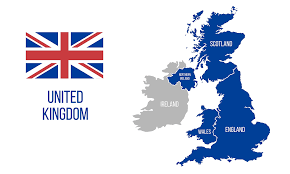 The new UK prime minister to replace the outgoing Boris Johnson will be announced on September 5, the ruling Conservative party said Monday, with 11 hopefuls currently vying for the job.

The leadership contest was triggered last week when Johnson, 58, was forced to step down after a frenzy of more than 50 resignations from his government, in opposition to his scandal-hit premiership.

The influential 1922 Committee of non-ministerial Tory MPs in parliament on Monday outlined a timetable for the party’s leadership election.

Nominations will officially open and close on Tuesday, with a new prime minister set to be installed when parliament returns from the summer break on September 5, Graham Brady, chair of the 1922 Committee, told reporters.

With calls for Johnson to leave Downing Street as soon as possible — and to avoid the process dragging into MPs’ summer holidays — the numbers are likely to be pared down quickly to just two.

The joint-executive secretary of the 1922 Committee, Bob Blackman, said they were committed to doing that before parliament breaks for the summer on July 21.

The first ballot will be held on Wednesday, with a second ballot likely on Thursday, said Brady.

In a bid to speed up the process, candidates must have at least 20 MPs backing them in order to enter the race, up from the usual eight, and any candidate who fails to get the support of 30 MPs in the first ballot will be eliminated.

Among those running are Rishi Sunak and Sajid Javid, whose departures as finance minister and health minister sparked the wave of resignations.

Brexit figurehead Johnson dramatically announced his departure as party leader last Thursday but is staying on in Downing Street until a replacement is found.

Javid said that with Britain facing a soaring cost-of-living crisis, energy price hikes and the war in Ukraine, there was a need more than ever for “competence” in the country’s leaders.