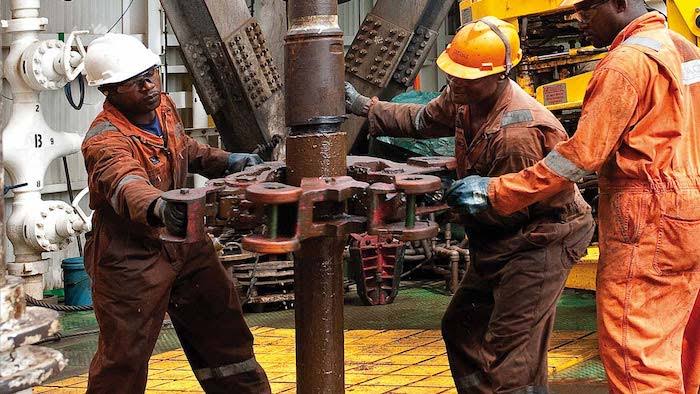 Nigeria’s crude oil production has risen to 1.5 million barrels per day, as the country moves to recover its export pipelines, the Group Managing Director of the Nigerian National Petroleum Company Limited (NNPCL), Mele Kyari has said.

This comes as the in-country capacity in the nation’s oil and gas moved to a new 54 per cent record. Speaking yesterday at the 11th Nigeria Practical Content (PMC) organised by the Nigerian Content Development and Monitoring Board (NCDMB) in Uyo, Akwa Ibom state, Kyari revealed that Nigeria has not recorded significant funding in the oil and gas sector in the last 10 years.

“We were able to get the trans forcados pipeline back to work. And ultimately, the net effect of that is that from one million barrels three months ago, we are back to 1.5 million barrels per day. Is that our ambition? No. We believe we can get back to 2.4 mbpd early next year,” he revealed.

Kyari insisted that Nigeria has the capacity to hit 2.4 million barrels per day if the challenges confronting the sector are sorted. Making a case for the usage of gas for industrial development, the NNPCL boss submitted that gas provides the opportunity to power the global economy in a sustainable manner.

According to him, to deepen gas utilisation, NNPCL has decided to focus on in-country infrastructure. While the NNPCL is currently supplying about 1.1 billion standard cubic feet (scf) per day to the Lagos area, Kyari insisted that the company has the capacity to supply 3.6 billion scf daily.

In his presentation, Executive Secretary of NCDMB, Simbi Wabote, revealed that the in-country capacity in the oil and gas industry has reached 54 per cent.

“We are seeing an increase in investors’ confidence in the industry resulting in new investments in structural steel fabrication and optical fiber cable manufacturing facilities. There is deliberate inclusion of women owned companies and Project 100 companies in bidding for contracts to further diversify and deepen the supply chain development in the country,” he said.

The NCDMB boss highlighted that the Board is deepening the support it is giving to the Project-100 beneficiaries in the five intervention areas that cover access to market, capacity building, business insights, policy interventions, and Research and Development.

In addition, 100 companies have also accessed $10.6 million from NCDMB-NEXIM and NCDMB-BOI intervention funds. On funding, Wabote stressed that the Board portfolio of intervention funds being managed by BOI and NEXIM Bank have grown to $500 million covering loans for asset acquisition, manufacturing, project finance, working capital, and women in oil and gas.

“So far, the $300million NCIFund with BOI has been disbursed in full to more than sixty (60) businesses while about $15million applications have been approved for disbursement under the NEXIM Bank products.

“The products paper for the $50million NOGAPS Manufacturing Fund with BOI has been finalized and will be launched in January 2023 for qualified manufacturers to apply,” he added.