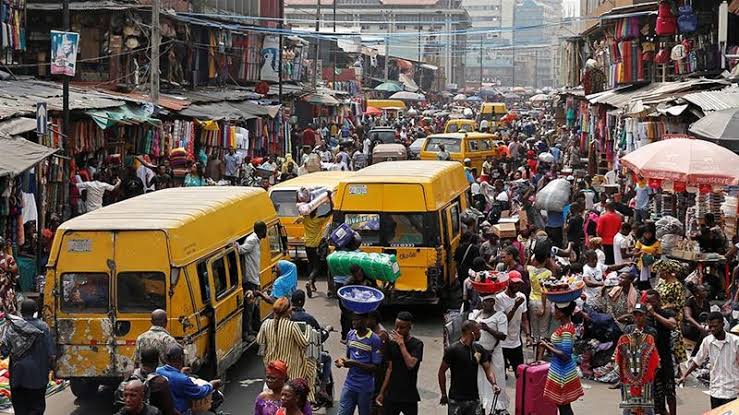 It was the biggest inflation numbers since October 2005 with the cost food hitting 23.12 per cent on a year-on-year basis, representing a 2.82 percent increase from 20.30 per cent in August 2021.

On a month-on-month basis, inflation rose to 20.52 per cent in the month of August, from 19.64 per cent in July, according to the latest Commodity Price Index report published by the National Bureau of Statistics on Thursday.

The CPI measures the average monthly change in the prices of goods and services in a nation.

According to the NBS, the inflation rate was 3.52 per cent points higher compared to the rate recorded in August 2021, which was 17.01 per cent.

According to the statistics body, the Increases were recorded in all classifications of individual consumption by purpose divisions that yielded the headline index.

A further breakdown of the CPI report showed that urban inflation stood at 20.95 per cent, while rural inflation was 20.12 per cent. Food inflation, on the other hand, also rose to 23.12 per cent.

This rise in the food inflation was caused by increases in prices of bread and cereals, food products, potatoes, yam and other tuber, fish, meat, oil and fat.

The increase to 20.52, which further worsens the 17-year high reached in July when inflation hit 19.64 per cent in July, also implies an exacerbation of the cost of living crisis that has seen the price of products and services skyrocket in the past few months.

In explaining the possible causes behind the continued increase in inflationary pressure, experts have cited factors such as disruption in the supply of food products, increase in import cost due to the persistent currency depreciation and a general increase in the cost of production as the major drivers.

The academic, who lectures at the University of Uyo, further stated the inordinate spending by the political class to fund their electioneering campaigns had also contributed to fueling the inflationary pressure. This, he said, had led to “too much money chasing too few goods.”

“That’s the problem, too much spending by politicians. The Central Bank of Nigeria is still giving the government money because they don’t know how to tell the government ‘no’. So, I don’t see the inflation rate coming down this year.”

Asked if the decision by the Monetary Policy Committee to increase base lending rate had helped curb the increase in inflation, Ekpo said, “What MPC does is to increase the interest rate to curtail growth and investment, but it doesn’t work because our economy is not the U.S economy. Their currency, the dollar, is both a domestic and an international currency. It is convertible.

“In our own case, naira is not convertible. So the exchange rate gap, the gap between the official rate and the black market, is too wide. With the exchange rate regime strengthened by politicians spending money, I don’t see it coming down. The MPC may meet and increase the rate, it won’t change anything. They’ve done it twice, yet, as they do it, inflation keeps accelerating. So, they have to think of putting in place investment policies.”

Ekpo also said the central bank had contributed to the inflation crisis by embarking on too many intervention projects which had indirectly pumped more money into the economy.

“They will not say it, but they are putting a lot of money to finance these intervention funds and that is causing more inflation. I don’t see the rate (inflation) coming down this year. I’ll be surprised if it does,” he added.

The Director-General of the Nigerian Association of Chambers of Commerce, Industry, Mines and Agriculture, Olusola Obadimu,  in an exclusive interview with our correspondent, said the benchmark of the value of the naira in comparison to the dollar would always be at a disadvantage due to the debilitating impact of debt servicing, fuel subsidy, foreign reserve depletion, and back-breaking importation costs.

“The price of a TV set that is manufactured outside this country in dollar terms. The currency is losing value faster than anything and the managers of the economy have tried their best to stabilise the value of the naira which has resulted in a case where our foreign reserves have taken a hit in an effort by CBN to artificially hold the value up. Now, we have a situation where the naira is floating between N700-N730 a dollar.”

Obadimu noted that the events of the hike in inflation were cyclic fashion fueled by overbearing pressures on the national budget, which could be solved by diverting fuel subsidy funds ito other areas of the economy. However, he warned about the risk involved in taking such as step.

“Some things are cyclical and that is the fears being nurtured by those afraid of the consequences of any attempt to remove fuel subsidy.

“There is an overbearing pressure to remove the subsidy to free up the budget so that some money can go into development. However, if we do that, it will have a monumental effect on the naira again because it will spike inflation again.”

Obadimu explained that there were rumours relating to the lack of funds for capital expenditure in 2023 due to the growing burden of debt servicing.

Speaking further on the economic implications on the financial welfare of Nigerians,  the Deputy-President of the Lagos Chamber of Commerce, Gabriel Idahosa, explained that the hike in inflation was a cause for serious concern.

“The inflation rate crossing 20 per cent raises a serious concern about possible runaway inflation. That’s inflation that gets out of control because short-term measures are no longer able to stop it.”

Idahosa noted that the primary measures within government control included stopping crude oil theft and ending the security situation that often stopped micro and small businesses from operating freely in many parts of the country.

He noted that the “rising inflation means increasing poverty as existing workers’ income can only buy less and less food and other livelihood needs. It also means many businesses will lay off more workers as rising operating costs push them into lower profits or higher losses.”

An economic expert at the Pan-Atlantic University, Associate Professor Olalekan Aworinde, said Nigeria’s inflation was increasing at an aggressive rate, a reality which spelt tougher times for working-class Nigerians, many of whom lived on a fixed income.

According to the academic, Nigeria’s worsening inflation crisis would lead to a high cost of living, low standard of living, weakened production and, ultimately, more job losses.

“Those employing individuals will not be able to produce up to the maximum capacity and the implication is that they will sack some workers, which means there will be loss of jobs.

With the economy now, there will be increase in the government expenditure and tendency of accumulating debts.”

The Chief Executive Officer, Centre for the Promotion Of Private Enterprise, and former Director-General, LCCI, said the heightened inflationary pressures in the Nigerian economy remained very troubling with headline inflation surging to 20.52 per cent in August.

According to him, even more worrisome was the spike in food inflation to 23.12 per cent.

Yusuf said, “The reality is that the major inflation drivers had not abated. If anything, some have become even more intense.

The former LCCI DG said accelerated fiscal deficit financing by the CBN was also a significant inflation driver of Nigeria’s inflation. “The financing of fiscal deficit has been elevated to disturbing levels at almost N20tn. This has huge implications for money supply and knock-on effect on inflation.  CBN financing of deficit is high-powered money and very inflationary. It is inflation tax,” he noted.