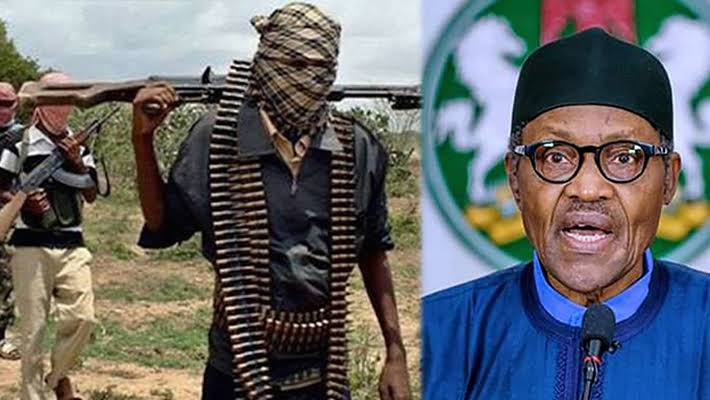 Nigeria budgeted a total of N11.18tn for security from 2015 to 2022, investigations by The PUNCH have revealed.

Despite the high budgetary allocation, however, the country remains the second most attacked country by the Islamic State terrorist group globally, according to the data by Jihad Analytics.

This is happening against the backdrop of the claims by the President, Major General Muhammadu Buhari (retd), that his regime was winning the counter-terrorism war.

The PUNCH had reported the activities of ISWAP terrorists and bandits   in the North-West, North-Central and attacks in South-West.

The group claimed responsibility for the attack on the Kuje Medium Security Correctional Centre, Abuja, on July 5, during which hundreds of suspected Boko Haram commanders and other criminals escaped

Its fighters were also believed to have masterminded the attack on the elite Guards Brigade troops in Abuja in which five soldiers died.

Since Buhari assumed office on May 29, 2015, his regime had allocated approximately N11.18tn as security budget.

This figure covers budgetary allocations to the Ministry of Defence, Ministry of Interior, Ministry of Police Affairs, National Security Adviser and the Police Service Commission.

Based on the 2015 Appropriation Act available on the website of the Budget Office of the Federation, a total of N626.39bn was allocated.

The Ministry of Defence had purchased equipment for the Nigerian Army, Nigerian Navy, and the Defence Intelligence Agency worth $99.5m, out of the $1bn approved by the President.

In 2018, Buhari told the National Assembly that he had ordered the payment of $496m to the United States Government for the purchase of 12 Tucano aircraft ahead of legislative approval to withdraw the $1bn fund from the Excess Crude Account.

However, in March, the $1bn arms fund was engulfed in controversy when the National Security Adviser, Maj Gen Babagana Monguno (retd.), alleged that the $1bn meant to purchase arms to tackle the insurgency had gone missing.

The Stockholm International Peace Research Institute describes Nigeria as one of the largest spenders in the area of military expenditures.

A Development Economist, Aliyu Ilias, said the increase in budgetary allocation was in line with the increasing insecurity in the country.

“Security (budget) keeps increasing and there is the need to buy more equipment, so it is understandable that there is an increase in budget allocation,” he said.

A Professor of Economics at the Olabisi Onabanjo University, Ago-Iwoye, Ogun State, Prof. Sheriffdeen Tella, also agreed that the rising level of insecurity led to the increase in budgetary allocation.