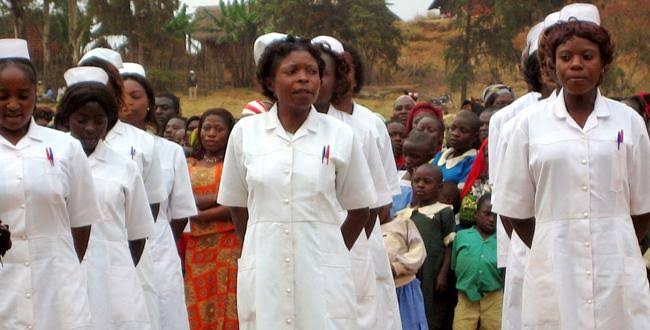 Mrs Turaki has always loved a career in nursing but her passion for the profession is now under strain. The burdens are heavy and many: a shortage of staff, poor working conditions, inadequate equipment and a heavy workload. Most of these are the spin-offs from the massive emigration of medical workers to foreign countries.

In the 15 years, Turaki, who declined to give her first name, has been a nurse, short-staffing has only gotten worse at the tertiary hospital where she works in Bauchi State. Seven of her nursing friends at the hospital have left the shores of the country for greener pastures.

“I’m not enjoying the job again,” she told The PUNCH. “This was not what I thought before joining the profession. I thought it’s meant to get better but things are getting worse; no equipment, no good remuneration.”

Turaki now runs longer shifts and attends to more patients. Normally, she is meant to care for four patients, or at most 10. When she arrives at work, she has to decide which of the 50 patients on the queue needs urgent care or minor surgeries.

“In a day, I attend to at least 20 patients and if I’m on the triaging table, I must attend to about 50 patients daily. I will triage them one after the other to know the department to refer them to. I have to go through their folders and check if they are new cases or they are emergency cases,” she added.

For minor surgeries, between 10 and 15 patients, she has to attend to them one after the other, working hand in hand with the doctors.

As a result of the gruelling workload and lack of working tools, Turaki thinks the world is on her shoulders. Her emotions run high, especially when the human cost of the poor state of healthcare delivery adds up. Many times, she breaks down in tears.

“There was a patient who required an emergency tracheotomy but the equipment was not available. We referred the patient to another hospital in Jos, which was the closest but before getting there, he died. The patient’s relatives called to say he died,” Turaki said.

For all her troubles, her pay, she noted, is not worth it. At Grade Level 13, she earns N210,000 monthly. “I’m on CONHESS 12, which is GL 13 in the civil service. Our colleagues that have travelled abroad earn up to N1 million,” she said.

Just like Turaki, Mrs Ameh (real name withheld to avoid reprimand) feels overwhelmed and undervalued. “I enjoy my nursing job but I am overwhelmed. We are only two nurses in the clinic; we get burnt out because we attend to more than 20 patients, sometimes 70 patients a day. This is what we face every day. The work that should have been done by four people is being done by two people,” Ameh, who works in one of the tertiary hospitals in Ondo State said.

Asked whether she is considering leaving the country for where she believes her services will be highly rewarded, she said “yes,” without hesitation.

“If I see the opportunity, I won’t wait, I will go; the work is overwhelming. Today, we attended to more than 30 patients. So, if I have the means to go, I will go. I think about it every day.”

Thousands of nurses like Turaki and Ameh are frustrated on the job due to the increasingly difficult working conditions. At least 57,000 of their colleagues, according to the President of the National Association of Nigeria Nurses and Midwives, Michael Nnachi, left the country between 2017 and 2022 to earn better pay.

Retired nurses to the rescue

To save the situation, hospital managements in Nigeria have decided to call back retired nurses. Some of them believe that retired nurses still have much to offer at 59 or older. Though some hospitals denied resorting to such a scheme, the recruited nurses are talking in anger. After a fulfilling nursing career that spanned 35 years, Abimbola Johnson (not real name) took a bow from Lagos State’s employ in 2019.

Johnson retired as an Assistant Director of Nursing Services in one of the general hospitals in Lagos. The civil service rule in Nigeria mandates civil servants to retire either after serving for 35 years or attaining the age of 60. The former was the basis for Johnson’s retirement as she was 58 years old at that time. But her retirement phase was short-lived and she found herself back at work two years later.

Johnson, who is now 61, said she was recruited again as staff shortage hit the critical workforce and the pressure on hospitals escalated. Johnson, who is currently working in the health service as a contract worker, said her grade level was stepped down by a rank.

She told our correspondent that many of her colleagues are also back to work, all in a bid to salvage the health sector from collapse.

“I have seen colleagues that have renewed their contract up to four times, some of them have even passed age 65. We see them and we know ourselves. Even in the Lagos University Teaching Hospital, Idi-araba, we have some of our good old hands that are retired and are back there as contract nurses because of the mass exodus of nurses.

“You find out that the majority of us who are retired due to length of service are back to work, especially with the massive exodus of nurses to other countries, bad state of the economy and dull business environment,” the 61-year-old nurse said.

The veteran nurse said she would have felt uncomfortable staying at home when she still had something to offer. “The ability is still there to work. Why would I stay indoors when I still have something to offer, especially when I belong to the class of nurses passionate about the profession?

“My two-year contract ends this December but if I wish to continue, all I have to do is re-apply and renew my contract for another two years,” she said.

Another retired nurse, who wished to remain anonymous, said even though she is contributing her quota to healthcare delivery in the country, she is saddened by the overstretched health system and the paltry salary despite the demands of the job.

The nurse retired this year at age 59 as a GL 16 officer but she was recruited almost immediately as a contract nurse on GL 15.