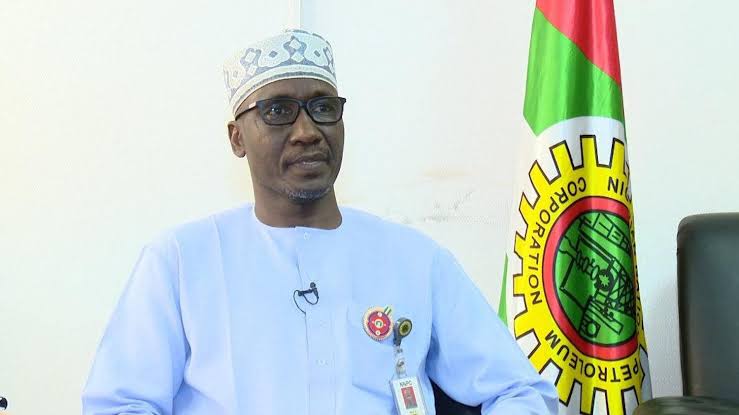 The profit represented a growth of 134.84 per cent when compared with N287 billion profit in 2020 was recorded under the old Nigerian National Petroleum Corporation (NNPC).

This is as the National oil company also said that Nigeria is owing it N1.3 trillion, even as it deactivated 395 illegal refineries in its efforts to curb oil theft in the country.

Speaking on the Group’s financial position, Kyari said amidst the challenging operating environment which has tested the resilience of institutions and businesses globally, the NNPC  weathered the storm by posting its second consecutive year of profit.

The positive result, he said, is coming as global economies continue to struggle with the recessionary forces and weak economic outlook as the NNPC Group’s investment strategy proved resilient in spite of a tough and volatile operating environment, enabling it to deliver favourable outcomes as shown by the 2021 financial statement.

“The performance would have been greater if the operations in the year under review were free from incessant vandalism, crude oil and products theft, among others.

“Details of the performance of NNPC and the respective subsidiaries as well as that of National Petroleum Investment Management Services (NAPIMS) will be published on our website www.nnpcgroup.com for stakeholder’s perusal.

“We look forward to achieving greater performance to support our growth aspirations and to create more value for our stakeholders as we drive full commercial operations under NNPC Ltd.,’’ he said.

Recall that in Sept. 2021, President Muhammadu Buhari approved the publication of the 2020 NNPC Group Audited Financial Statement, in which NNPC declared a profit after tax of N287 billion for the first time in 44 years.

Kyari said that in spite of the challenging operating environment, it strongly believed that the corporation had the potential to sustainably deliver better value to it esteemed shareholders.

He said it sought to become a dynamic global energy company of choice to its customers, partners and over 200 million shareholders comprising of all Nigerians.

Kyari noted that the corporation in 2019 rolled out deliberate policies and initiatives aimed at reducing costs and eliminating losses while adopting technology to entrench transparency, accountability and performance excellence (TAPE) across its various functions.

He said the NNPC had recorded significant improvement over the past three years, turning up the curve from losses to profits.

Kyari who was speaking on non-remittances by the NNPCL into the federation account since January, said they are now owing Nigeria adding that the country is owing the company N1.3 trillion.

“The company is not owing Nigeria but Nigeria owing NNPCL N1.3 trillion,” Kyari said, adding that Nigeria is in a calamitous situation over oil theft, pipeline vandalism with attendant low production.

According to them, the crime of oil theft in Nigeria has been going on for many years and specifically about 22 years ago but that the dimension and rate it assumed in recent time is unprecedented.

“As earlier stated as a result of the oil theft, Nigeria losses about 600, 000 barrels per day which is not healthy for the Nation’s economy and in particular , the legal operators in the field which had led to close down of some of their operational facilities.

“But in rising up to the highly disturbing challenge, NNPCL, has in recent time in collaboration with relevant security agencies, clamped down on the economic saboteurs.

“In the course of the clamp down within the last six weeks , 395 illegal refineries have been de – activated , 274 reservoirs destroyed, 1, 561 metal tanks destroyed, 49 trucks seized and the most striking of all, is the 4kilometeres illegal oil connection line from Forcados Terminal into the sea which had been in operation undetected for 9 solid years”, he said .

He explained further to the committee that in addressing the menace, NNPCL carried out aerial surveillance of the affected areas , and saw the economic saboteurs carrying out their activities unchallenged and unperturbed.

“The problem at hand is not only security but social as locals in most areas where the illegal refiners operate, unknowingly serve as their employees by mistaking them for operatives of licensed companies for oil exploration and production in the area”, he added.

He further added that being a problem requiring urgent solution, the Cambodia and Mexican models of involvement of non – state actors are being adopted by NNPCL with involvement of three private security companies.

“Is not abnormal to involve non – State actors for protection of oil pipelines and other critical infrastructure as done in Cambodia and Mexico which produced desired results”, he said.

On non-remittances from NNPCL into the federation account since January , Kyari told the committee members that the company is not owing Nigeria but Nigeria owing it N1.3 trillion

The chairman of the joint committee, Senator Mohammed Sabo Nakudu (APC Jigawa South West ), told the NNPCL boss to get prepared for oversight functions on Port Harcourt and Warri Refineries claimed to have been rehabilitated.