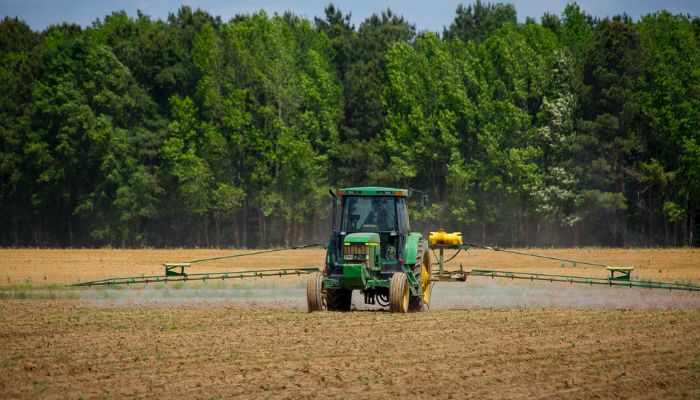 After years of abandoning agriculture and other industries for the easy cash flow from crude oil, Nigeria is now grappling with declining revenue and foreign exchange scarcity, which are limiting food imports.

Manufacturers are now looking inwards for agro substitutes as inputs for production, creating high demand and making it attractive for young entrepreneurs to seize opportunities within the agricultural value chain to create wealth.
Mansur Ahmed, president of the Manufacturers Association of Nigeria (MAN), said the sustainability of local substitutes for imported products would ensure that local capacity is deepened and more employment opportunities created.

“It is important that we continue to promote the development of local output, especially the processes used to produce them,” Mansur said.

Some raw materials like sorghum, high-quality cassava flour, ethanol, egg and chicken powder are booming in the market as brewers, fast-moving consumer goods companies and others in the country are now using a larger percentage of the products as raw materials for production.

“The brewery industry is buying more from sorghum farmers now than before,” Adamu Bature, secretary of Sorghum, Millet Farmers Association of Nigeria, said.

“Brewers make use of 70 percent sorghum as a by-product for brewing beer and malt. Nigerian Breweries’ Fayrouz brand is 100 percent sorghum,” Bature added.
According to him, the high demand from brewers shows that the crop has a huge industrial potential.

In 2017, Flour Mills of Nigeria diversified its operations into the milling of sorghum by investing N1.45 billion to tap from the opportunity.

Similarly, palm oil producers are also seeing gains from the surge in FX as most of them have been posting record revenues and profits.

For Okomu Oil, its profit grew by 55.5 percent within nine years, reaching N14 billion in 2021 from N9 billion in 2012. This was the highest profit after tax recorded, based on publicly reported financials published on the Nigerian stock exchange.
Their profits were hinged on the increase in revenue which was on the back of large local sales in the financial year.

Niji Lukas, founder of Niji Farms based in Oyo State, is one of the successful young farmers tapping the opportunities in the production of local substitutes.