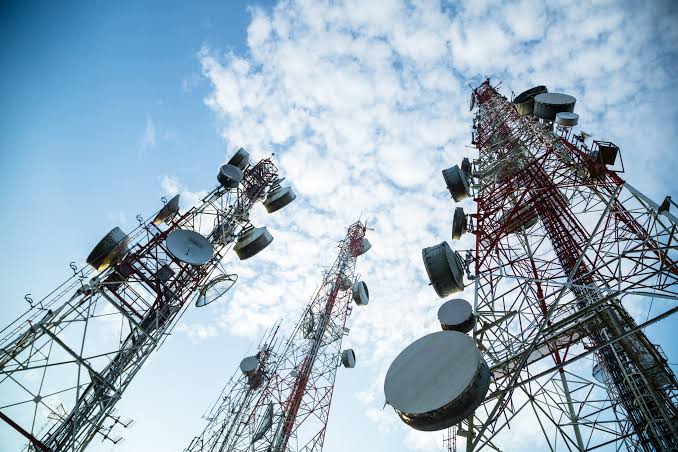 Over-Taxation is very harmful to Telecommunications growth in Nigeria- Report.

Earlier in the year, a report by SB Morgen, titled “Inside Nigeria’s Subnational Fiscal Crisis, “revealed that the telecommunications industry appears to suffer disproportionately from the problems of over-taxation in Nigeria.

The report also disclosed that there are over 40 different taxes and levies meted out on the service providers, especially, mobile network operators (MNOs) rendering telecoms services in Nigeria.

It went on to say that the aggressive taxation of this sector is impacting service quality, which has suffered a series of degradation and Nigerians suffer the consequences.

Globally today, mobile, a subsector of the telecoms industry is the main gateway to the Internet for consumers in many parts of the world, particularly in developing countries. Despite this, governments in many of these countries are increasingly imposing, in addition to general taxes, sector-specific taxes on consumers of mobile services, devices and on mobile operators.

This is said to pose a significant risk to the growth of the services among citizens, limiting the widely acknowledged social and economic benefits associated with the telecommunications sector.

It is on this note that the recently proposed five per cent excise duty on telecoms services (calls, SMS, and data) has been described as a misfit of a policy by stakeholders, going by other several taxes that have been slammed on the sector, whose brunt are largely borne by subscribers.

While the Ministry of Communications and Digital Economy and the Nigerian Communications Commission (NCC) have recognised the importance of policies that support the ICT sector, resulting in digital agendas that set ambitious connectivity objectives, the Minister of Finance, Budget and National Planning, Zainab Ahmed, seems not to align with the need to digitise the economy, following her call that more taxes should rather be slammed on the telecoms sector.

Speaking through her Special Adviser on Media, Tanko Abdullahi, some weeks back, the finance minister cited the Finance Act 2020 as the enabling legislation for the tax on all voice calls, SMS and data services, in addition to the existing 7.5per cent Value Added Tax (VAT) paid on goods and services across all sectors of the economy. The addition of another five per cent would result in subscribers having to pay as much as 12.5 per cent tax on calls, data, among others.

In apparent dislike for the policy, the Minister of Communications and Digital Economy, Dr. Isa Pantami, opposed the planned five per cent excise duty on telecoms services, insisting that such a plan is detrimental to the growth of telecoms in Nigeria.

Pantami in Lagos, said he would explore every legitimate means to stop the planned five per cent excise duty tax on the telecoms sector.

Pantami faulted the timing and process of imposing the tax on the industry, insisting that part of the responsibility of a responsive government is not to increase the problems of the citizens.

Pantami urged the tax masters to expand the scope of other sectors that are not contributing to the economy to do so.

“We must come together and salvage the sector. Only the telecoms sector contributed 13 percent and you want to add more. This is unacceptable,” Pantami added.

On his part, Chairman of the Association of Licensed Telecoms Operators of Nigeria (ALTON), Gbenga Adebayo, insisted that the new tax burden would be passed to subscribers.

According to him, “it is a strange move, it appears a bit unusual. Excise duty is supposed to be apportioned to goods and products, but we are surprised this is on services. We will continue to support the government but ALTON won’t be able to subsidise this on behalf of subscribers in addition to the 7.5 per cent VAT, making it12.5 per cent payable by subscribers to the Federal Government.

“We currently pay a lot of taxes, running over 39 of them, so we can’t add more to the existing burden. We won’t be able to absorb this on behalf of subscribers.”