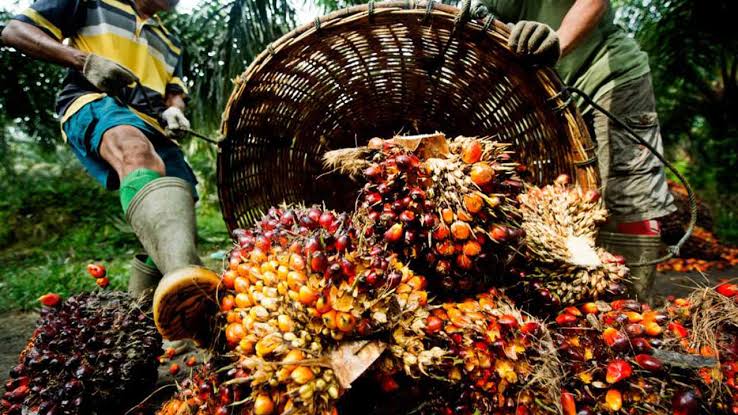 Palm oil producers in Nigeria could not resist the allure of the dollar as they exported the commodity in the third quarter of this year, for the first time in over three years, data from the National Bureau of Statistics (NBS) show.

Nigeria is the world’s fifth-largest palm oil producer but is a net importer of the commodity as it has huge local demand.

Kayode Eseyin, a research analyst with CardinalStone Partners, said the demand-supply gap owing to reliance on subsistent or inefficient farming, insecurity, and inadequate access to credit has made the country a net importer of palm oil.

“However, the current allure of hard currency is proving too hard to ignore for local producers,” he said.

Eseyin said the Nigerian palm oil industry is very fragmented and dominated by numerous small-scale farmers, who account for 80 percent of local production and most of these farmers are not attuned to modern farming practices, meaning their yields and output are way lower than it could otherwise be.

With Nigeria exporting the little palm oil produced despite the local demand-supply gap, the gap is guaranteed to widen and palm oil imports are expected to surge.

Eseyin likened the current situation to the time when the Indonesian government had to place a ban on palm oil exports altogether. “Everyone was exporting despite shortages in the country. However, for Nigeria, this could lead to a higher import bill for those who can get dollars for import or outright shortage as demand isn’t filled,” he said.

According to the United States Department of Agriculture (USDA), the production of palm oil in Nigeria reached 1.4 million metric tonnes (MT) in 2022, a 9 percent uptick from 2020/21 when production stood at 1.28 million MT.

“Around 1.8 million MT of palm oil were expected to be consumed in Nigeria as of the 2021/2022 crop year,” Agro Nigeria said recently.

This indicates that the farm product is one of the major crops in the country with a growing domestic need.

In the face of years of declining output growth and growing local demand, Nigeria’s production deficit has widened considerably, and on average, over the last five years, around 25 percent of yearly domestic palm oil consumed in the country was imported.

Based on a USDA estimate, local production accounts for around 78 percent of consumption, and Nigeria consumed two million MT in 2021, leaving a deficit of 0.6 million MT between 2012 and 2021.

“Nigeria is, therefore, a net importer of palm oil, with annual imports of about 400,000 tonnes per annum (average over the last five years), which we believe presents an opportunity for investments in both production and refining,” CSL Stockbrokers Limited said in a recent report on the commodity.

In a bid to close the demand-supply gap and encourage local investment, the Federal Government included refined palm oil as one of the items that importers are restricted from accessing foreign exchange for at the interbank market. Also, an increased duty charge of 35 percent on crude palm oil (CPO) was introduced.

In addition to the above policy measures, the Central Bank of Nigeria (CBN) launched a series of intervention schemes, which include the Anchor Borrowers Programme. The programme is designed to provide single-digit interest rates on loans to farmers through deposit money banks and other participating financial institutions.

For the palm oil sector, the interest on the loan facility is 9 percent per annum. In 2019, the Federal Government also mandated the CBN to support corporate bodies and individuals that are engaged in the production of 10 specified agricultural commodities, including palm oil.

In 2021, the government, through the CBN, launched a $500 million loan oil palm producer (i.e., including smallholders and big plantations) programme with low-interest rates.

The aim is to increase local production by 700 percent by 2027. Private companies are developing new estates with early and high-yielding oil palm seedlings varieties. These companies are also investing in technology to boost extracting and crushing processes.

Other initiatives, such as the Edo State Oil Palm Programme, will likely boost production. The Nigerian Institute for Oil Palm Research has also increased the production of higher-yield oil palm seeds in the country.