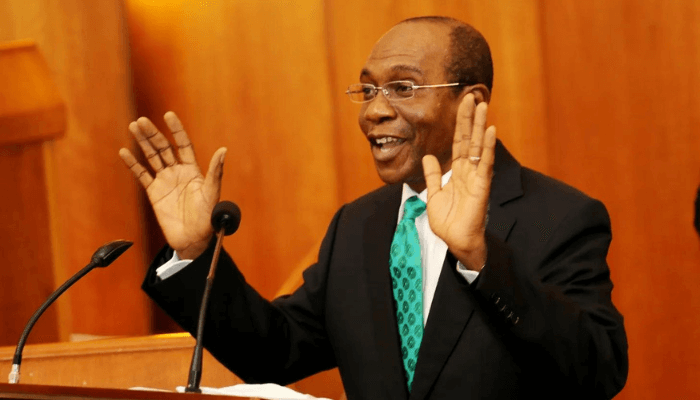 Senate Threatens to Arrest Emefiele, others over N500b DBN Fund

Senate Adhoc Committee on disbursement of N500 billion development fund across the six geo-political zones by the Development Bank of Nigeria, (DBN) has threatened to issue a warrant of arrest on the Governor of Central Bank of Nigeria (CBN) Godwin Emefiele and heads of affected financial institutions for failing to appear before the committee.

Heads of the five agencies incurred the wrath of the Committee with their conspicuous absence at investigative hearing carried out on Wednesday on the alleged uneven disbursement of N500 billion development fund.

Irked by their absence at the session, the Chairman of the Committee, Musa said out of the eight relevant government agencies needed for the investigation, five were invited to appear before the committee at the Wednesday session.

“Out of these five, only two came while the remaining three which are the CBN, BOI and NIRSAL, were conspicuously absent without any letter from them explaining why.

“Assignment before this committee is a very important one, requiring cooperation and compliance from all those linked to issues at hand.

“MD of DBN and his counterpart from the Bank of Agriculture are here for required clarifications and explanations, making it mandatory for CBN Governor, MD of BoI and DG of NISRAL to appear unfailingly in subsequent sessions or risk being coerced through issuance of warrant of arrest,” he said.

He added that Ministers of Finance, Budget and National Planning, Zainab Ahmed; Trade and Investment, Adeniyi Adebayo, and Humanitarian Affairs, Disaster Management and Social Development, Sadiya Farouq, will appear before the Committee on Thursday this week for required submissions on roles played in the alleged uneven disbursement of funds.

But in his submission before the Committee, the Managing Director of DBN, Tony Okpanachi denied deliberate lopsidedness in the disbursement of the fund.

He said laid down criteria set by the Central Bank of Nigeria were used for fund disbursement.

“Our lending has criteria and they are the same with those set by the Central Bank of Nigeria,” he said.

He explained that for a business to qualify for the DBN loan, it must have less than 250 employees and must not have done a turnover of more than N1.1 billion.

“We do a risk assessment of the participating financial institutions (PFIs) before they begin to lend to businesses. We don’t want to give out money and the money fritters away. So we track the end users of the loans yearly,” he said.

He added that the location of the registered MSMEs in Nigeria also explained the reason for the loan’s disbursement.

StatIstically, he explained to the Committee members that out of the registered MSMEs across Nigeria, Lagos alone has 25%, South West 23%, South South 18%, South East 10%, North Central 10%, North West 9%, FCT 4% and North East 2%.

He however informed the Committee that DBN has asked participating financial institutions to build the capacity of small-scale businesses, and train them on how to structure their businesses for them to be able to access the loans.

“For DBN, it’s a continuous process to get more businesses on board,” he stressed.