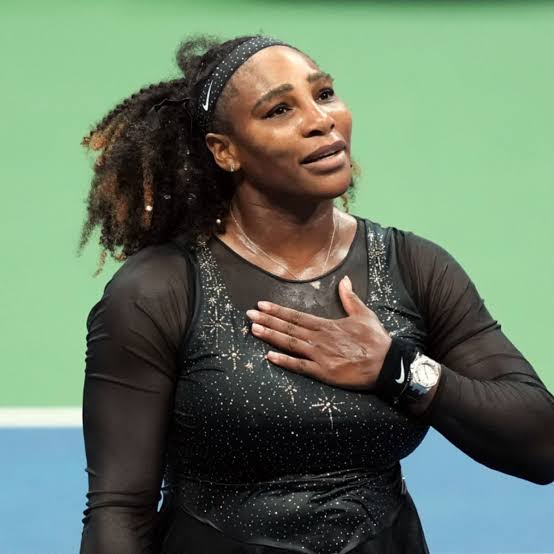 Serena Williams’ defeat at the US Open on Friday in the final match of her glittering career was the most-watched tennis telecast in ESPN’s 43-year history.

Williams played alongside her sister Venus and took the tennis world by storm when they emerged from the courts of Compton, California as teenagers and went on to dominate and change the face of the predominantly white sport.

The winner of 23 Grand Slam singles tournaments, Williams, transcended the sport and her likely departure from competitive tennis to focus on growing her family and business interests led to a flood of tributes from athletes, celebrities and politicians.

Serena was hailed home and abroad, with fans not minding her last defeat, but saw her as the ‘Greatest of All Time.’

‘These are the most-viewed first five days of the US Open on record on ESPN networks,’ ESPN also said in a press release.

A spokesman for the network, whose stable of tennis analysts include former stars Chris Evert, John McEnroe and Caroline Wozniacki, last week told Reuters that the network would be happy to discuss the possibility of bringing Williams into the broadcast booth if she wanted to go in that direction in retirement.

Williams revealed in an interview with Vogue last month that she intends to ‘evolve away’ from tennis and it is expected that her appearance in Flushing Meadows was her final tournament.

Williams is ready to focus more on herself. The 40-year-old said after her final match, “I’m ready to be a mom and explore a different version of Serena.

“And technically in the world I’m still super young so I want to have a little bit of a life while I’m still walking,’ she added with a little chuckle.

In her on-court interview, Williams appeared to leave the door slightly ajar to a comeback. Asked if that was the case she replied: ‘I think so, you never know,’ before leaving the court promptly.

Daily reported that Williams had breezed past Danka Kovinic in the opening round of the Grand Slam before stunning World No. 2 Anett Kontaveit on Wednesday.