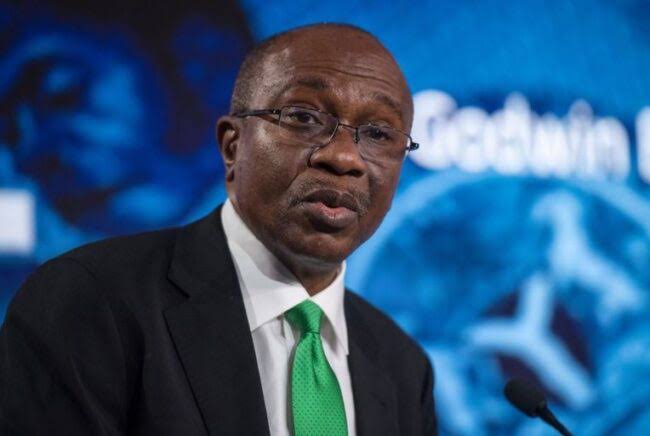 A coalition of Civil Society Groups has urged the Department of State Services to stop its alleged witch-hunt against the Governor of the Central Bank of Nigeria, Godwin Emefiele.

The groups made the call during a rally held at the gates of the Nigeria Television Authority, Area 11, in Garki Abuja, on Wednesday.

The president of the group, Bassey Etuk, said the allegations of terrorism against the CBN governor were unfounded, and were an attack against him by aggrieved politicians for making monetary policies that stopped their plans to rig the 2023 elections. He noted that the proposed arrest of Emefiele, through a motion filed to the Federal High Court, would set Nigeria backward, rather than forward, and that Emefiele should be left alone to do the job that he had been mandated to do.

In his address, Etuk called on the DSS not to allow politicians to influence its professional ethics, noting that the charges were an affront against the administration of the President, Major General Muhammadu Buhari (retd.).

“Our attention was once again drawn to the recent motion ex parte brought before a Federal High Court in Abuja by men of the DSS wherein they sought relief to arrest and detain the CBN governor, Godwin Emefiele, based on trumped-up charges of financing terrorism, economic crime and crime of national security. This motion was surprisingly done without concrete evidence to prove the frivolous allegations against the workaholic CBN governor that the country cannot forget easily, based on his several transformed economic and monetary policies approved by President Buhari for implementation.

“We are surprised to note the division that exists among top government officials of this regime. While the CBN governor was in faraway US on the entourage of President Buhari, another arm is seeking his arrest back home on trumped-up charges without the consent of the President. The questions that beg for answer is, who gave such directives. Is Mr. President aware of this allegation before moving in to effect arrest via a court order? On whose interest is the DSS really working?

“The civil society movement has great respect for the DG SSS, who we know as a fine gentleman, but we feel that the trumped-up charges are a product of unfounded petition, generated by unscrupulous politicians whose fraudulent activities had been cut short by the wonderful and brilliant policies of the central bank governor. We wonder why they left their main mandate and allowed the troubled political class to influence their professional ethics.

“The CBN governor has served diligently for seven years and the DSS (for) this period didn’t discover this until the recently introduced monetary policy, a policy that majorly affects most of our political class. This is an affront on the government of President Buhari, and we implore (the) Presidency to get to the root of the move aimed to further ridicule and bring to disrepute the office of the President.

“We as a group hereby reiterate our unalloyed support for President Muhammadu Buhari and the CBN governor, Godwin Emefiele, while urging the CBN governor to further the implementation of his policies, aimed at further combating inflation, while we warn the distractors and naysayers to allow him deliver on his mandate. The era of cash stuffing at home has gone and won’t come back again. We won’t be deterred to take further actions if this blackmail to remove him from office does not stop now”.

The PUNCH reports that the group held an earlier protest last week, demanding the arrest of Gudaji Kazaure, who had made allegations of a missing N89 trillion stamp duty charge under the watch of the CBN governor Godwin Emefiele.