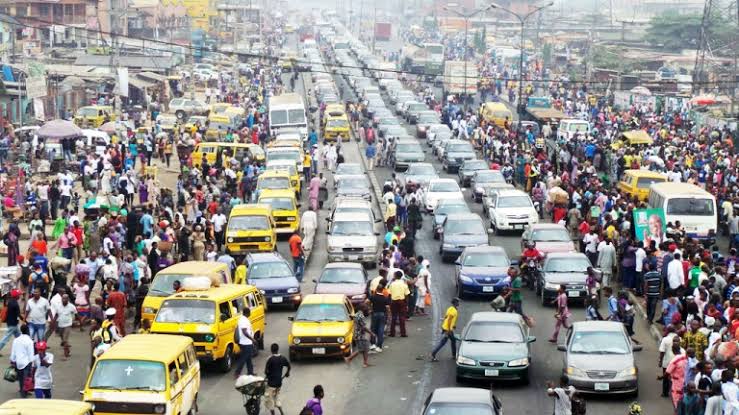 It was a hectic time for travellers and motorists plying  Lagos airport road , yesterday,  as leadership of the National Association of Nigerian Students (NANS) took over the Murtala Muhammed  International Airport (MMIA) Road, in protest against the seven-month old industrial action by the Academic Staff Union of Universities (ASUU).

The resultant effect was that many travellers missed their flights, while motorists shunned the road to avoid being caught up in a likely scuffle.

Those who dared were stranded as the students, who converged on the road as early as 5:0a.m. defied the heavy downpour to remain on the road.

Some parents, who joined the protest, asked the Federal government to meet ASUU’s demands to avoid a repeat of the EndSARS protest

The NANS public relations officer Southwest, Comrade Awoyinfa Opeoluwa, said the students will not back off from protesting, until they return to class:

He said:  “After following the first and second C of Aluta, which are Consultation and Consolidation, this is the third C which is, confrontation.  So, we are taking it to the first- class citizens, because we have demonstrated on the Lagos-Ibadan-Gbongan, and Ore-Benin expressways. We are here, so that the first-class citizens and foreigners going outside the country can come to our aid and beg the Federal Government to bring students back on campuses.

“We didn’t jump into protest. We once had a meeting with the authorities and issued a threat to shutdown the airport three months ago, but they never took us serious. Over seven months, they are wasting our time.

“This protest is a sustained one, no retreat, no surrender, until the strike is called off. Our protest cannot be hijacked. We are protesting under the rain. So, nothing will stop us.”

A traveller, who could not continue his trip as a result of the protest said: “This is just to prove to us that we don’t have a responsive government in Nigeria. The children are doing the right thing with this protest.

“I was in the gridlock for hours before coming down, just not to avoid missing my flight. I wanted to go through Ikeja, but it was blocked. So ,I had to come through Oshodi and discovered it was blocked too, it’s really bad.

“Government must respond to the request of ASUU and let the children go back to school. There is no parent who has a child in school and will be happy  to have them at home for seven months.”

Speaking on the situation, Deputy Commissioner of Police, Operation, Airport, Kayode Sunday, said: “We have engaged the students and the Lagos State Police Command also supported us. We are asking the students to sheath their swords. Nobody is happy that the students are staying at home. However, we are asking them not to block the road, because this is an international corridor, but we are managing them and they are also cooperating with us. They are not violent and we are not allowing miscreants to hijack the protest.”